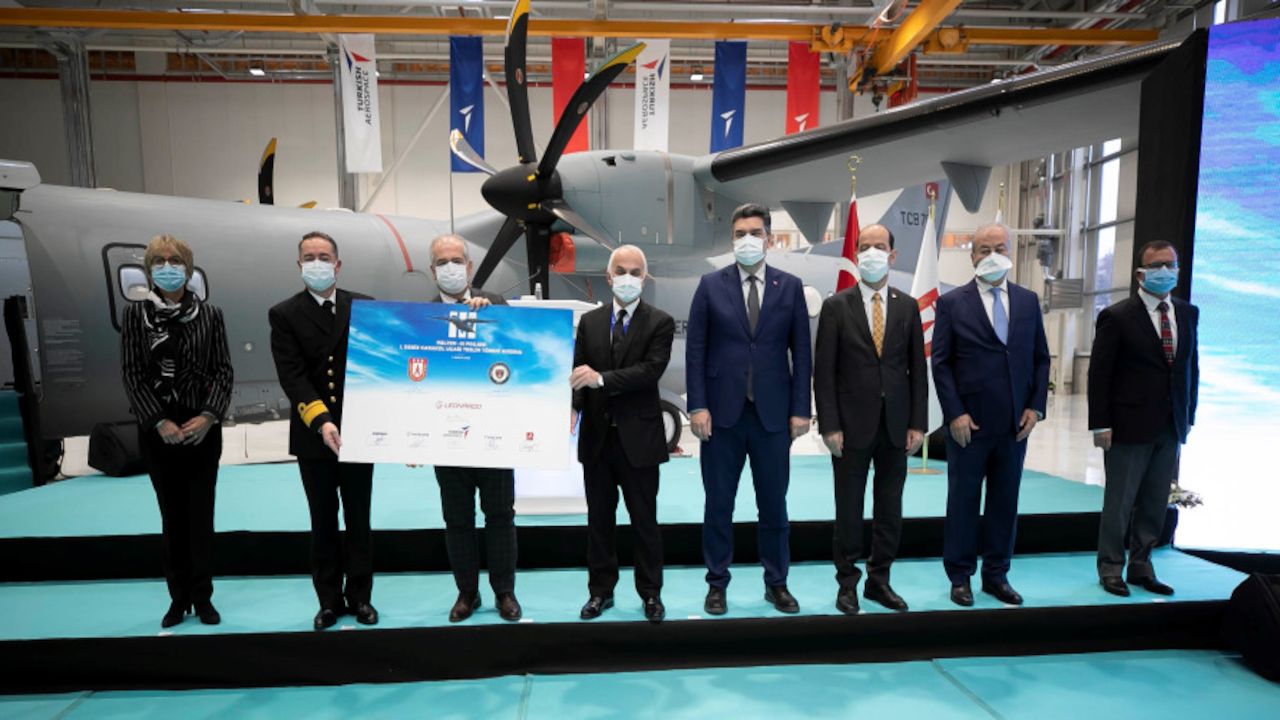 The first P-72 Maritime Patrol Aircraft of the MELTEM-3 Project carried out by the Presidency of Turkish Defence Industries was delivered to the Naval Forces Command in a ceremony held at Turkish Aerospace Industries (TAI).

Six P235s were produced as a part of the Meltem Project and was added to the Turkish Navy's inventory in 2014 and Turkey continues to use these maritime patrol aircrafts in missions from the Black Sea to the Aegean and from the Eastern Mediterranean to the Libyan coast.

The Meltem-3 project covers the procurement of a total of 6 ATR72-600 aircrafts designated P-72 and their modification into Anti-Submarine Warfare (ASW) configuration for the Turkish Navy.

Entering the inventory of the Turkish Naval Forces, The P-72 Naval Patrol Aircraft will be an important force multiplier for the patrol, control and protection of the Mavi Vatan/Blue Homeland region with a coastline of more than 8300 km long.

The P-72s are designed as multi-role assets to satisfy the Turkish Navy maritime patrol requirement. The aircraft will see the integration of the Thales AMASCOS mission system and will include new functionalities such as AIS, Link 11 and 16 and the last generation weapon systems, like the M 46 and Mk 54 Light Weight Torpedoes.

P-72 is the Turkish Navy version of the ATR 72ASW (Anti-Submarine Warfare), a highly effective, middle-size, anti-submarine aircraft with competitive acquisition and operational costs. The aircraft is the only modern, middle-size aircraft available in the market, equipped with state-of-the-art mission sensors, and capable of carrying out maritime patrol and anti- submarine warfare tasks.

The role of domestic and national industry in the project

Turkish defense industry plays a huge role in the project as well. Detail part production, aircraft modification, material supply, ground and flight test support and Integrated Logistics Support activities and many other processes were carried out by TAI.

Critical equipment for the aircraft have been procured from ASELSAN, where the Link 11 and Link 16 systems integrated on the aircraft are developed by MİLSOFT. The ground command and control station has been upgraded by HAVELSAN to support the P-72 aircraft.