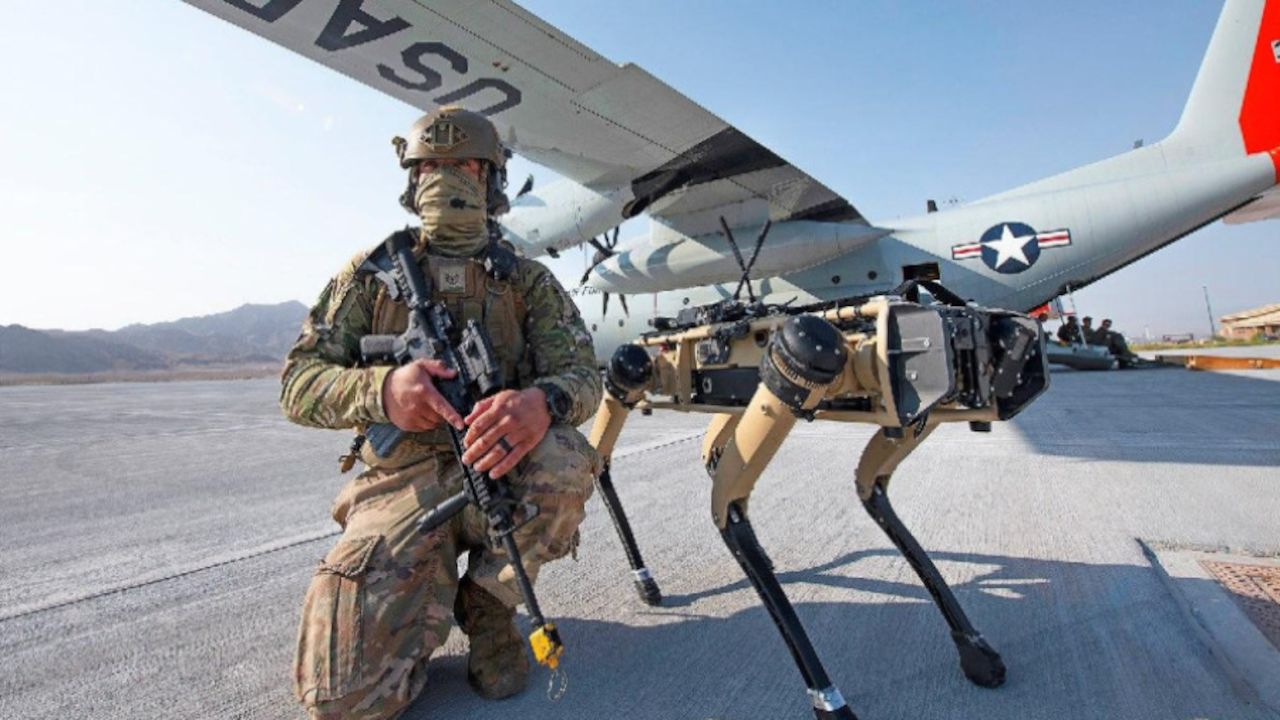 The highlight of last week’s demonstration was the use of multiple distributed sensors to detect and shoot down mock Russian cruise missiles. The system involves 5G and 4G networks, cloud computing systems, and AI systems to provide an unprecedented level of situational awareness and course of action decision making.

The demonstration, in which 60 teams participated, was conducted in 70 different regions.

In addition to testing the data-gathering and sharing systems, the event also saw the Air Force using quadrupedal “dog” robots for perimeter defense at Nellis Air Force Base. The robots were built by Ghost Robotics and were intended to be a part of the ABMS test which took place earlier this year, but bandwidth issues prevented their use during that event.

The specific model tested at the September ABMS test at Nellis AFB is known as a Vision 60. The Vision 60 is what Ghost Robotics calls a Q-UGV, or Quadrupedal Unmanned Ground Vehicle. The Vision 60 is designed for tasks such as remote inspection, Intelligence, Surveillance, Reconnaissance (ISR) missions, mapping, distributed communications, and persistent security.

The robot “dogs” are more advanced than the previously used unmanned land vehicles.

ABMS is a top modernization priority for the Department of the Air Force, which is dedicated $3.3 billion over five years to develop and deploy the architecture and related systems. Senior Air Force leaders cite the system as one of the most pressing capabilities for success in several key theaters of operations.