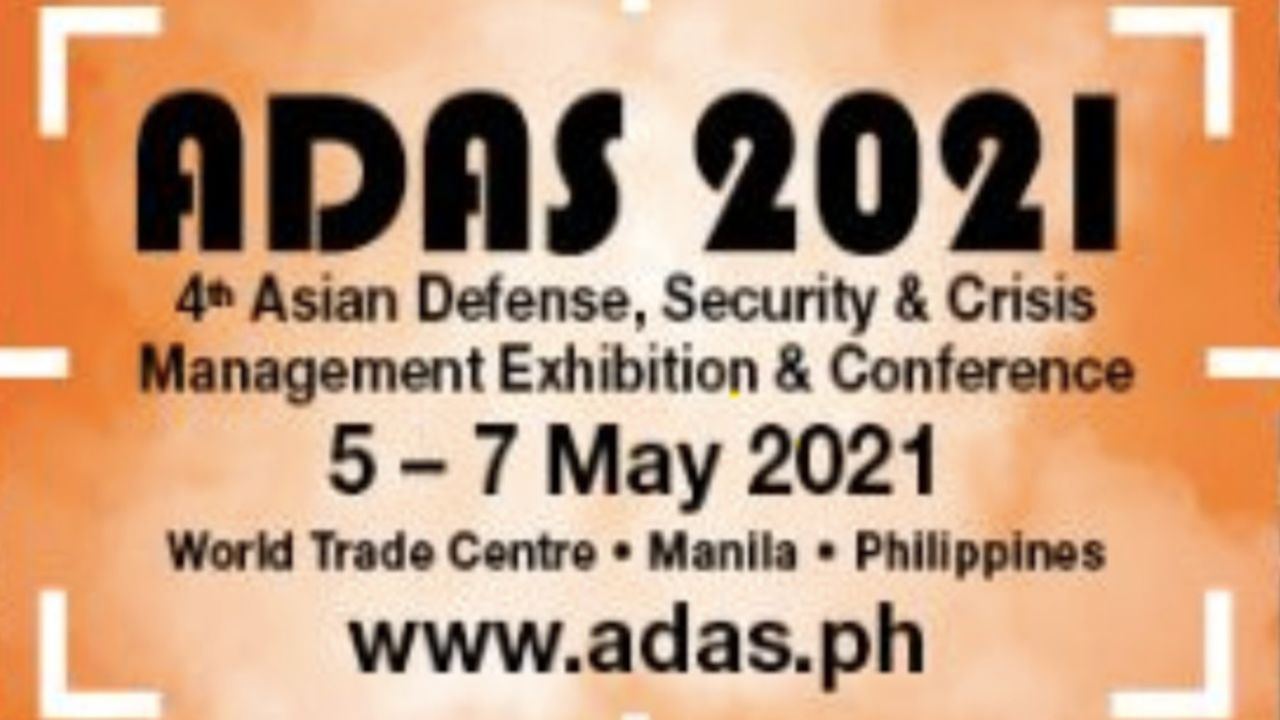 The Asian Defense and Security Crisis and Disaster Management Exhibition and Conference, ADAS will be held between May 5 and 7 in Philippines.

ADAS 2021 continues to attract a significant number of international exhibitors from around the world to Manila in May 2021.

ADAS is working closely with the Department of National Defense, the National Security Council, the Armed Forces of the Philippines, the Philippine National Police, the Philippine Coast Guard and many other defense and security agencies to meet participating exhibitors in the Show in order to fully evaluate their ongoing modernization and upgrading requirements.

ADAS will showcase the largest array of modern technologies and systems will be shown by hundreds of leading and world-renowned defense, security, and crisis management manufacturers and companies, not only from the Philippines but also from other countries.

Following the launch in 2014, the second edition in the Series, ADAS 2016 grew by 42%, reaffirming its position as The Philippines’ Flagship Defense and Security Event. Living up to its recognized stature in the international defense industry, the third event ADAS 2018 grew by another 30%.

In 2018's exhibition ADAS continued to grow and attracted 156 international exhibitors from 32 countries, drawing 9,100 quality visitors from 57 countries, securing its position as Philippines’ Flagship Defense and Security Event and status as an established show in the industry.