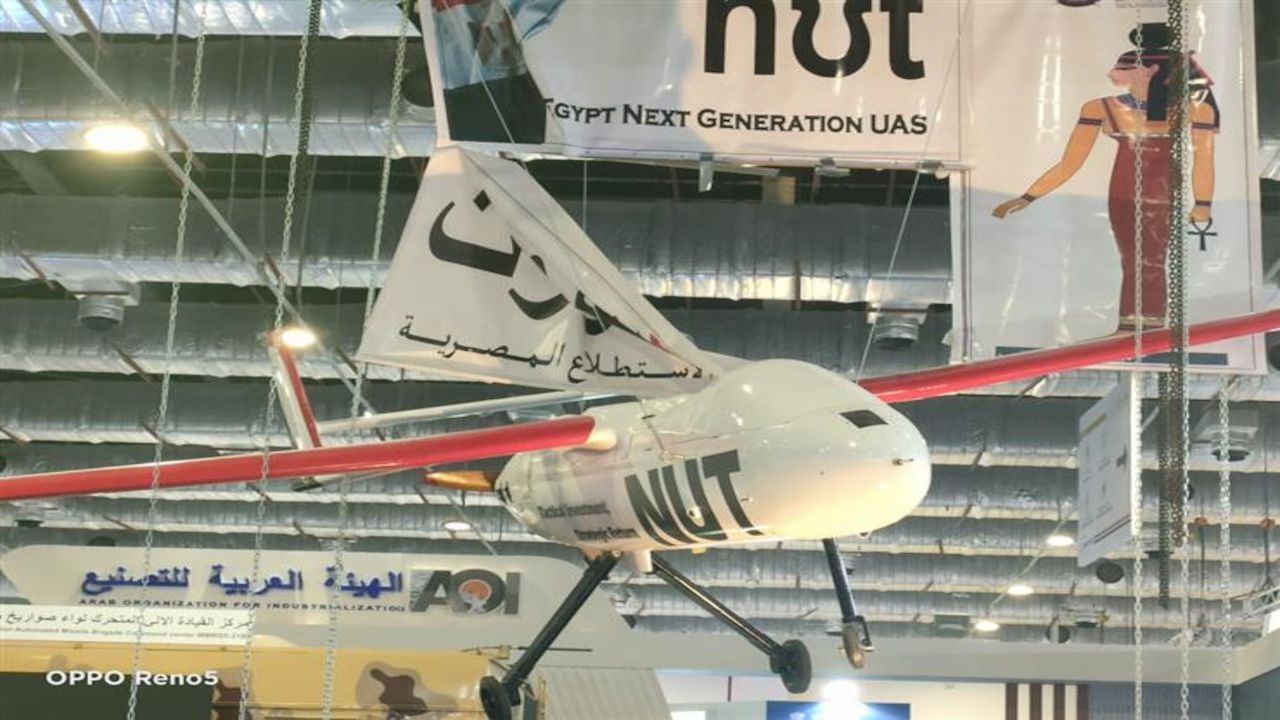 Developed by Arab Organization for Industrialization, an Egypt-based Arab military organization, Nut was displayed for the first time at Egypt Defense Expo (EDEX 2021).

The Egyptian President Abdel Fatah al-Sisi inspected a model of Nut”, which is named after Ancient Egyptian goddess of the sky.

The UAV is produced within the Egyptian Armed Forces’ strategy to localize the aerospace industry, in cooperation between Egypt’s Military Technical College and the Arab Organization for Industrialization’s Aircraft Factory.

EDEX 2021 kicked off in Cairo Monday as it was inaugurated by President Sisi who welcomed foreign military commanders and delegations attending the event taking place until December 2.

EDEX 2021 houses the pavilions of Egypt, Saudi Arabia, UAE, France, United States and South Korea among others. More than 300 companies belonging to 18 countries, including Egypt, are exhibiting their products at EDEX 2021, which is visited by 76 foreign military delegations.