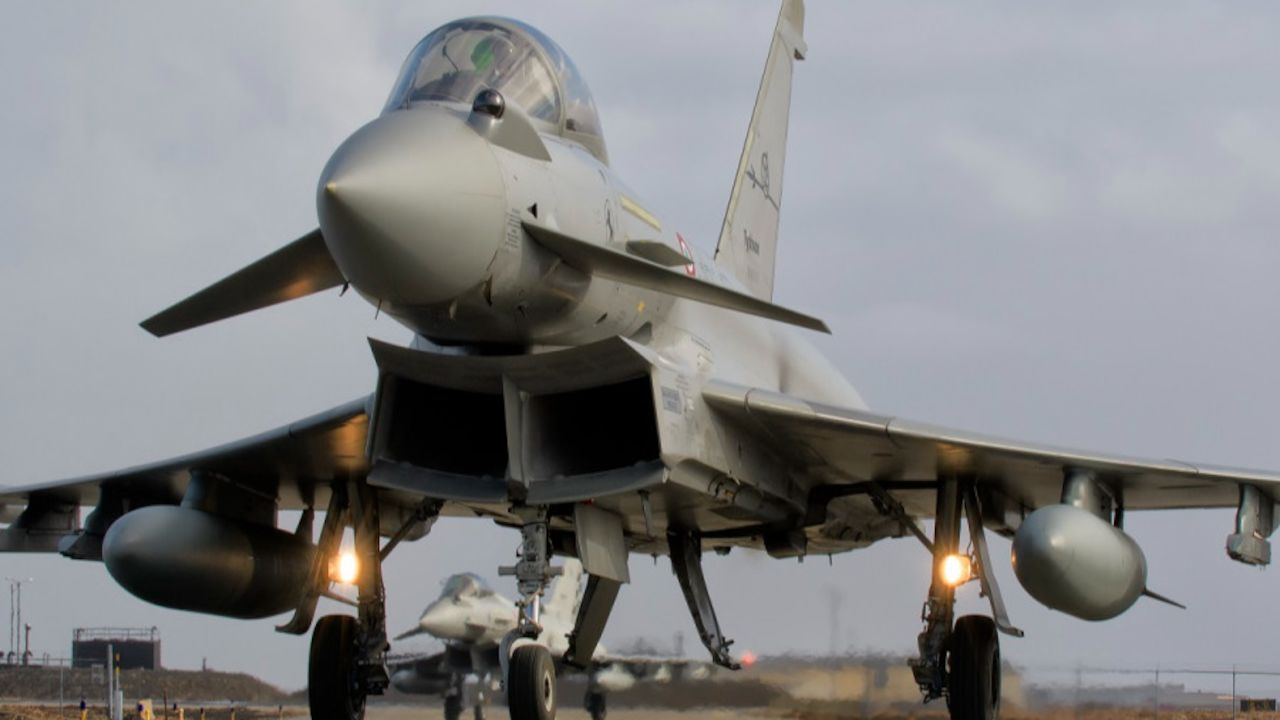 "The collaboration path we are celebrating today, embodied by an aircraft with extraordinary capabilities, is the result of a long-term supranational strategic, political, and industrial vision, which has allowed Europe to have its own security asset, and benefit from a programme that has been able to represent a technological accelerator and a unique engine of development in the history of our continent”, declared Alessandro Profumo, CEO of Leonardo. “The Eurofighter Typhoon will be a pivotal element in the path of innovation which is aimed at fully safeguarding European technological sovereignty in the coming years", he added.

“The delivery of the last aircraft, which completes the Eurofighter fleet, is the main asset of a complex and diversified national and NATO air defence system, is a major programme milestone,” Italian Air Force Chief of Staff, Gen. Alberto Rosso said at the hand-over ceremony of the aircraft, which is destined to the Italian Air Force’s 51st Wing Istrana Air Base. “The aircraft has proven to be a reliable, flexible, and versatile asset, and is ready to face new technological challenges to continue to guarantee the highest level of safety across the Italian skies and protection of national interest. This is thanks to a wide range of operational capabilities which complement air defence duties such as Intelligence Surveillance Reconnaissance (ISR) and attack (swing role). Today’s aircraft capabilities are the result of a long-term close and effective cooperation between the national defence industry and the Italian Air Force; a synergy that, further supports and empowers the country system, and allows us effectively to carry out our daily mission, the protection of people.”

The Eurofighter was designed as an open architecture, with a well-defined programme of technological updating and improvement that guarantees its competitiveness throughout its life cycle. Constantly evolving technologies, both on board the aircraft and in the context of logistical support, increase its operational effectiveness, survivability, and efficient management. The Eurofighter programme is a cornerstone in the development of European aerospace and defence technologies and provides the industries involved with technological leadership that will guarantee competitiveness for many next generation programmes.

Leonardo represents with its activities about 36% of the value of the entire programme, with its key role in the aeronautical components and in the on-board electronics, which sees the Company responsible for two primary sensors (radar and IRST) as well as other fundamental avionic technologies.

Leonardo also plays a key role in the evolution of the Eurofighter thanks to the new AESA (Active Electronically Scanned Array) radar, which increases the aircraft's performance and competitiveness, which, in turn, will enhance the targeting of a significant proportion of the international market over the next decade. The Caselle plant is now producing the Kuwait Air Force’s Eurofighters, the first ones are to be delivered in this highly advanced configuration.