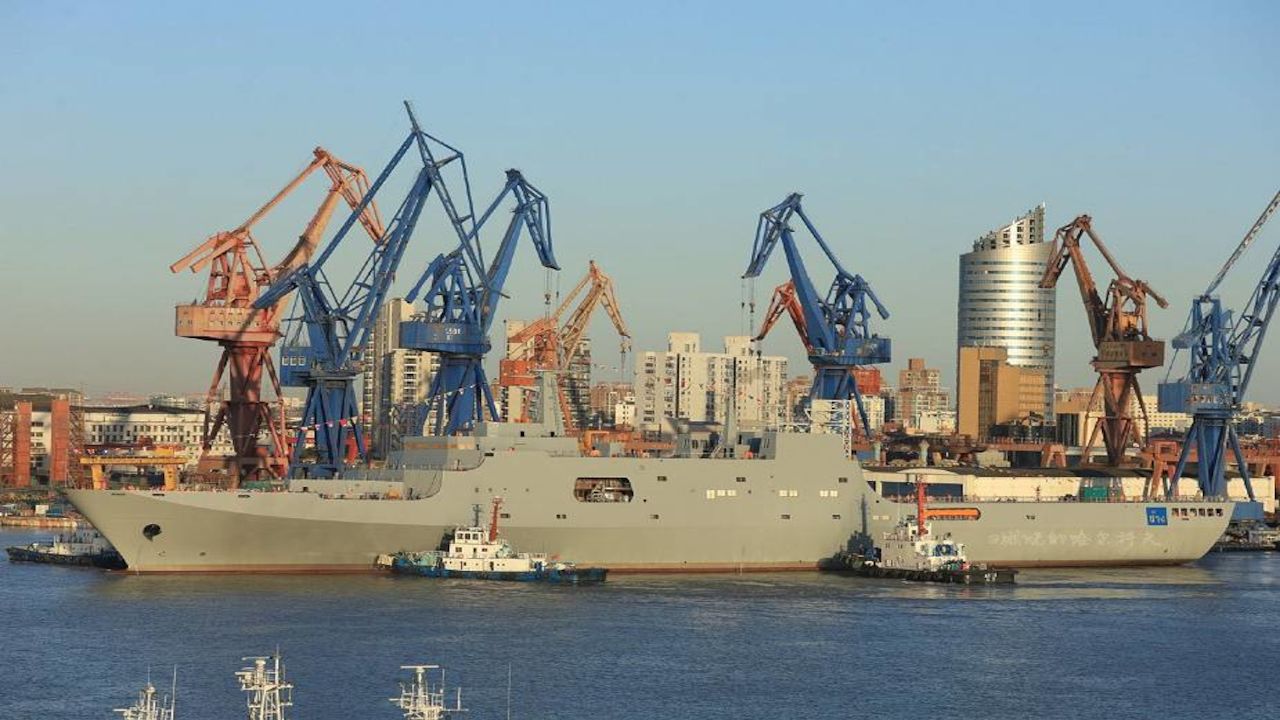 According to Navy Recognition China recently launched a new ship it had built for the Thai Navy.

At the Chinese Hudong Zhonghua shipyard, a new Type-071E landing ship, intended for the Thai Navy, was recently launched into the waters.

The Type-071 ship can carry 800 soldiers with their full military equipment. It is also equipped with platforms to carry two helicopters, in addition to 4 attack boats. It can also carry 20 vehicles, such as infantry armored vehicles and light tanks.