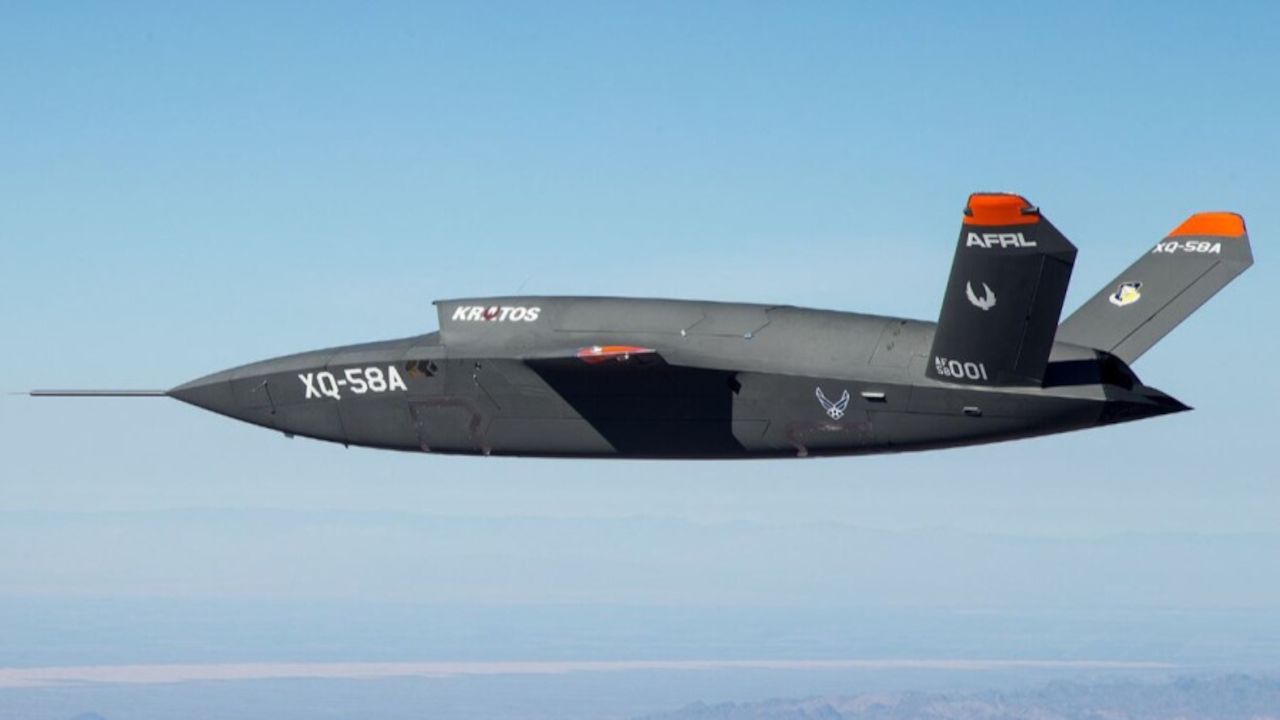 Boeing, General Atomics and Kratos will create prototypes for the Air Force’s Skyborg program and have a mere five months to build the first test vehicles of the autonomous combat drone.

As part of the Skyborg program, the Air Force hopes to build a family of low-cost, attritable drones that can be reused, but are cheap enough that losses in combat can be financially and operationally tolerated. The project is meant to produce a family of uncrewed aerial systems that can move into contested spaces and conduct aerial missions that might be too dangerous for human pilots to perform.

The Air Force announced contract awards Dec. 7 for the three companies that will produce prototypes for the air vehicle portion of Skyborg and compete in a series of experiments in the hopes of winning a production contract.

Three companies are under contract for a two-year period of performance:

Military officials expect the first prototypes to be delivered no later than May 2021 for initial flight tests. The prototypes will then proceed into flight experiments beginning in July 2021 that will test each drones’ ability to team with manned aircraft, the service stated in a news release.

“This award is a major step forward for our game-changing Skyborg capability — this award supporting our operational experimentation is truly where concepts become realities,” said Brig. Gen. Dale White, head of the Air Force’s program executive office for fighters and advanced aircraft, which manages the program alongside the Air Force Research Laboratory.

One key differentiator between Skyborg and past combat drone programs is the development of artificial intelligence that will allow the aircraft to operate autonomously and potentially learn from prior training missions.

Over the past several months, the program has focused on developing the technologies necessary for the “Autonomous Core System,” the hardware and software that will enable the Skyborg drone to operate semi-independently from a human operator, who will be able to issue commands but will not have to physically fly the system. The system is being designed by Leidos, using input from the Air Force and other Skyborg vendors.

After prototypes are delivered, the Air Force will outfit them with that autonomy module. The three prototype manufacturers must also prove their aircraft is capable of incorporating payloads and mission systems being supplied by the other 10 companies on contract to potentially supply capabilities for the Skyborg program.

In July and September, the Air Force awarded indefinite delivery, indefinite quantity contract worth up to $400 million to establish a pool of 13 vendors that would compete to offer Skyborg hardware and software — everything from the drones themselves, to sensors, weapons and algorithms.

“There will be competition throughout the entire period of performance of these awards. The effort will consist of multiple phases, meant to continue evaluation of the performance of the vendors,” the service stated.