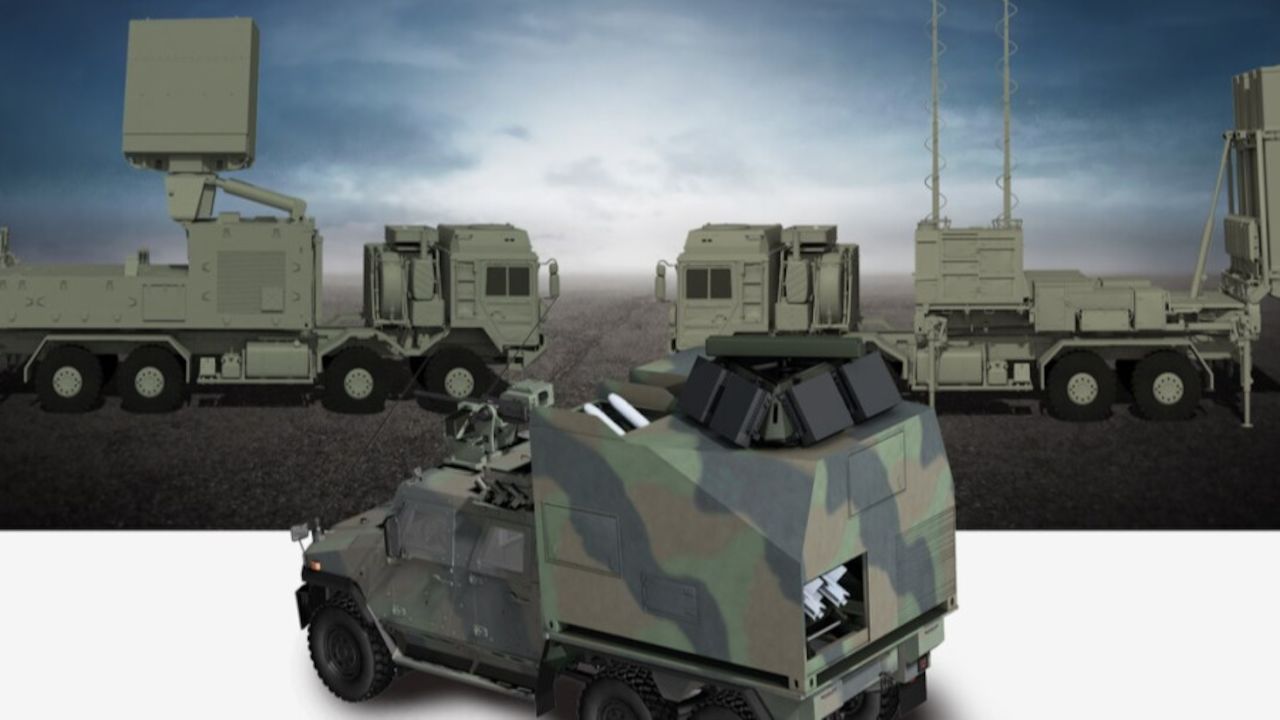 German contractors Rheinmetall, Hensoldt and Diehl Defence have teamed up to bid on the country’s envisioned short-range, air-defense program, the companies said Tuesday.

The announcement comes days after defense officials in Berlin announced they had shelved a more comprehensive defensive system against sophisticated ballistic missiles, dubbed TLVS for short, in favor of counter-drone and anti-aircraft weapons at closer ranges.

The German military’s planned lower-tier defense system – abbreviated as LVS NNbS – is meant to intercept aircraft, combat helicopters and cruise missiles. It features Diehl’s Iris-T SL-M missile to be fired out of truck-mounted, vertical launchers, the same type that was eyed as a lower-cost option to the Lockheed Martin interceptor in TLVS, according to a Diehl spokesman.

Also included in the three companies’ offer is a Hensoldt tracking radar, mounted on a separate truck, and a notional armored vehicle that can shoot an air-to-air variant of the Iris-T missile while on the move, the spokesman explained.

“The three companies aim to provide a national, low-risk solution that will be quickly available thanks to the use of commercially available systems and system components,” read a joint statement by the contractors.

The companies played up their strictly German arrangement, arguing jobs and know-how would remain local if the team were picked for the program.

It is still unclear how the defense ministry will approach the competition, and whether there is money for it in the first place.

“It is telling that a new short-range, air-defense system is not included in budget plans, even though it would cost only a fraction of TLVS,” reads a statement Lindner released when defense leaders announced a new emphasis on shorter-range threats.