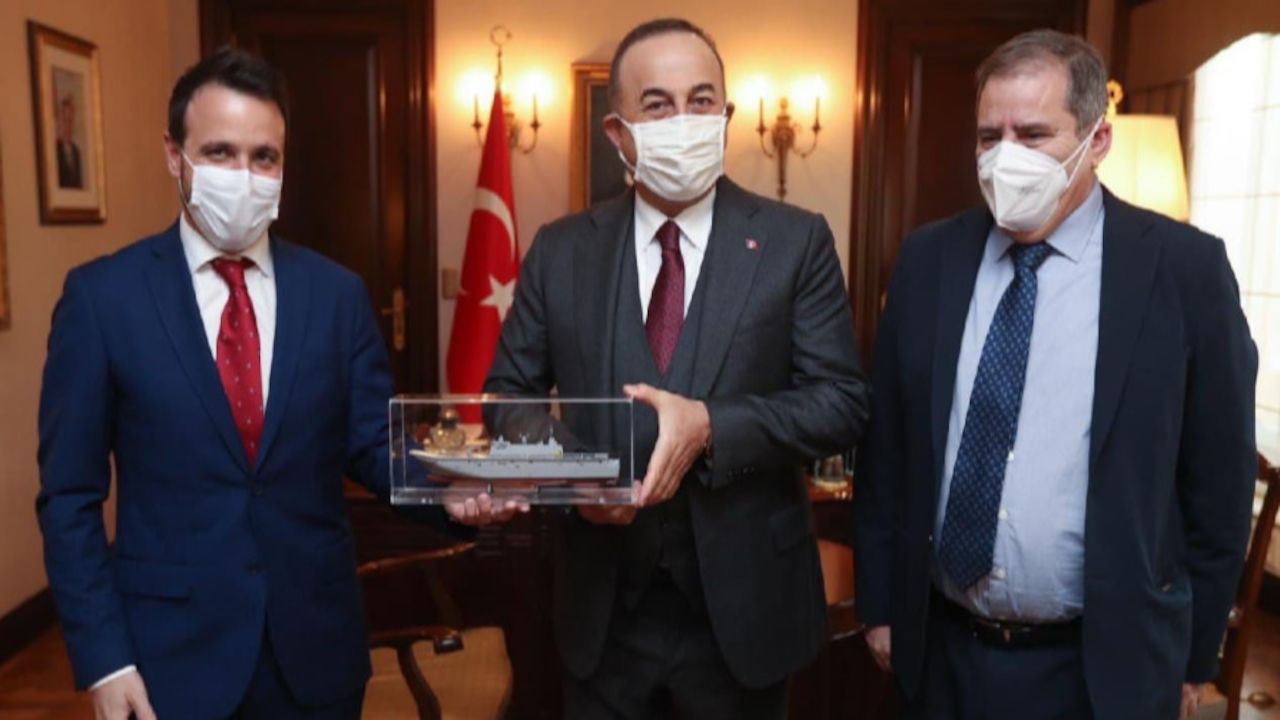 Navantia, a Spanish state-owned engineering and technology company, is responsible for designing and constructing the multi-purpose amphibious assault ship the TCG Anadolu.

Cavusoglu said the Anadolu will soon come into use.

The Anadolu will be able to transport a force the size of a minimum battalion without needing home base support, according to Turkey's Defense Industries Presidency.

It can carry four mechanized, two air-cushioned and two personnel landing vehicles as well as aircraft, helicopters, and unmanned aerial vehicles. The ship, spanning 231 meters (758 feet) long and 32 m (105 ft.) wide, will have a full load displacement of about 27,000 tons.