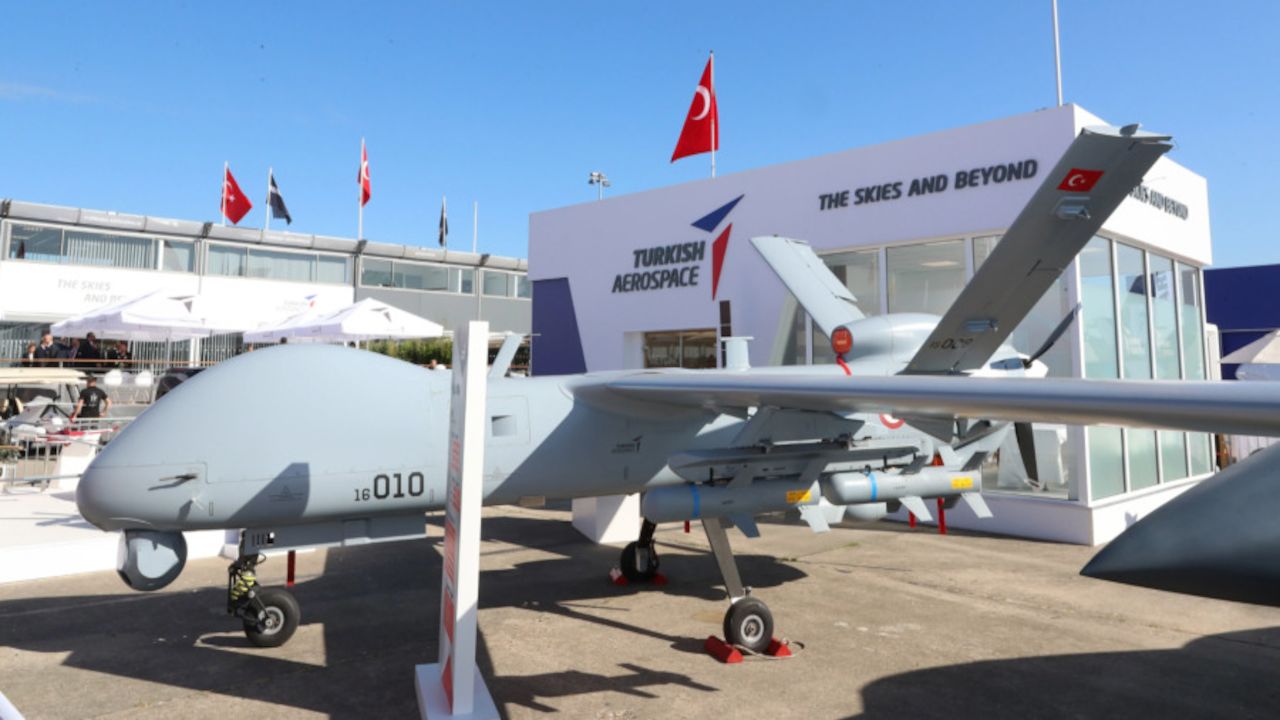 Exports of Turkish military drones are increasing, rivaling China's own drone sector while shaking the military balance of power in the Caucasus, Middle East and North Africa.

Since the end of September, Turkish and Azerbaijani media are abuzz with videos showing armed drones attacking Armenian forces located in the Nagorno-Karabakh region, an enclave belonging to Azerbaijan.

"If we had not obtained these drone] capabilities, it would be much more difficult for Azerbaijan to destroy a military buildup of 30 years, including tanks and artillery," Azerbaijan President Ilham Aliyev told Turkish state-owned TV channel TRT on Monday.

However, some countries are concerned. On Monday, Canadian Foreign Minister Francois-Philippe Champagne announced the suspension of export permits for drone-related components to Turkey in order to assess the "allegations made regarding Canadian technology being used in the military conflict of Nagorno-Karabakh."

This is just one example of Turkish defense companies having become notable drone makers and exporters, with the country now challenging established drone makers like China, Israel and the U.S.

Turkish defense company Baykar Defense officially announced the export of TB-2 drones to Qatar and Ukraine in 2018. However, according to many defense and security analysts, those drones are also currently flying in Libya and Azerbaijan. Chief Technology Officer Selcuk Bayraktar told local media in September that the company has exported drones to four countries, but did not elaborate.

Turkish Aerospace Industries has also reportedly secured a customer. Defense News reported in March that TAI had won an order from the Tunisian government for six ANKA-S drones and three ground control stations, including technology transfer worth $240 million. TAI officials declined to comment.

Ismail Demir, a top government official in charge of the defense industry, told Nikkei Asia, "I do not know any other country which is more generous than Turkey, especially in terms of technology transfer." He also said Turkish drone makers are talking to at least seven countries about drone exports.

Turkey had previously relied on Israeli drones in its fight against the separatist Kurdish armed group. But from the mid-2010s, it began producing its own after the U.S. rejected to sell armed drones to Turkey.

The new drones were field-tested in the fight against Kurdish militants in Turkey, Syria and Iraq, as well as in Eastern Mediterranean-related reconnaissance missions.

Britain's Secretary of State for Defense Ben Wallace said in July at an online conference that Turkish drones in Syria and Libya are "game-changing."

According to Mevlutoglu, "Being able to test drones in real battlefields gives chance to improve and upgrade platforms. And that is more appealing for customers." He added that because Western countries and Israel are imposing strict conditions on their drone sales, many Middle Eastern and North African countries are turning to China. "Turkey's main competitor is China."

On Monday, Serbian President Aleksandar Vucic told reporters that his country is negotiating to buy the TB-2 from Turkey, following the arrival of Chinese CH-92A armed drones to Serbia in July – a first for a European country.

In the Libyan civil war, a United Nations report said the Tripoli-based government was being supported by Turkish TB-2 drones, while eastern Libyan forces were receiving drones made by China's Chengdu Aircraft Industry Group from the United Arab Emirates.

Can Kasapoglu, security and defense program director at Turkey's Center for Economics and Foreign Policy Studies said: "Turkish-made drones are deemed more expensive than Chinese drones but are cheaper than Israeli and American ones. However, Chinese manufacturers do not engage in after-sales service like Turkish companies, so they miss the feedback to improve their products."

But according to Kasapoglu, Turkey's drone industry may face new challenges after the U.S. decided to ease export restrictions on some types of military unmanned aerial vehicles in July.

Moreover, Turkey's newly assertive foreign policy can hinder exports, as Ankara finds itself at odds with western states that are key technology suppliers, which can impose export restrictions on components. Such risks are forcing Turkey to consider localization or diversifying its supply chain.

But Kotil from TAI is not put off, telling Nikkei, "We are confident in all of our projects, including competition with China."