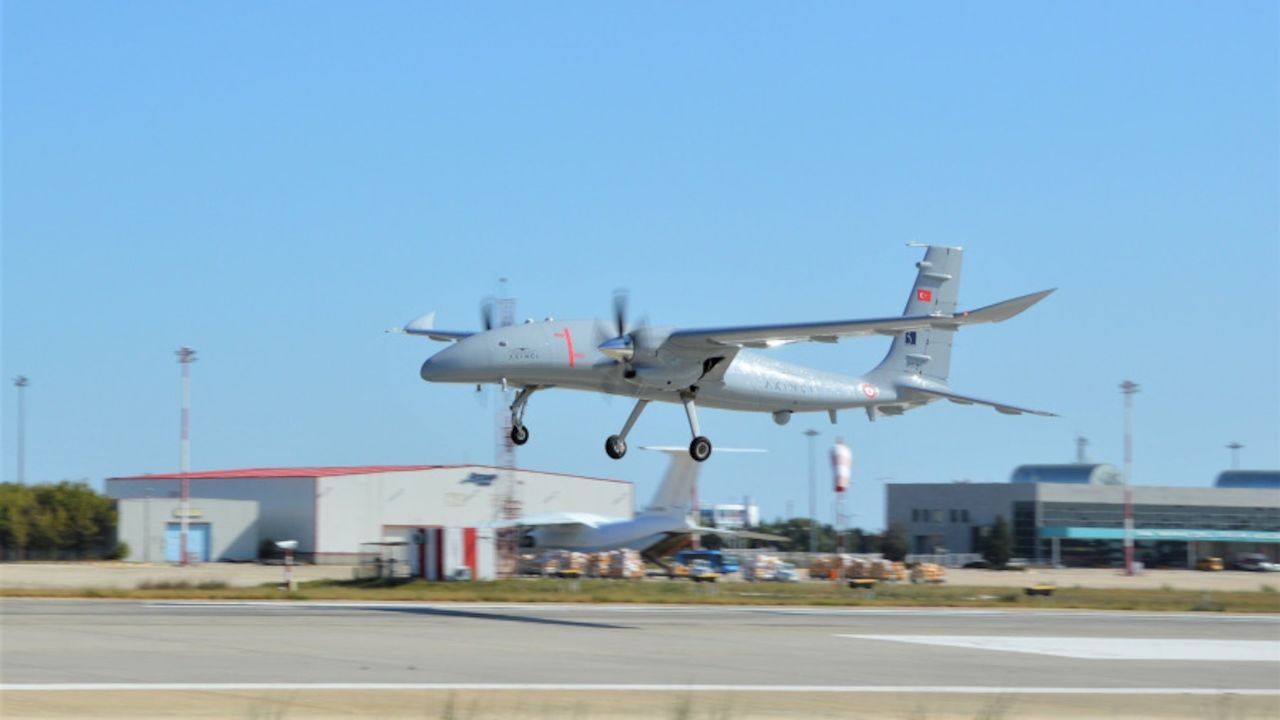 The third prototype for Turkey’s state-of-the-art unmanned combat aerial vehicle (UCAV) Akıncı has completed its maiden flight, the manufacturer said in a statement.

Selçuk Bayraktar, the chief technology officer (CTO) of Baykar, on Saturday shared the statement on Twitter.

He said the Akıncı PT-3, the third prototype, successfully completed its first flight.

Bayraktar said last month that the company will soon begin mass production of the domestically made UCAV.

Akıncı is expected to be added to the Turkish security forces’ inventory later this year.

Akıncı will be equipped with the locally made active electronically scanned array (AESA) radar and air-to-air missiles Gökdoğan and Bozdoğan, and will be able to launch several types of locally made ammo, such as standoff missiles (SOM).