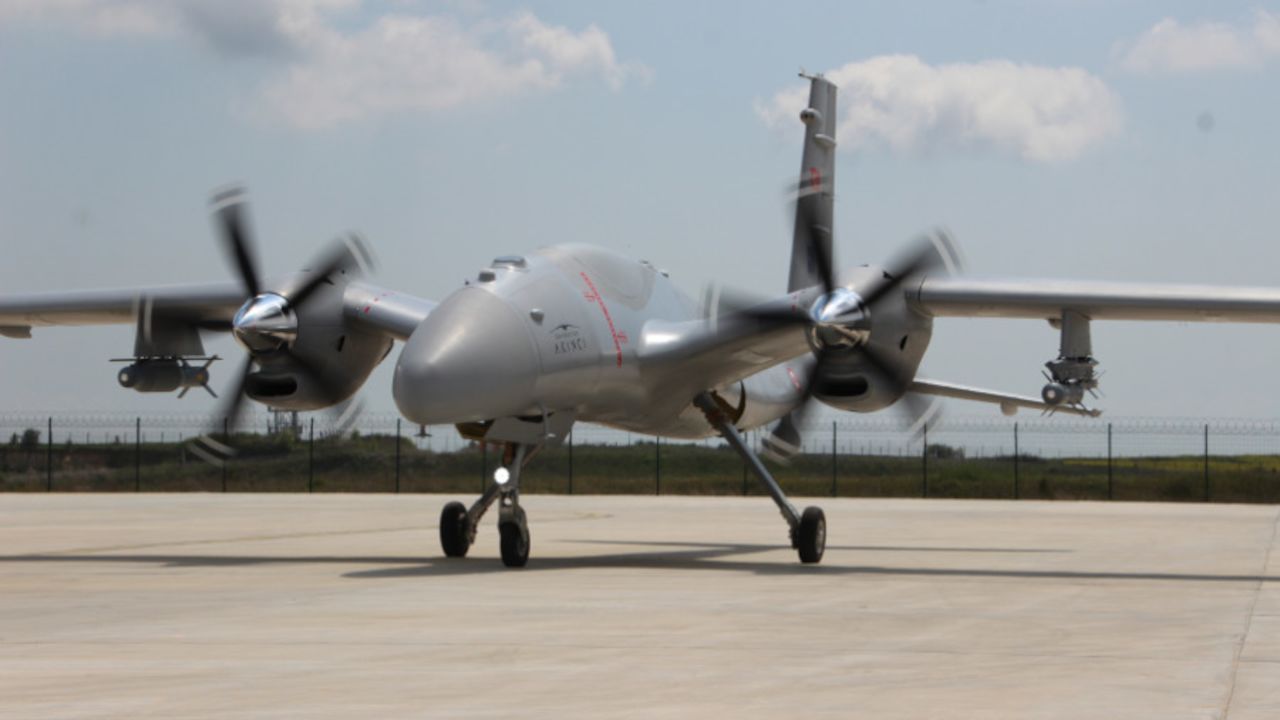 Took Off with Smart Ammunition

Bayraktar AKINCI, which is Turkey’s first assualt unmanned aerial vehicle that previously completed many tests successfully, took off loaded with smart ammunition for its first firing test. One MAM-C, one MAM-L and one MAM-T were loaded in the racks located under each of its wings. The smart ammunitions are of Baykar’s production and MAM-T was test fired for the first time.

During the test conducted in the Baykar’s training and test center in Çorlu district in Tekirdağ, all three of the lifeless test munitions without warheads, which were sent from AKINCI AUAV with laser targeting, hit the targets with pinpoint accuracy.

The firing test was attended by the Head of the Presidency of Turkish Defence Industries Ismail Demir, who lead the project, as well as the General Manager of Baykar Haluk Bayraktar, Roketsan Chairman of the board Faruk Yiğit and Roketsan General Manager Murat İkinci.

MAM-T Used for the First Time

MAM-T, the new member of the MAM (Mini Smart Ammunition) family, developed nationally by Roketsan, was used for the first time in this test. Developed to meet the need for higher warhead efficiency and longer range, the MAM-T Block-1 configuration has an ammunition and semi-active laser seeker head that provide high sensitivity against moving and fixed targets. Developed to be compatible with different platforms, MAM-T can be used against armored and unarmored vehicles, buildings and surface targets with 30+ km range capability when launched from UAVs.