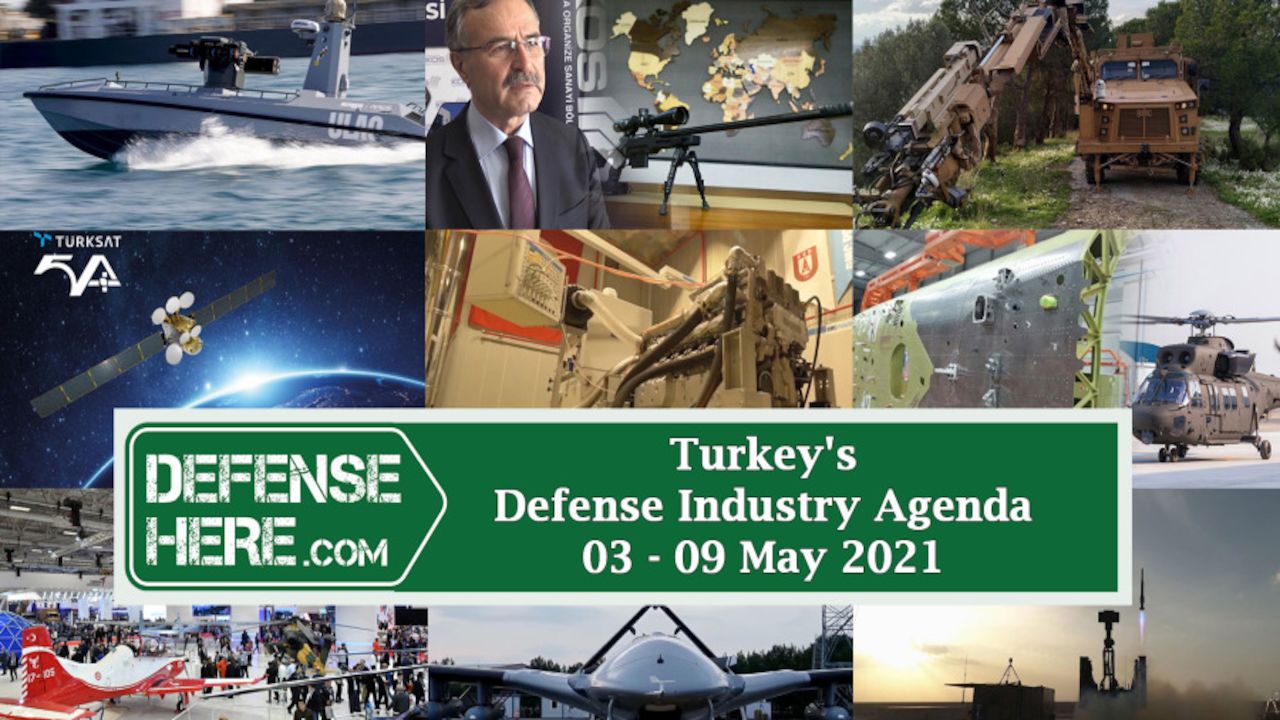 Developed by ASELSAN and ROKETSAN, the autonomous configuration of Turkey’s Hisar-A+ missile hit a high-speed target aircraft with increased performance in altitude and range.

Launched on January 8, 2021, Türksat 5A, has reached its orbit where it will serve for 30 years. It will be put in service after June, following the completion of necessary tests.

Konya increased its defense and aviation exports by 445 percent in the first quarter of 2021, becoming the third city in Turkey to export the most in this field.

Bayraktar TB2 UAVs, equipped with domestic CATS cameras developed by ASELSAN, have been delivered to the Gendarmerie General Command and General Directorate of Security.

It has been announced that the armed unmanned sea vehicle, developed by ARES Shipyard and METEKSAN Defense and whose prototype production has been completed, is ready to launch missiles.

STM Defense Technologies Engineering and Trade Inc. one of the top 100 defense industry companies in the world, celebrated its 30th anniversary.

The Turkish Ministry of Defence has delivered 10 vehicles specially produced for explosive reconnaissance and destruction to the Turkish Land Forces.

ASELSAN has increased its exports by 44 percent in 2020 compared to the previous year and signed a new export contract of 446 million dollars.

While Turkey has achieved $1 billion in defense and aerospace exports in the first 4 months of 2021, the biggest share of these exports was to the US with an estimated amount of $386,1 million.