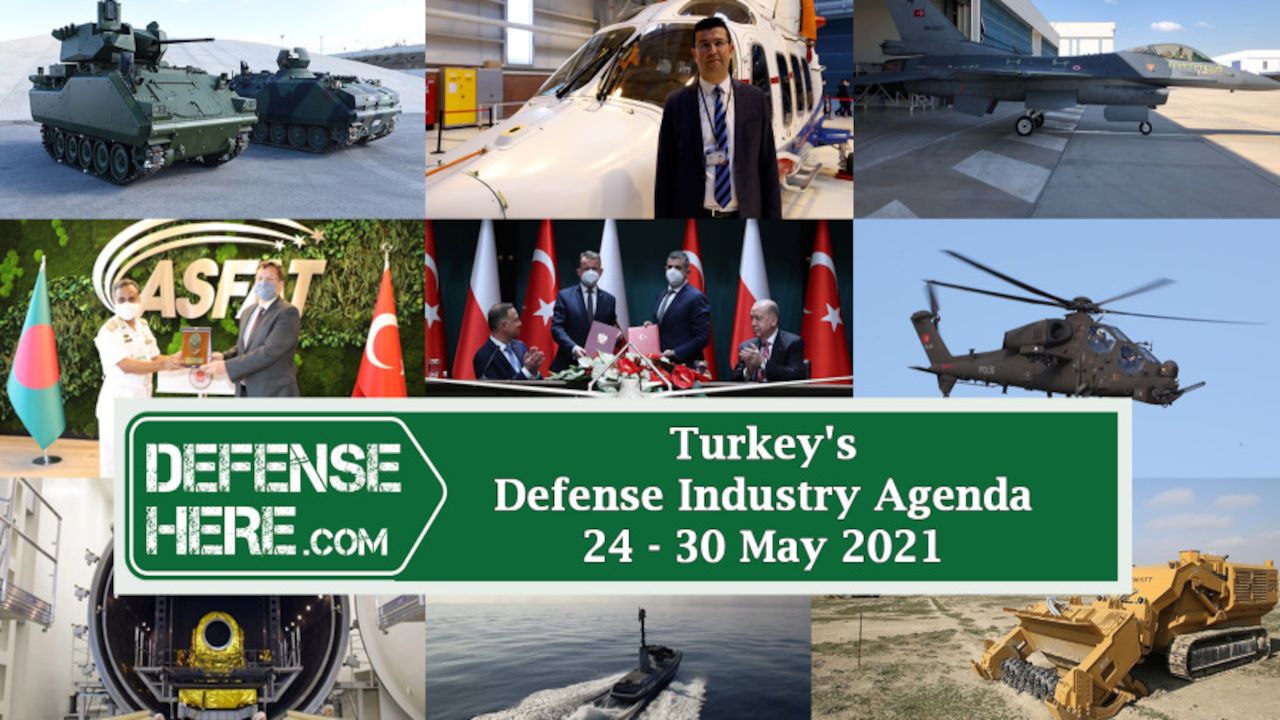 The agreement for the export of Bayraktar TB2 drones to Poland was signed in Ankara by the CEO of Bayraktar Defense inc., Mr. Haluk Bayraktar and the Polish Minister of Defense Mariusz Blaszczak.

The test drive and firing tests of the prototype of the Turkish armored combat vehicle, jointly developed by ASELSAN and FNSS, have been successfully conducted.

The Chief of the Bangladesh Navy and his accompanying delegation paid a visit to Turkish defense contractor "ASFAT".

The head of the Presidency of Turkish Defence Industries, Ismail Demir, announced that a satellite company that will combine various capabilities and technologies in the field of satellite development will soon be launched.

The sixth F-16 Block-30 aircraft, the structural improvement of which was completed by Turkish Aerospace, has been delivered to the Turkish Air Force.

Five mechanical mine-clearing vehicles produced by the ASFAT have been delivered to Azerbaijan.

CTECH Information Technology inc. and Thales Alenia Space have signed a cooperation agreement in the field of satellite communications systems.

Turkish Aerospace announced the completion of the third prototype of the Gökbey helicopter. The company also underlined that the fourth prototype is now on the production line.