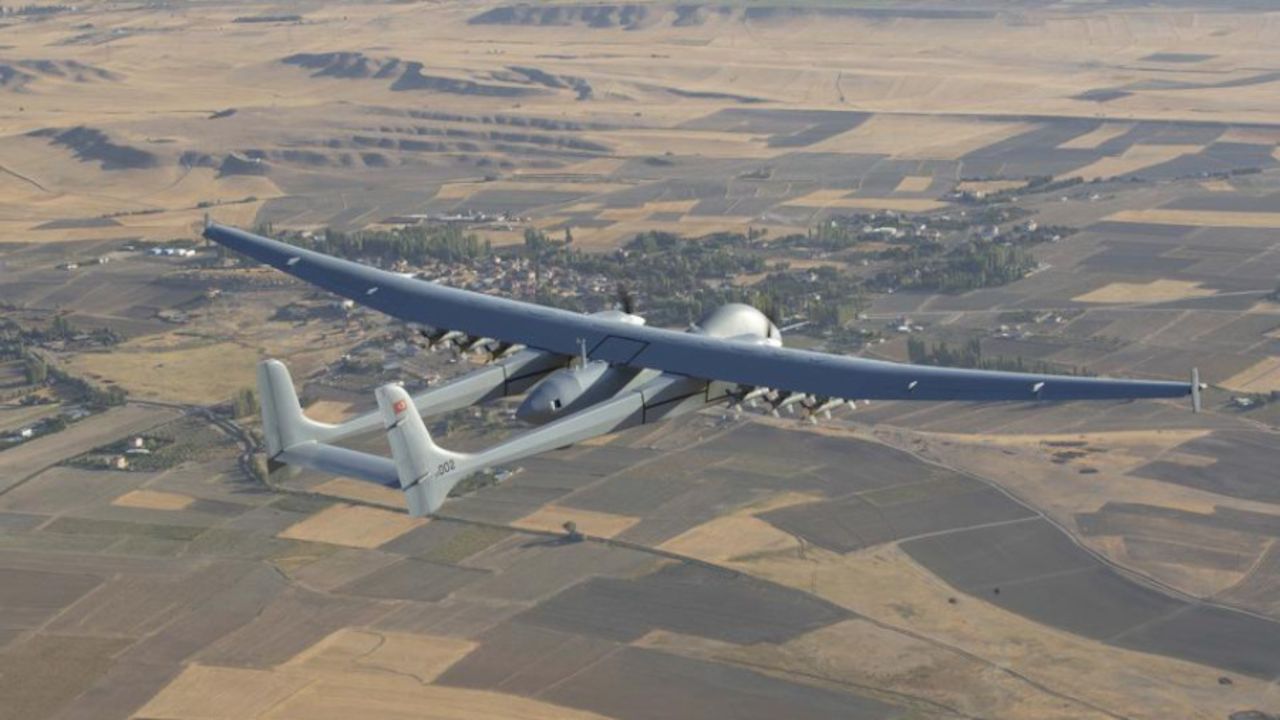 Turkey is developing an increasing variety of lethal armed drones, ranging from large, high-flying, bomb-laden ones to very small, low-flying UAVs that can form deadly swarms.

In recent years, Turkey has developed an impressive local drone industry from the ground up. Armed Turkish-built Bayraktar TB2 and Anka-S drones have proven themselves in combat in operations in Syria, Iraq, and as far afield as Libya.

Ankara is presently building a variety of bigger and smaller drones that will fulfill a multitude of different roles for the Turkish military.

In September, Turkey’s upcoming Aksungur drone, built by Turkish Aerospace Industries (TAI), completed a 28-hour-long test flight. According to TAI, the turboprop carried 12 Turkish-built MAM-L (Smart Micro Munition) guided missiles under its wings — a much bigger payload than what can be carried by the Bayraktar TB2 or Anka-S.

MAM-L missiles weigh 22 kilograms and can hit targets up to 14 kilometers away. They can also be fitted with different kinds of warheads – from high explosives to warheads specialized in penetrating tank armor. The missiles proved their worth in February-March drone campaign against Syrian ground forces in Idlib province when Turkish Bayraktar TB2s and Anka-S drones successfully used them against several Syrian tanks and other vehicles.

Turkey’s upcoming Bayraktar Akinci turboprop drone is also quite large, with a 65-feet wingspan, and can also carry MAM-L munitions as well as larger conventional bombs of the kind Turkish jet fighters carry, such as the Mark 82, and even long-range Turkish-built air-launched Roketsan SOM cruise missiles.

The Akinci is expected to become Turkey’s “main aerial vehicle for intelligence-surveillance-target acquisition (ISTAR) and command-control-communication (C3) tasks in the next decade.”

Turkey’s Roketsan arms manufacturer is building a new surface-to-surface missile, the 230mm TRGL-230. Drones like the Akinci will designate targets for the TRCL-230.

Complementing these large turboprop drones are much smaller quad-copter drones that will likely prove lethal in more close-quarters combat.

Take the Kargu-2 loitering munition, for example. The light 15-pound quad-copter is designed to operate in swarms of 20, which can overwhelm and devastate their targets. The Turkish military is acquiring 500 of these so-called ‘kamikaze’ or ‘suicide’ drones in the near future.

Operators can recall these tiny drones if they cannot locate any targets for use another time. Furthermore, they can be outfitted with three different kinds of warheads, a basic high-explosive fragmentation warhead, a shaped charged warhead, and a thermometric warhead for attacks against enemy targets in enclosed spaces.

“With a mixture of different warheads options presently available for Kargu, a group of the drones might be able to carry out more complex attacks, as well,” noted military analyst Joseph Trevithick at The War Zone.

As with other advanced loitering munitions, the Kargu-2 can operate autonomously using computer algorithms, stay airborne for 30 minutes and reach speeds of up to 90 miles per hour. The drones will reportedly also possess facial recognition technology, making it potentially effective for independently locating, identifying, and then assassinating selected individuals.

Turkey has been targeting senior members of the Kurdistan Workers’ Party (PKK) group using drones with significant success since 2018 when it first demonstrated it had this capability. Kargu-2s, especially ones operating in swarms, could well make this assassination campaign even more deadly given the drone’s capability of searching for individual PKK members in their mountain redoubts in Iraqi Kurdistan and potentially even inside caves there too.

Alongside the Kargu-2s, Turkey is also developing another tiny, super lightweight loitering munition called the Alpagu. This drone can be carried and operated by a single soldier on the battlefield, or several can be carried on multiple launchers attached to armored vehicles.

“Alpagu is distinguished by its lightweight structure, diving speed, low radar cross-section, and its ability to do pinpoint damage to high-value, important targets,” claimed a report in Turkey’s state-run press.

The Alpagu is expected to enter service in the Turkish military by the end of 2020 and its manufacturer is already anticipating the development of faster successors with longer ranges.

These numerous upcoming drones aptly demonstrate how Turkey’s capabilities in this field is growing ever more sophisticated and posing an ever greater threat to its various adversaries.