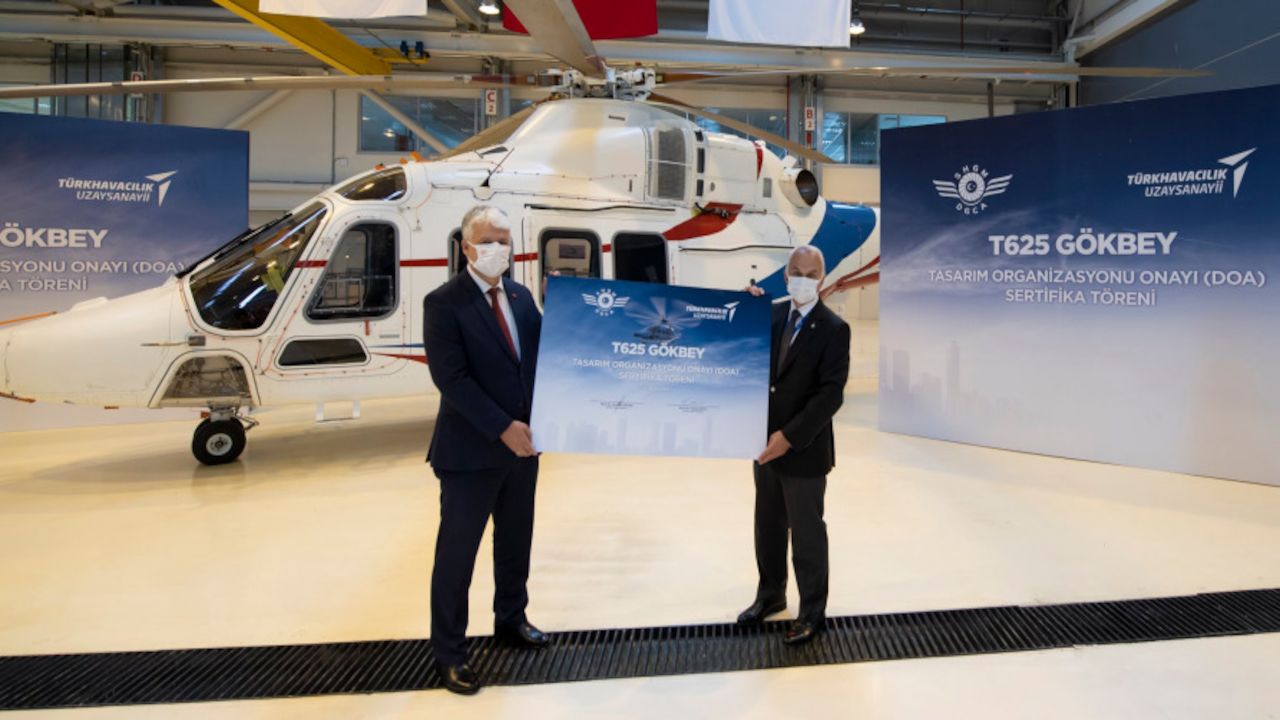 Turkey’s Gökbey helicopter has successfully been through another critical stage, the helicopter’s manufacturer Turkish aerospace tweeted.

The General-Purpose Helicopter has been developed by Turkish Aerospace with the aim of meeting the needs of the Turkish Armed Forces and authorities using national technologies and facilities.

The company stated the following in the tweet it shared:

"We have successfully completed another critical stage in regard to GÖKBEY helicopter. "Design Organization Approval" was given to GÖKBEY by the DGCA, thus an important step was taken towards obtaining the TYPE certificate."

TS1400 turboshaft engine developed by TEI for Gökbey was successfully tested on January 4, 2019.

The helicopter made its first certification flight on 29 June 2019.

It is anticipated that the certification flight tests will be completed, and mass production will begin in 2021.

3 prototypes have been produced so far and the 4th prototype is on the production line.