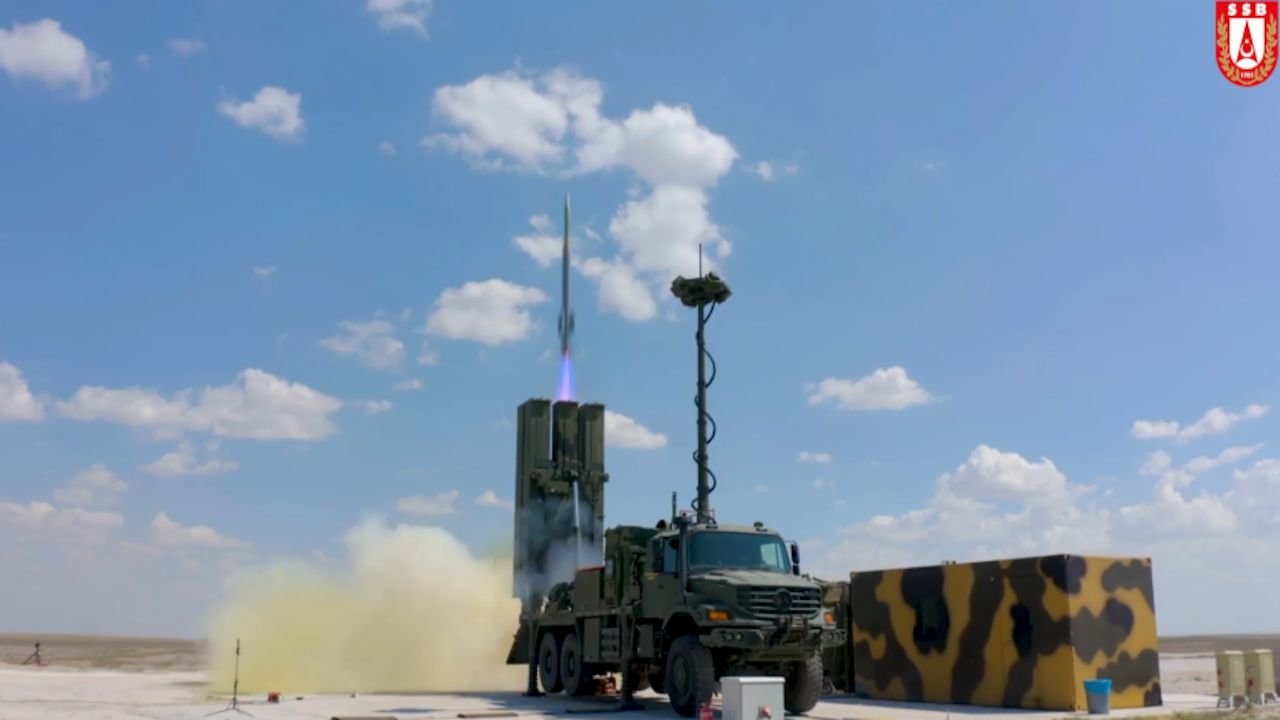 Turkey’s HISAR A+ air defense missile system has been delivered with all elements and the HISAR O+ system has reached the stage of mass production, a top official announced on Saturday.

He shared a video of a HISAR O+ missile destroying a high-speed target at long range and high altitude.

HISAR missiles are defense weapons developed to protect military bases, ports, facilities, and troops against air-based threats. They meet the needs of the Turkish Armed Forces by providing a low- and medium-altitude air defense security system.

Components of the HISAR-A system, such as radars, command and control, and fire controls, have been made by Turkish firm Aselsan, while another local company Roketsan was responsible for the development of the missile system.