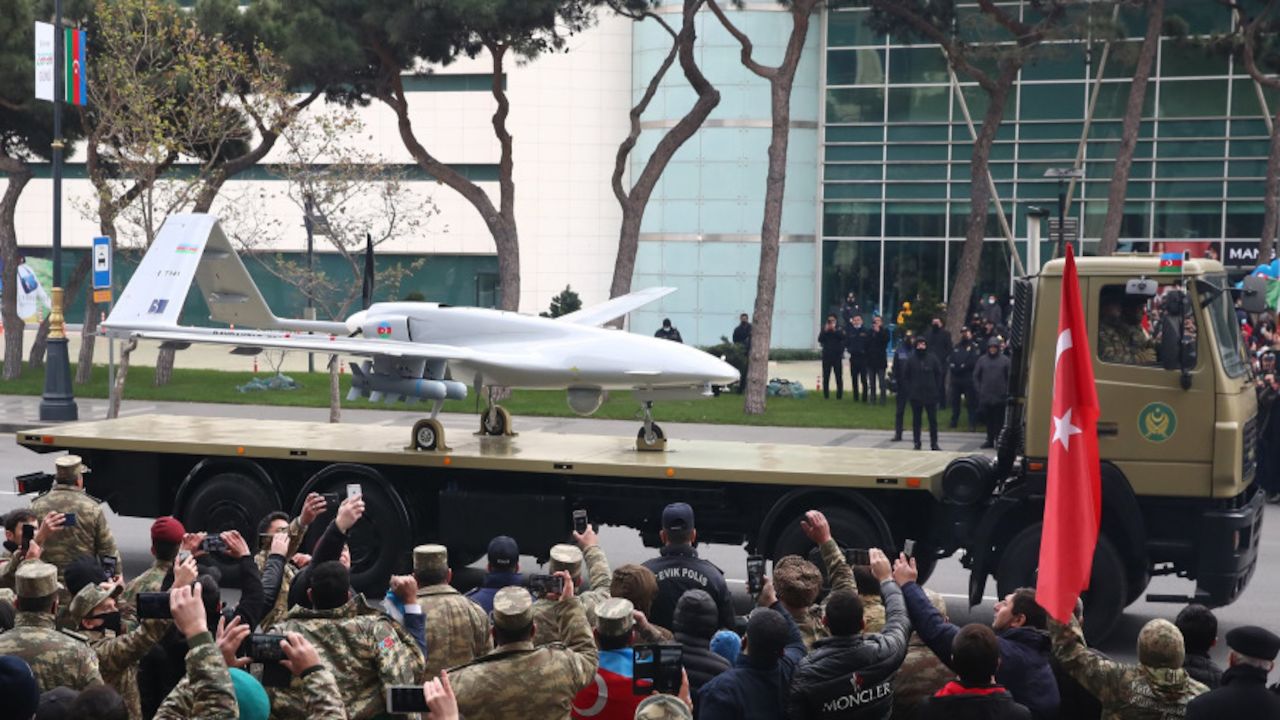 Turkey is capable of conducting counterterrorism operations without any outside assistance thanks to the development of its defense industry, says the head of the Defense Industries Presidency (SSB), who expressed that the new aim is for the country to design and manufacture 100% of its needs in critical sectors.

Ismail Demir underlined in an exclusive interview with the Turkish newspaper Sabah on Wednesday that they will not provide the opportunity to other countries to politically leverage their defense industries against Turkey, adding that this in itself is the country's defense strategy.

“We will use those UCAVs and the ammunition they carry more effectively,” he said, adding that in the upcoming period, the unmanned crafts will be capable of firing at targets on their own.

Turkey’s UAV projects will not be halted in terms of both production and supply, he also noted.

On the projects soon to be delivered to security forces, Demir said certain pieces of equipment come to the forefront, particularly the Akıncı, a state-of-the-art UCAV, which he refers to as the Turkish air forces' new star, along with the flag-ship-to-be TCG Anadolu, which is set to be a cornerstone for the Turkish Naval Forces Command (DzKK). The country’s first landing helicopter dock (LHD) multipurpose amphibious assault ship is set to be delivered to the navy at the end of this year.

Mass production of the Akıncı UCAV has already begun, and deliveries are set to take place throughout the year, according to Demir. The range and amount of time it can stay in the air will vary depending on the systems used on the drone, he said, adding it will be capable of carrying 1 1/2 tons of load.

In early February, manufacturing company Baykar’s Chief Technology Officer (CTO) Selçuk Bayraktar harbingered that the UCAV was to be mass-produced soon. The cutting edge-drone can currently fly for 24 hours and has a service ceiling of 40,000 feet (12.19 kilometers), a 20-meter wingspan (65.61 feet) and the capacity to carry a load of 1,350 kilograms (2,976 pounds). Akıncı is equipped with the locally made active electronically scanned array (AESA) radar and air-to-air missiles Gökdoğan and Bozdoğan and can launch several types of locally made ammunition, including standoff missiles (SOM).

This particular UCAV’s entry into the country's inventory as well as its mass production has been closely followed by defense enthusiasts both in Turkey and abroad, thanks to the local drone magnate’s proven success with other locally made drones like Bayraktar TB2. The Bayraktar drones earned worldwide fame after they were operated in Syria, Libya and Azerbaijan by Turkey and purchased by many countries, paving the way for more export deals for Baykar.

"The design of the MMU continues, and a large team is working at the Turkish Aerospace Industries (TAI) facilities,” he said, noting that the aircraft prototype is due to come out of the hangar in 2023.

The engine that will power the national fighter jet is ready, Demir said, adding that at the same time the domestic engine is also being maintained. Earlier on Feb. 14, TAI and TRMOTOR signed a new protocol to jointly produce engines for the MMU project. Having made an agreement with the TRMOTOR company for the development of Auxiliary Power Unit and Air Turbine Start System solutions that will be needed within the scope of the MMU project, TAI has completed a critical phase in the MMU project.

The defense industry top official also stressed that the engine designed for Turkey's first indigenous multirole helicopter, the T625 Gökbey of TAI, can also be used to power T129 Tactical Reconnaissance and Attack Helicopter (ATAK), the export processes of which are continuing well, according to him. The ATAK is a new-generation, tandem, two-seat, twin-engine helicopter specifically designed for attack and reconnaissance.

Demir stated that the Siper will have a two-stroke engine, like Hisar-A and Hisar-O that enables maximum efficacy during vertical launch, along with active radar homing and infrared homing warheads. It is expected to enter the inventory in 2023.

The Hisar A+ defense system was jointly developed by leading defense contractors Aselsan and Roketsan, under the coordination of the SSB. The Hisar missiles were developed to protect military bases, ports, facilities and troops against air-based threats as well as to meet the needs of the Turkish army for a low- and medium-altitude air defense system. HisarA+ completed the test phase in March 2019 when it neutralized a target plane with pinpoint accuracy in vertical shooting. A 100% success rate was achieved when testing the missile, including guiding it with radar information, target detection, tracking and achievement of the target with the searcher cap. The missile was then directed to a second air target and achieved the same stellar results.

When asked about the country’s projects in the field of space technologies and satellite production, Demir said they have started to develop rocket fuel made out of solid material and are looking into liquids and hybrids. “We are at a good place in the current rocket technologies in the world,” he said.

In November last year, President Recep Tayyip Erdoğan declared that Turkey had completed its satellite launch tests and reached space four times – a fully domestically engineered feat. Then this January, a SpaceX Falcon 9 rocket blasted off from a launchpad in the U.S. state of Florida to deploy a new-generation Turkish communication satellite, Türksat 5A satellite into orbit.

Equipped with the latest technology and higher capacity, Türksat 5A will provide television services and improve broadband data networks. It will be located in an unused Turkish orbital slot at 31 degrees east. Three of the satellites currently in space are operating for communication, namely Türksat 3A, Türksat 4A and Türksat 4B, while the other three, Göktürk-1, Göktürk-2 and Rasat, are for observation.

Most recently, on Feb 9, in a breakthrough, Turkey unveiled its ambitious 10-year space road map that includes missions to the moon, sending Turkish astronauts to a scientific mission in space and developing internationally viable satellite systems. Noting that the program was prepared and will be carried out by the Turkey Space Agency (TUA), the president said during the inauguration ceremony of the National Space Program, that Turkey is opening the door to the space journey of its civilization that pioneered justice, morality and peace in the world for centuries.