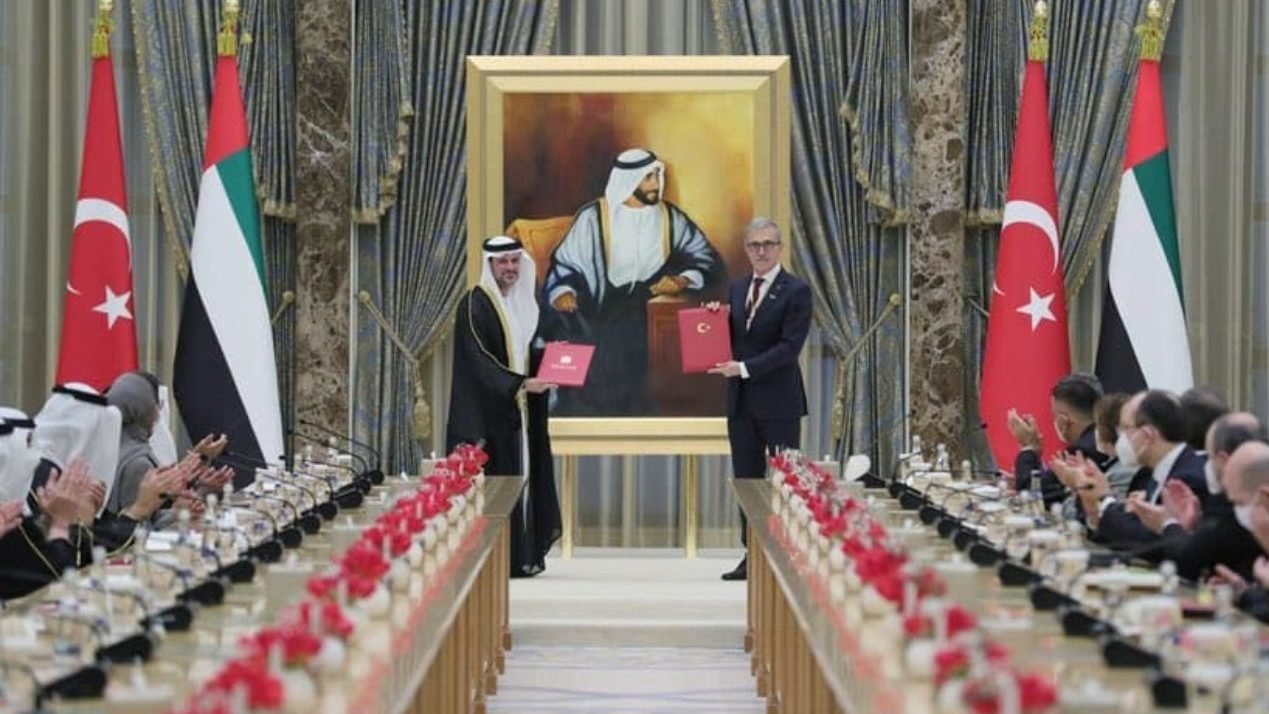 Turkey and the United Arab Emirates on Monday signed a letter of intent to discuss opportunities for military cooperation between the two countries.

Turkish president Recep Tayyip Erdogan's visit to the UAE was a first since 2013.

During his visit, the Turkish President was accompanied by a large delegation of  government officials including the Presidency of Defense Industries.

İsmail Demir, head of the Presidency of Defense Industries, signed a letter of intent with Tareq Abdul Raheem Al Hosani, CEO of the Tawazun Economic Council, on the start of cooperation meetings in the defense industry.

As part of the visit, Turkey and the United Arab Emirates signed 13 agreements covering investment, defense, transport, health and agriculture.

Commenting on the visit, Sheikh Mohammed bin Zayed Al Nahyan, crown prince of Abu Dhabi, confirmed Monday that the UAE is keen to strengthen its partnership with Turkey going forward.