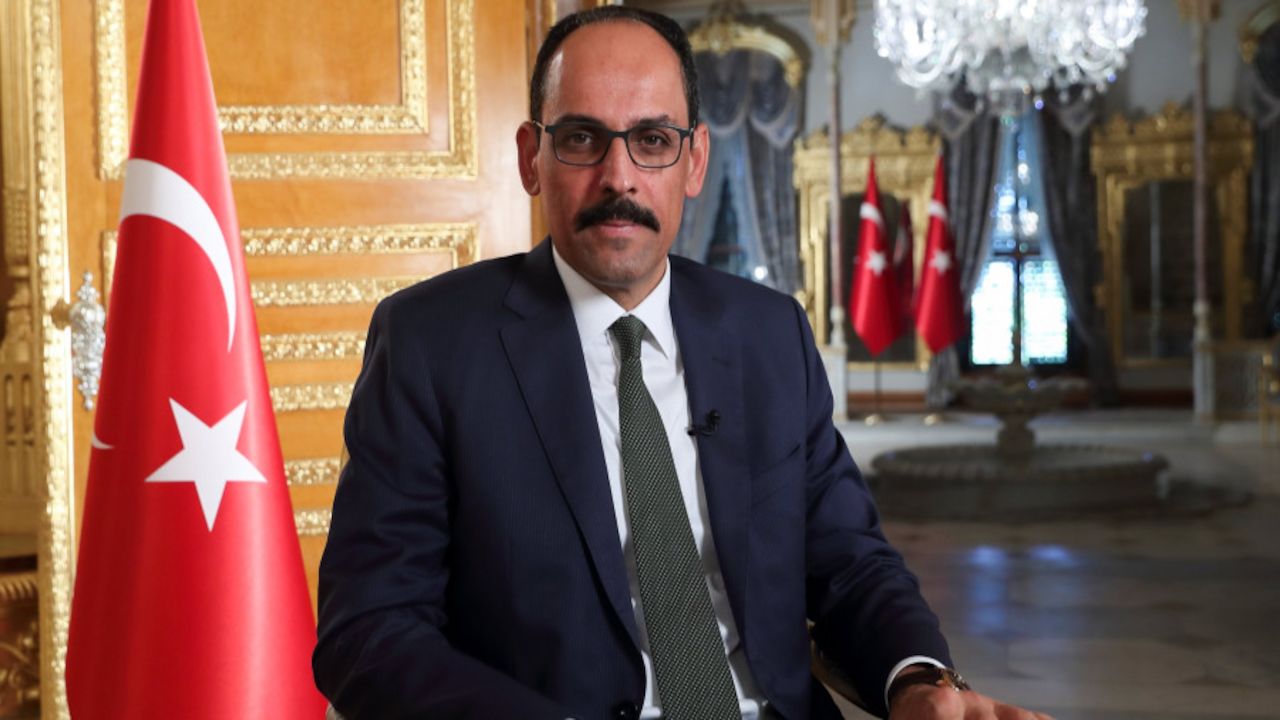 Turkey will not turn back from its acquisition of Russian S-400 defense systems, over which the United States sanctioned Ankara, Presidential Spokesperson Ibrahim Kalın said on Thursday, adding that Ankara would seek to resolve issues with its NATO ally through dialogue.

Speaking in an interview with public broadcaster TRT Haber, Kalın said talks are being held with Washington over their disagreements but that quick solutions to problems over a host of issues should not be expected.

"The United States has so far said it will not engage in any negotiations over this conflict. Turkey will not turn back from the Russian S-400 issue," Kalın said.

"When we read the strategic picture the right way, we think we can make advances," he said. "By proposing solutions, we will be in negotiations," he added.

Kalın also said Defense Minister Hulusi Akar's recent comments had been misunderstood but did not elaborate.

Turkey's defense minister said on Tuesday that Ankara would propose only partially activating the S-400s in negotiations with the U.S.

The U.S. imposed sanctions on Turkey's Presidency of Defense Industries (SSB) and its chief Ismail Demir in December. The sanctions were imposed to penalize Turkey for its purchase of the S-400s.

The Countering America's Adversaries Through Sanctions Act (CAATSA) – designed to deter any country from agreeing to military deals with Russia – also restricts U.S. loans and credits to the SSB, although that is not seen as having a significant impact.

The Turkish Foreign Ministry, in its immediate response, condemned the decision while reiterating the U.S.' unfair stance throughout the S-400 purchase process.

Ties between NATO allies Turkey and the U.S. were badly strained in 2019 over Ankara’s acquisition of the advanced air defense system, prompting Washington to remove Turkey from its F-35 Lightning II jet program.

The U.S. argued that the system could be used by Russia to covertly obtain classified details on the Lockheed Martin F-35 jets and that it is incompatible with NATO systems. Turkey, however, insists that the S-400 would not be integrated into NATO's equipment and would not pose a threat to the alliance.

Ankara has repeatedly stressed it was Washington's refusal to sell its Patriot missile systems that led it to seek other sellers, adding that Russia had offered a better deal, including technology transfers. Turkey even proposed setting up a commission with the U.S. to clarify any technical issues.

Since Joe Biden was elected U.S. president, Ankara has said it wants better ties and again proposed an S-400 joint working group but Washington has repeatedly rejected the idea, saying the sanctions will remain until Turkey no longer possesses the missiles.

Support for YPG
In addition to the S-400 issue, Turkey's presidential spokesperson also urged the U.S. to end its support for the PKK terrorist group's Syrian branch, the YPG.

"The U.S. should end its support of the PYD/YPG. It should say 'stop' to (Gülenist Terror Group) FETÖ's activities there," Kalın said.

Noting that Biden has made promises and statements about taking new steps after the Donald Trump era, Kalın recalled a phone call with U.S. National Security Advisor Jake Sullivan last week as the first contact with the new administration.

"We actually handled all the issues in detail there. So it was a phone call that lasted about one hour ... We discussed in detail both the controversial issues and the issues with which we can act together," Turkey's spokesperson said. Kalın also told Sullivan the S-400 dispute needed resolving.

The presidential spokesperson said he and the American security advisor agreed to hold another call in the coming days to specifically discuss their disagreements, adding that the two countries' foreign ministers would also talk.

"The S-400 issue and the implementation of CAATSA sanctions in connection with it and removing Turkey from the F-35 program. Secondly, the support the U.S. has given to the PYD/YPG since the (President Barack) Obama era. Third, the FETÖ structure still continues its activities against Turkey freely in the U.S."

Kalın also said that besides the issues that need to be worked on with the U.S., there were also areas where the two countries can act together.

"We cannot agree on the PYD in Syria, but let me say that we have many common grounds regarding the future of the (Bashar) Assad regime," he said.

The YPG and its political wing, the PYD, are the Syrian offshoots of the PKK, designated as a terrorist organization in the U.S. and Turkey.

In its more than 40-year terror campaign against Turkey, the PKK has been responsible for the deaths of some 40,000 people, including women, children and infants.

Ankara has repeatedly objected to Washington's support of the YPG as a "reliable ally" in Syria, which has included supplying arms and equipment.

FETÖ, the group behind the failed coup attempt of 2016 in Turkey, has a considerable presence abroad, particularly in the U.S., that includes private and charter schools serving as a revenue stream for the terrorist group. The U.S. is home to a large community of Gülenists, including group leader Fetullah Gülen. 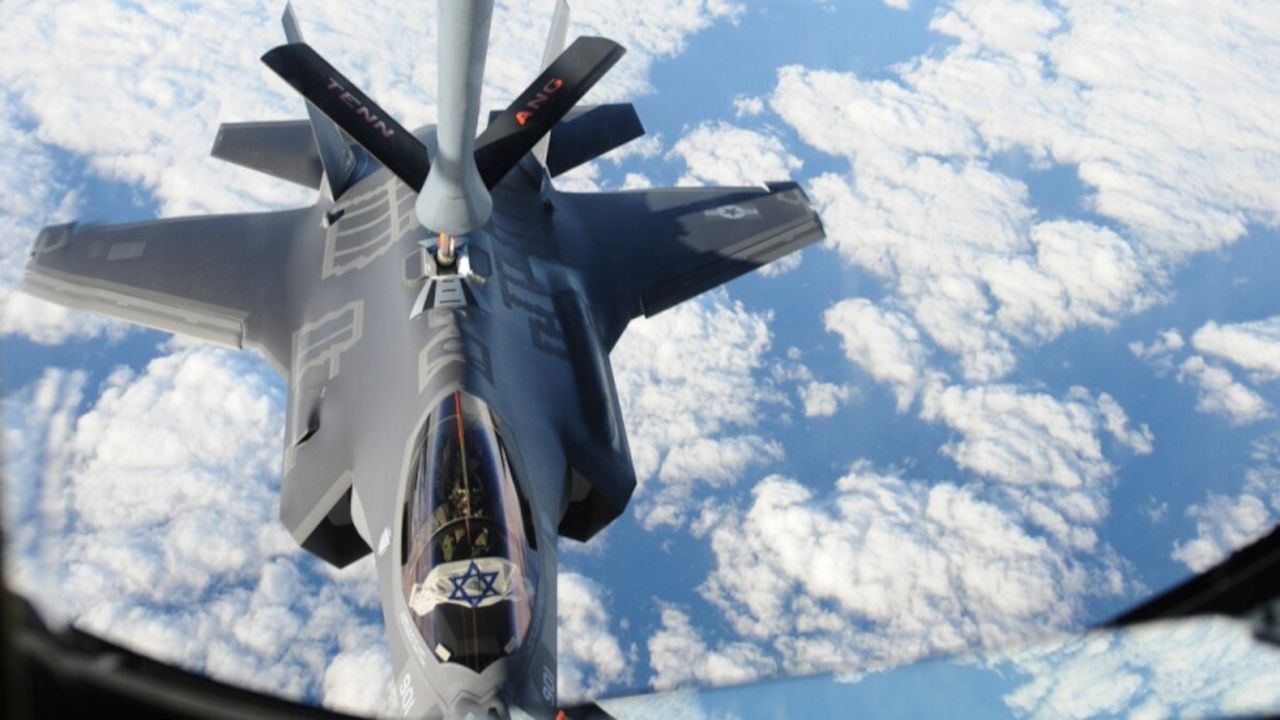 Under the approved plan, Israel will use both existing funding mechanisms and new loans. The former will come from annual foreign military financing Washington provided pursuant to a 2016 U.S.-Israel memorandum of understanding.

The decision was delayed due to disagreements over whether it’d be prudent to fund part of the purchases with loans. Israel’s Finance Ministry reportedly opposed the plan. However, motivated by growing threats from Iran and its terrorist proxies, Prime Minister Benjamin Netanyahu, Defense Minister Benny Gantz and Israel Defense Forces Chief of Staff Lt. Gen. Aviv Kochavi supported the decision.

Still, the recent decision does not provide approval for any specific aircraft or quantities of aircraft. The move simply represents the first step in the Israeli acquisition process. The IAF will now present its recommendations regarding specific fighters, aerial refuelers and helicopters.

In the case of fighters, Israel is considering both the F-35 and the F-15EX. Like the U.S. Air Force, the Israeli Air Force sees value in mixing the complementary capabilities of the two aircraft. Israel has purchased two squadrons of F-35s and would like more. That is because the F-35 is the world’s most advanced multirole fighter, combining exceptional sensor and network capabilities with advanced technologies that make it difficult to detect.

The Air Force has reportedly used its F-35I Adir variant to strike Iranian targets in Syria and has flown it over Lebanon and other areas. Israel is combating Iranian efforts both to establish another front against Israel in Syria, and to funnel precision-guided munition parts and technology through Syria to Hezbollah in Lebanon. As Iran acquires more advanced anti-aircraft capabilities and potentially advances its nuclear program further, the F-35′s cutting-edge capabilities will become even more important.

Notwithstanding the F-35′s exceptional capabilities, Israel seeks to improve the capabilities of its F-15 fleet. The Air Force is interested in acquiring an Israeli version of the F-15EX — dubbed the F-15IA — and upgrading some of its older F-15Is. Taking into account maintenance and sustainment costs as well as other factors, the F-15 aircraft costs less per flight hour than the F-35.

The F-35 can carry four to six missiles internally without increasing the aircraft’s radar signature, and has additional carriage capacity when stealth is not required. By comparison, the F-15EX can carry up to 12 external missiles. In addition, relative to the F-35, Israel expects that it would have more leeway to tailor the F-15EX’s software and hardware to Jerusalem’s unique needs. That could include Israel’s own electronic warfare, communication, missile and avionics packages.

The complementary F-35 and F-15EX capabilities and features make Israel highly likely to move forward with plans to procure one squadron of each aircraft, starting with the F-35. The goal is to increase the Air Force’s capability and capacity.

When it comes to air refuelers, Israel currently uses modified and antiquated Boeing 707s. Accordingly, the Air Force sees an urgent need to purchase about six KC-46s. This purchase would provide additional refueling capacity and capability, extending the range of Air Force fighters to address threats farther from Israel. For conflicts closer to home, the refuelers would increase the time Air Force fighters can loiter above potential targets.

The Boeing CH-47F and the Sikorsky CH-53K are leading candidates. The Boeing option offers proven capabilities and a lower procurement price tag. Sikorsky’s option, however, would offer three engines per helicopter for improved safety and performance as well as more external lift capability. But the CH-53K’s benefits would come at the cost of fewer helicopters and likely higher maintenance costs.

Depending on a number of factors, the Air Force may also seek to procure the V-22 Osprey in order to extend the range and speed of Israel’s vertical lift capabilities for special missions.

Regardless of Jerusalem’s final decisions, these aircraft acquisitions will strengthen the American military innovation and industrial base, augment the interoperability of U.S. and Israeli military forces, and enhance Israel’s edge over any potential regional adversary.

Given the growing threat from Iran and the extended procurement timelines for these aircraft, there is no more time to waste.

Bradley Bowman is the senior director of the Center on Military and Political Power at the Foundation for Defense of Democracies. He previously served as a national security adviser in the Senate and as a U.S. Army helicopter pilot. Retired Brig. Gen. Jacob Nagel is a visiting senior fellow at FDD and a visiting professor at the Technion Faculty of Aerospace Engineering. He previously served in the Israel Defense Forces and in the acting roles of national security adviser to the Israeli prime minister and chief of the National Security Council.