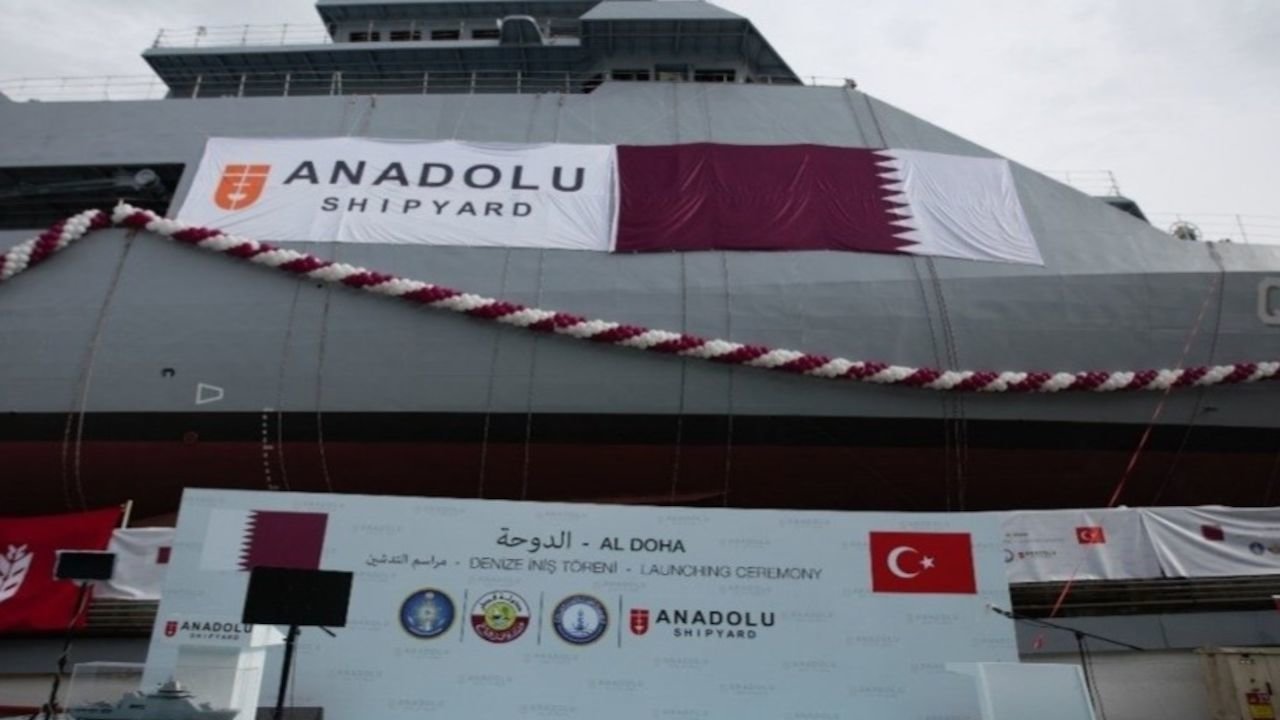 The vessel was delivered within a 30-month period as scheduled. The ship, from now on, will continue tactical trainings and then set sail for Doha.

The vessel was developed based on the Turkish shipyard’s own design, with specially-added features in line with the Qatar Naval Forces’ demands.

Al-Doha is a offshore patrol vessel-class ship that is approximately 90 meters long (295 feet) and has 2,150 tons of full load displacement

Qatar initially ordered two training ships from the Anadolu Shipyard in March 2018 during the DIMDEX maritime defense exhibition in Doha.

The second ordered vessel, QTS 92 A-Shamal, was launched on Dec. 20 last year and is scheduled to be delivered in 2022.

The CTSs will also have a helipad for medium size helicopters on its stern and is set to be capable of providing combat management and weapon training to trainees in addition to its main use. It is possible for Qatari Navy to use the vessels for offshore patrol duties, as a secondary mission.

The vessels allow 76 students and 8 instructors on board in addition to a regular crew of 66 sailors.