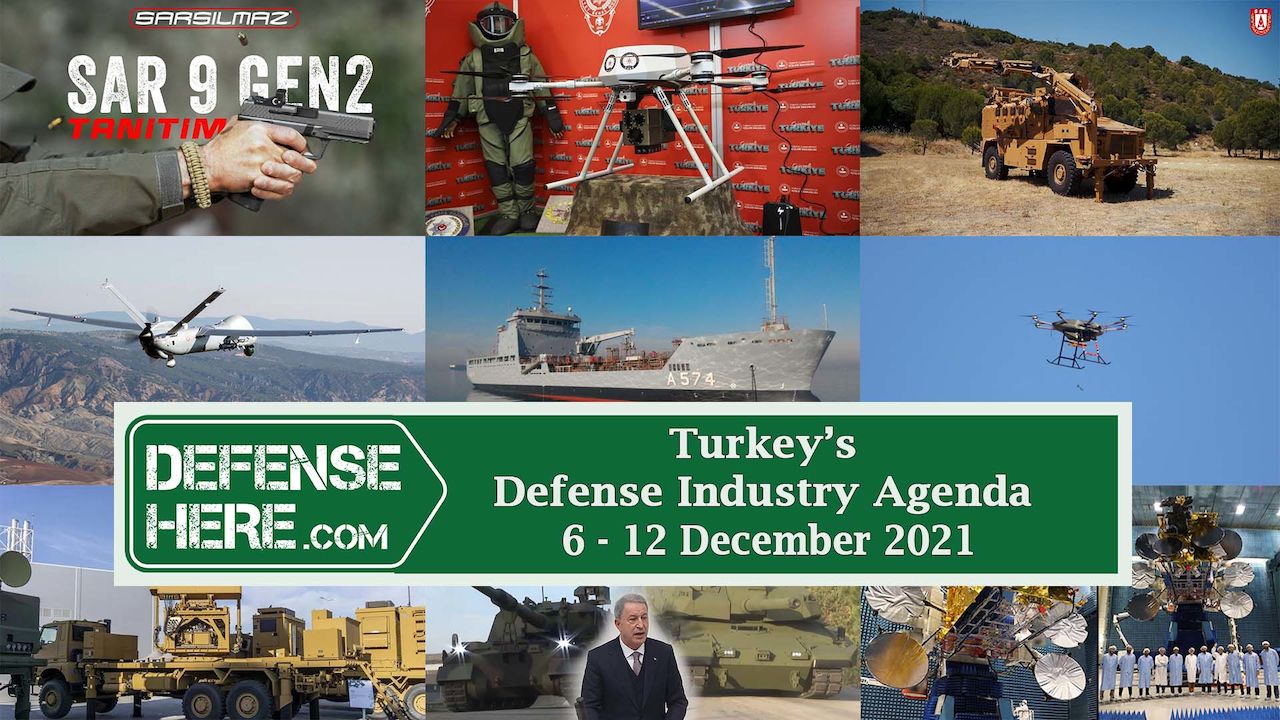 Turkish Aerospace announced that the Anka UAV, which is produced with domestic resources, has successfully completed 100,000 flight hours.

The Weapon Detection Radar developed by ASELSAN has entered the inventory of the Turkish Land Forces.

The logistics support ship produced by STM was delivered to the Turkish Naval Forces.

More than 60 exhibitors and around 1,200 visitors attended the Defence Logistics Support Summit held in Ankara, Turkey.

Turkish Minister of Transport and Infrastructure Karaismailoğlu has announced that the Türksat 5B satellite will be launched into space on December 19.

BMC made Mine and IED Detection Vehicle METİ has entered the inventory of the Turkish Land Forces.

Sarsılmaz has introduced the new member of the SAR9 family, SAR9 GEN2.

An $85 million electronic warfare project contract was signed between ASELSAN and the Presidency of Defense Industries.