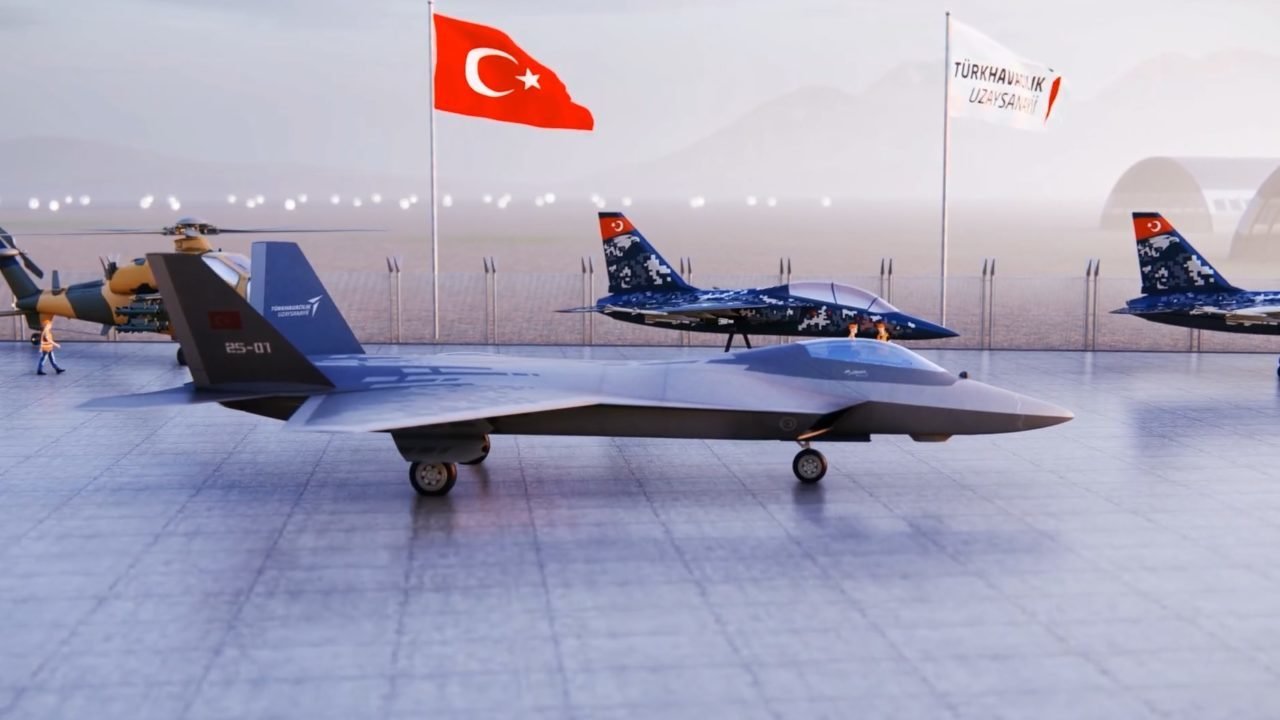 Turkish Aerospace released a new animation of its TF-X 5th Generation Multirole Fighter Aircraft, which is aimed to roll out of the hangar on March 18, 2023.

Turkish Aerospace is the main contractor in the TF-X Program.

The TF-X, which is expected to leave the hangar on March 18, 2023 and start its engines for the first time, is expected to make its first flight in 2025-2026 and to enter the Turkish Air Force inventory after 2028.

According to Turkish Aerospace, The TF-X is planned to be 21 meters long with a 14 meter wingspan and will be able to reach a speed of Mach 1.8.