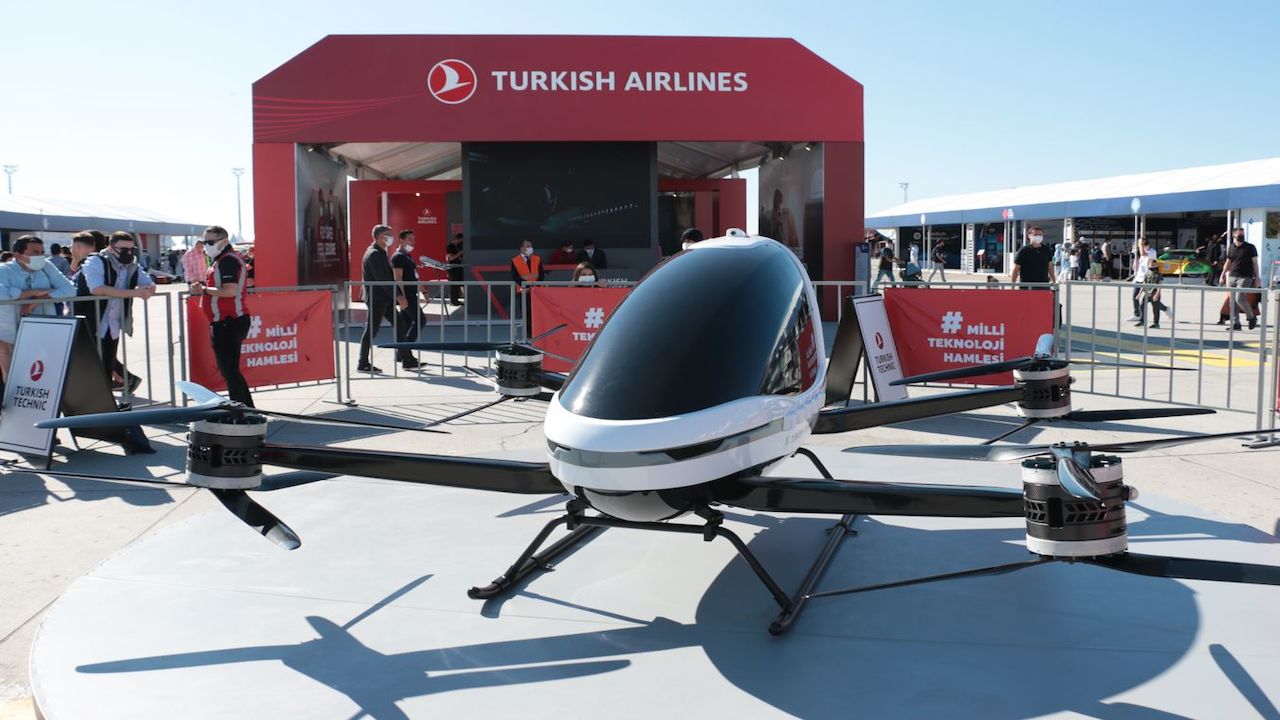 Turkish Technic (THY Teknik), a subsidiary of Turkish Airlines, introduced a concept for a flying car dubbed Esinti (meaning breeze in Turkish), which is expected to debut in the first quarter of next year.

The flying car, which is planned for first flight in Mach 2022, will primarily be used in missions such as cargo and organ transportation.

Currently designed as a single seater, Esinti is expected to take part in air taxi missions, with the aim of developing two- and four-seater models in the future. There are four separate arms connected to the vehicle. Each arm has two motors and propellers with a total of eight motors and propellers.

Esinti was designed with the dimensions of 4.1 meters by 4.6 meters. The payload capacity of the single person air taxi will be 80 kg. Esinti with a maximum take-off weight of 407 kg will be able to reach an altitude of 6500 feet (approximately 2000 meters).

The air taxi at first stages will be able to travel at a speed of 115 km per hour and is planned to have a range of 48.4 km.