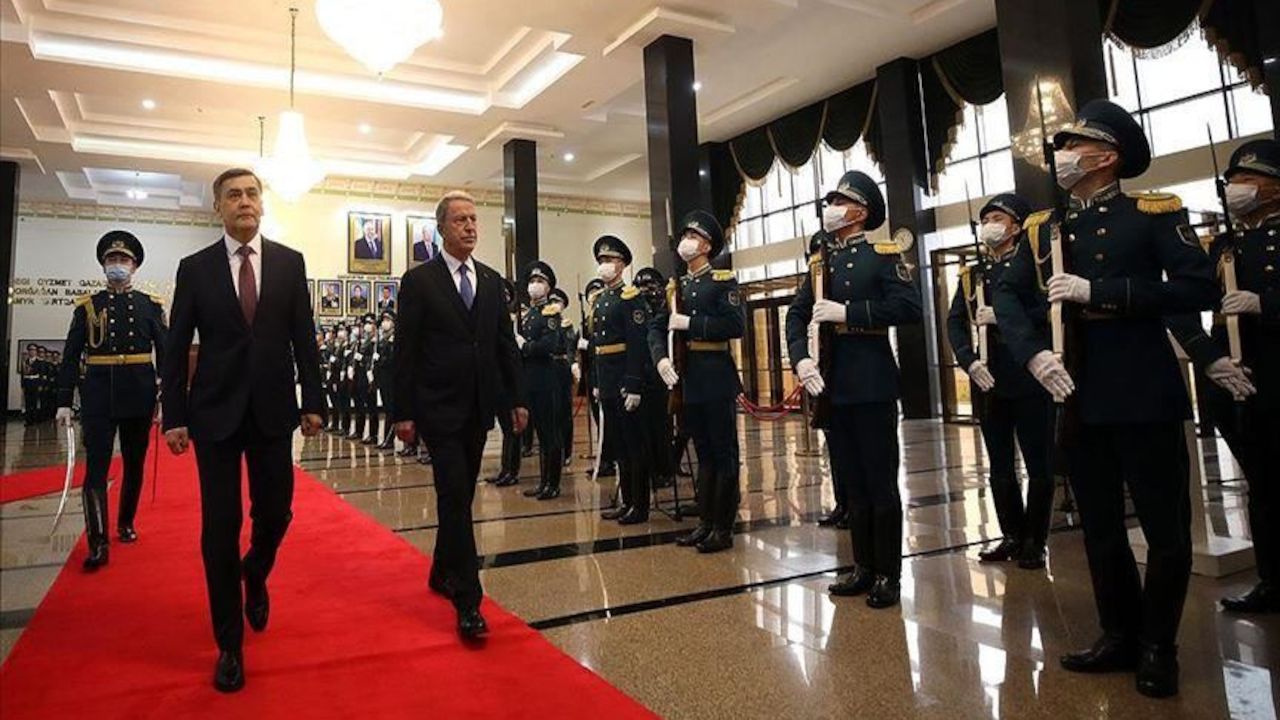 Hulusi Akar was welcomed by Kazakhstan’s Defense Minister Nurlan Yermekbayev with a military ceremony before a bilateral meeting in the capital Nur-Sultan.

They also chaired a delegation-level meeting and exchanged views on bilateral and regional defense, security issues, and defense industry cooperation.

Describing the Central Asia country as a Turkic “fatherland,” Akar thanked Kazakh officials for their hospitality.

Before the meeting, Akar touted the two countries’ common history, past, and values, adding that constructive and close relations between Turkish President Recep Tayyip Erdogan and Nursultan Nazarbayev, Kazakhstan's founding president, paved the way for broad cooperation between the two nations.

“I believe that the existing relations in military training, cooperation, and the defense industry will continue to grow, and this will be very beneficial for our countries and armed forces,” he said.

Akar added that a 2019 strategic partnership agreement between the two countries helped draw an important roadmap for relations.

Yermekbayev greeted Akar with the expression, "Welcome to the fatherland from the motherland."

“As friendly sister states, we need to further develop our relations,” Yermekbayev said.

After the meeting, Akar stated they had discussed how relations between the two countries and their armed forces can grow stronger.

“The friendship between the Turkish and Kazakh presidents is known. We need to move forward on the path they blazed and do the necessary work for our countries, armed forces, and nations,” said Akar.

Atamkulov also said that Turkey was the first country to help Kazakhstan after coronavirus hit the country.