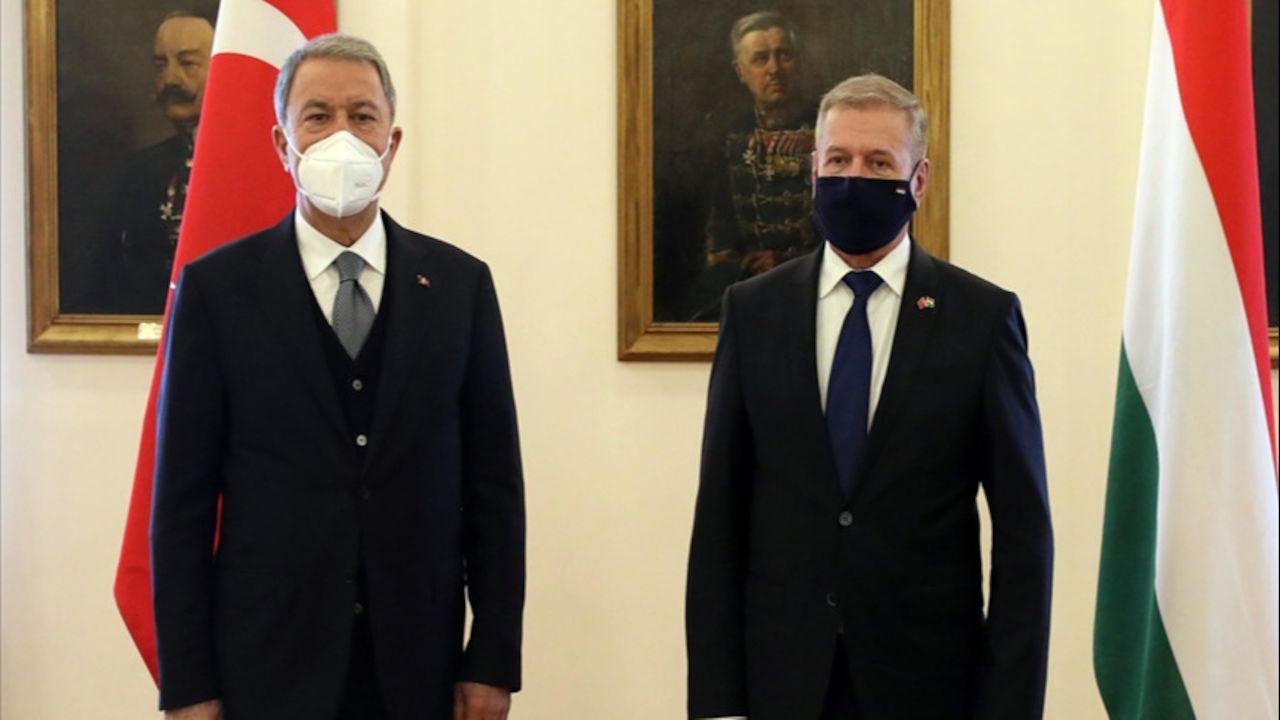 Turkish Defense Minister Hulusi Akar and his Hungarian counterpart Tibor Benko have met in Hungary's capital Budapest to discuss issues of defense and security along with military cooperation areas.

During the meeting, in addition to bilateral ties, NATO, EU defense and security issues, as well as developments in the Aegean, Balkans, Azerbaijan, Libya, and Afghanistan were discussed, noted Akar, who referred to Hungary as “a true friend and ally”.

Both countries' cooperation and common efforts would not only contribute to the bilateral ties, but also to the EU and NATO efforts in security, he added.

The framework set by Turkish and Hungarian presidents made countries' military cooperation much easier, Akar stressed, saying quick progress of technical and operational issues would be possible in the coming period thanks to the political approach of the countries.

Akar also said Turkey was in charge of NATO's VJTF (Very High Readiness Joint Task Force) 2021, and Hungarian contribution in this context was important, stressing that Turkey attached great importance to relations with Hungary both in NATO and historically.

The VJTF was established in 2014 at a NATO summit in Wales in response to changing security environment such as disturbances in the Middle East and Russia’s destabilizing activities in Ukraine.

Hungarian Defense Minister Benko, for his part, said they discussed many important issues and that common efforts were carried out under NATO to ensure security, stability, and peace.

Stressing that Turkish peace mission provided valuable contributions to peace and security in the western Balkans, he further noted that Turkey’s efforts regarding sheltering of 4 million refugees meant a lot for both Europe and Hungary, thanking Turkish President Recep Tayyip Erdogan and his counterpart Akar personally.