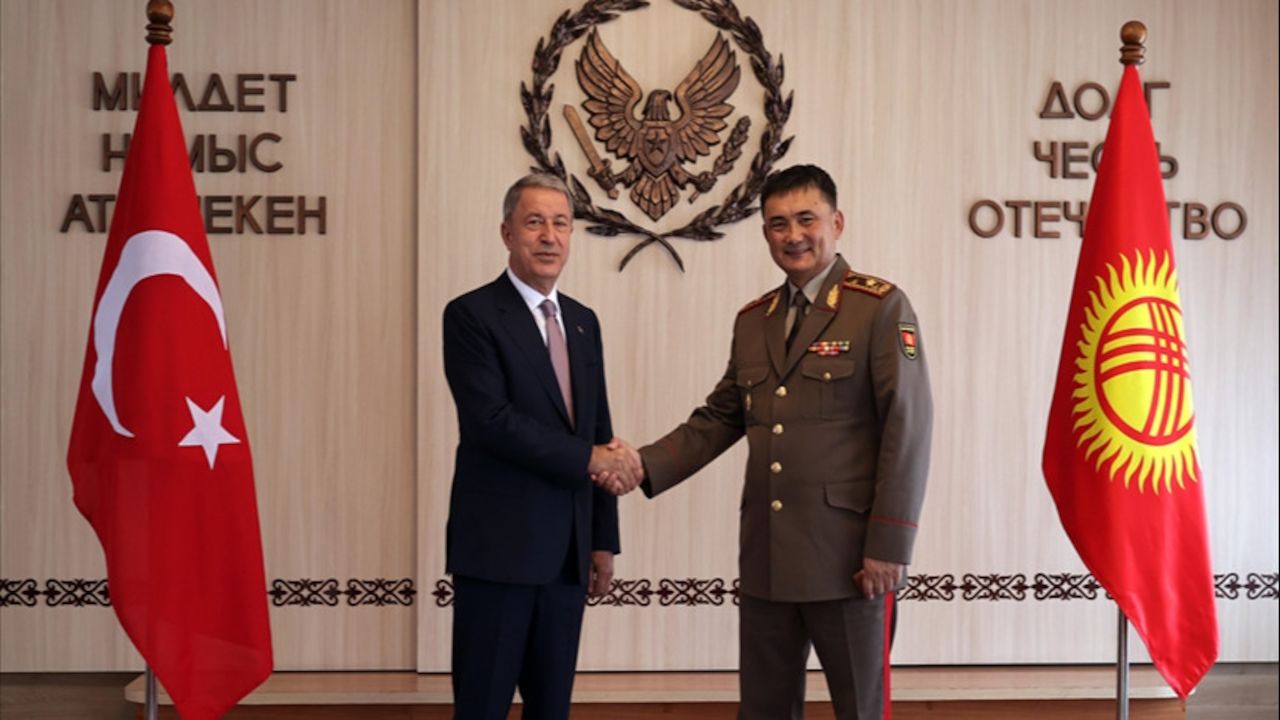 Turkey's defense chief on Tuesday met his Kyrgyz counterpart while on an official visit to the capital Bishkek, according Turkey's Ministry of National Defense.

Hulusi Akar and Kyrgyzstan's Taalaibek Omuraliev discussed military, security and defense industry issues, as well as the fight against the Fetullah Terrorist Organization (FETO), the group behind the 2016 defeated coup in Turkey, the ministry said on Twitter.

Hailing Kyrgyzstan's 30th year of independence, Akar underlined that Turkey has supported the country since then. "Political stability and social peace of Kyrgyzstan are always our priorities. We, as Turkey, will continue to support brotherly Kyrgyz people's peace, prosperity and stability," he said.

FETO and its US-based leader Fetullah Gulen orchestrated the defeated coup of July 15, 2016, in which 251 people were killed and 2,734 injured.

Ankara also accuses FETO of being behind a long-running campaign to overthrow the state through the infiltration of Turkish institutions, particularly the military, police, and judiciary.

For his part, Omuraliev drew attention to the common history and culture between the two countries.

He added that it was of special importance that Akar's visit came shortly after a visit by Kyrgyz President Sadyr Japarov to Turkey.​​​​​​​