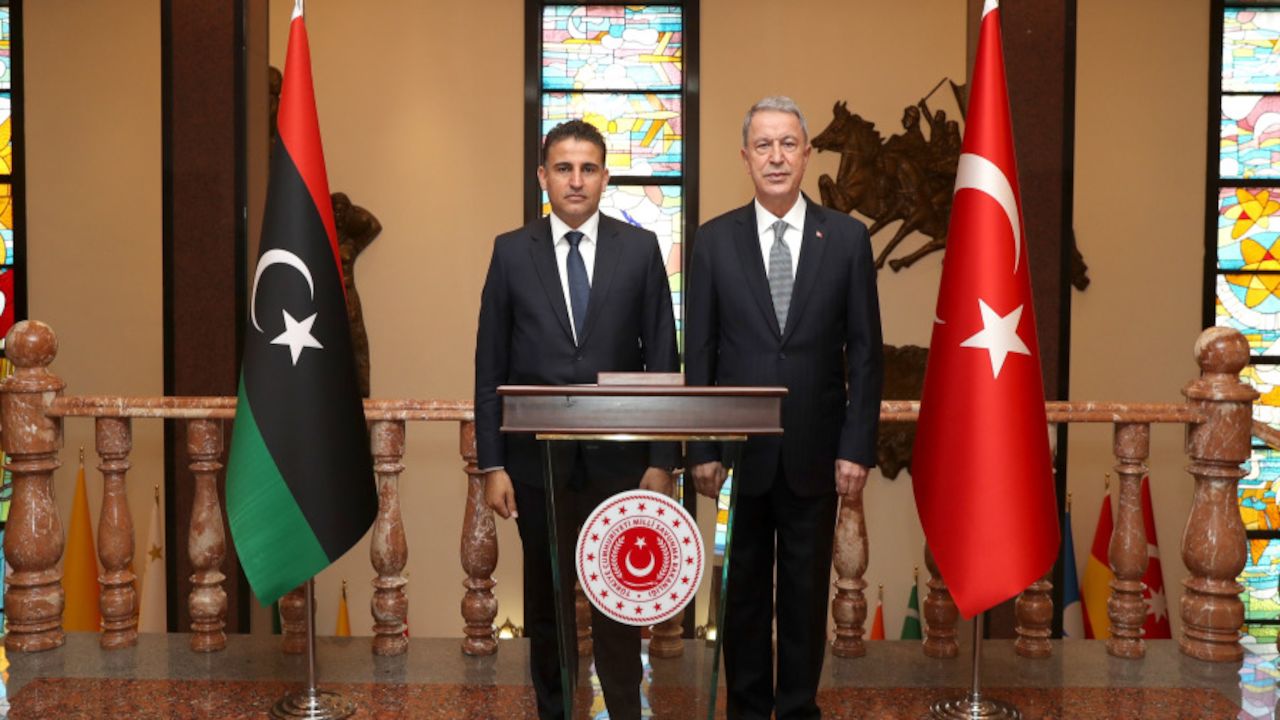 According to a press release by the Turkish National Defense Ministry, Turkey’s Defense Minister Hulusi Akar met his Libyan counterpart Salahaddin Namroush in Istanbul on Saturday to exchanged views on the latest developments in Libya.

"Turkey is closely monitoring ongoing efforts for a political solution in Libya."

"Turkey's goal is to contribute to the formation of a Libya that has ensured its territorial integrity and political unity, and lives in peace, tranquility and stability," he added.

Akar reiterated Turkey’s commitment to keep up consultations with Libya and continue military and security training for Libyan forces.