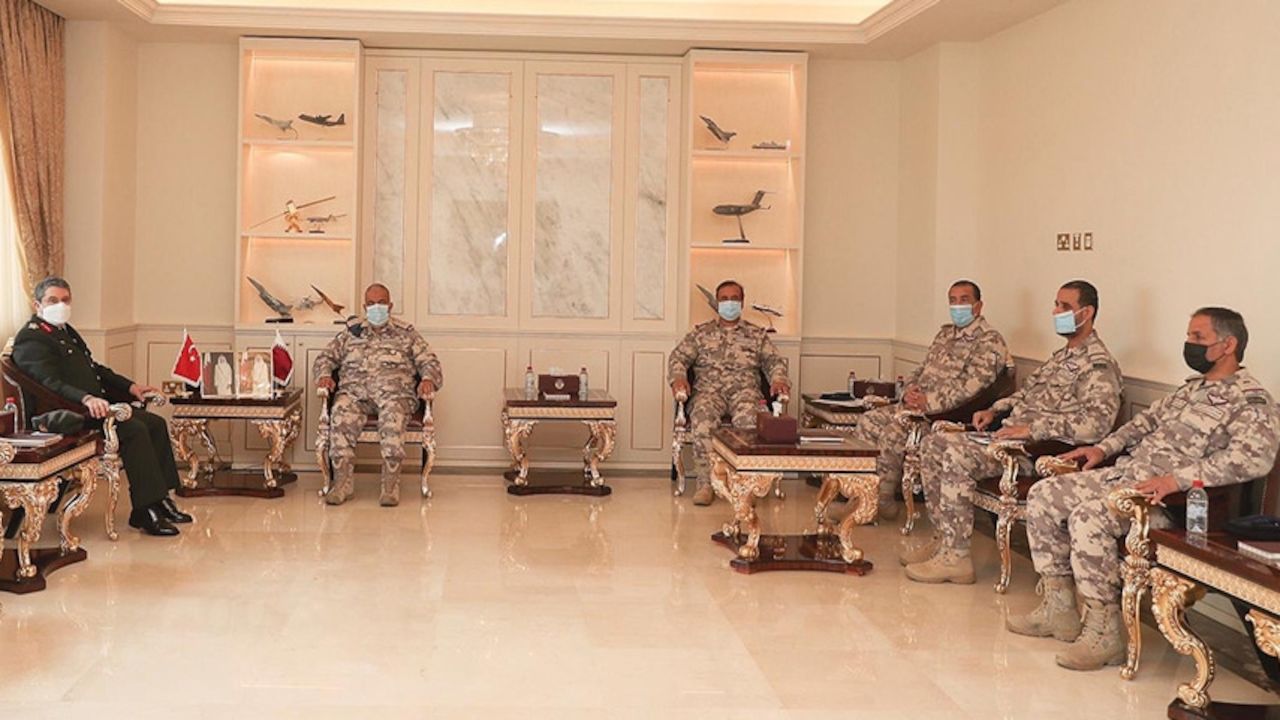 The agency also added that, the meeting dealt with reviewing bilateral cooperation in the military field and the means to enhance them.

Senior officials from the Qatari Armed Forces were also present at the meeting.

The Ministry of Turkish National Defense (MSB) also announced earlier this week that the Commandos of Qatar Special Forces received "Commando Training" by the personnel of Qatar-Turkey Combined Joint Force Command in Doha.