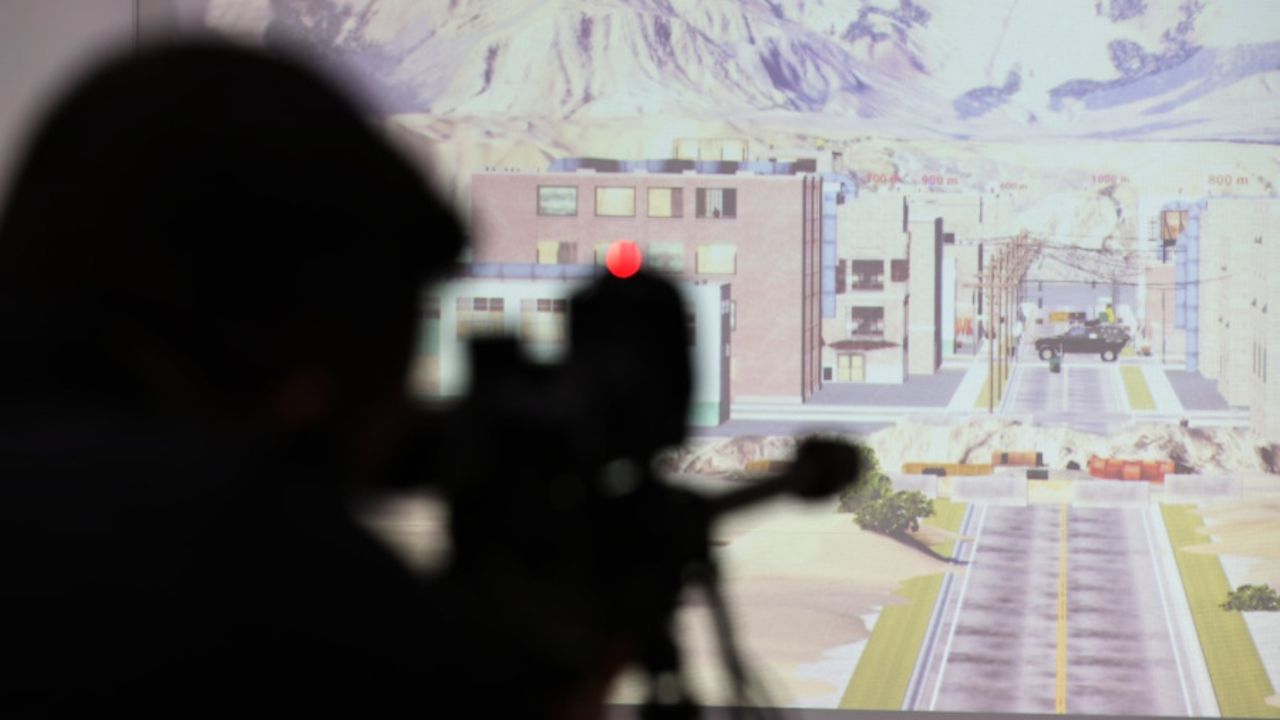 The sniper simulator developed by leading Turkish defense contractor Havelsan is ready for use and will first be put into service at a commando training command center in central-western Turkey’s Isparta province. The simulator's initial iteration has been upgraded with feedback and suggestions from the country's security forces, ensuring the product's high effectiveness.

Accordingly, the company has manufactured and put into use simulators for numerous platforms in the inventory of the Turkish Armed Forces (TSK), most recently the sniper simulator designed in line with the needs of the security forces.

According to a report by Anadolu Agency (AA) Sunday, Havelsan developed the sniper simulator within a short period of time to meet needs that have become more visible with urban area operations. The simulator has been further upgraded with feedback from security forces.

Havelsan, working on a product that can be used in training by applying a real ballistic model, improved the scenarios in the simulation and integrated the scenarios desired by the user into the system.

Thanks to the simulator, basic sniper training will be carried out much more easily and cost-effectively. Shooting training can currently be done at distances of between 500 meters to 600 meters (1,640 feet to 1,968 feet). For sniper training, it is necessary to create a security area at much longer distances and in a wide area of 2 to 5 square kilometers (0.77 to 1.93 square miles). The sniper simulator eliminates this need and enables safe training with real weapons and equipment in the desired environmental factors and scenarios.

The person using the simulator can effectively receive basic training in a closed area at different times of the day, different altitudes and different weather conditions. The simulator has technical features such as realistic 3D images and the option for special binoculars.

Not many sniper-training simulators can be found in the world, and Havelsan's solution differs from known products thanks to the use of real equipment and real ballistic models.

Such systems are very difficult to purchase from a limited number of manufacturers while the products currently on the market are far from meeting needs.

The company is not only a brand in Turkey in simulation technologies but also a firm with the potential to become globally renowned, Industry and Technology Minister Mustafa Varank said earlier last month during his visit to the company’s complex in the capital Ankara.

“In addition to flight simulators, they can also develop simulators for land vehicles and personnel training,” Varank said at the time, who tried the sniper simulator.

Havelsan's solutions include the Virtual Maintenance Training System, the F-16 simulator and the Airbus A320 full-flight simulator all developed under the Simulation, Autonomous and Platform Management Technologies Center.

The company, along with its domestic use, now eyes exporting the F-16 simulator through the aircraft’s manufacturing company.

The F-16 Virtual Maintenance Training Simulator is set to raise the training level of maintenance personnel that work on the fighter jets, which comprise Turkey's most significant striking power, for now.

The system is scheduled to be delivered to the Air Forces Command by the end of this year.

Havelsan also joined the development of Turkey's TF-X National Combat Aircraft (MMU) with a strategic partnership with TR Motor, a firm tasked with developing the turbofan jet fighter engine for the craft.

Havelsan is set to use its knowledge and experience in supporting the engine design.

The simulation software technology owned by the company will be particularly useful in the engine project. Within the scope of the signed agreement, Havelsan will ensure the establishment of the design and test verification infrastructures of plant and control models and the development of computer-based design tools to meet the needs of TR Motor.

The two parties will work together in operating and analyzing flight control system software and a simulator developed by Havelsan with the existing plant and engine model.