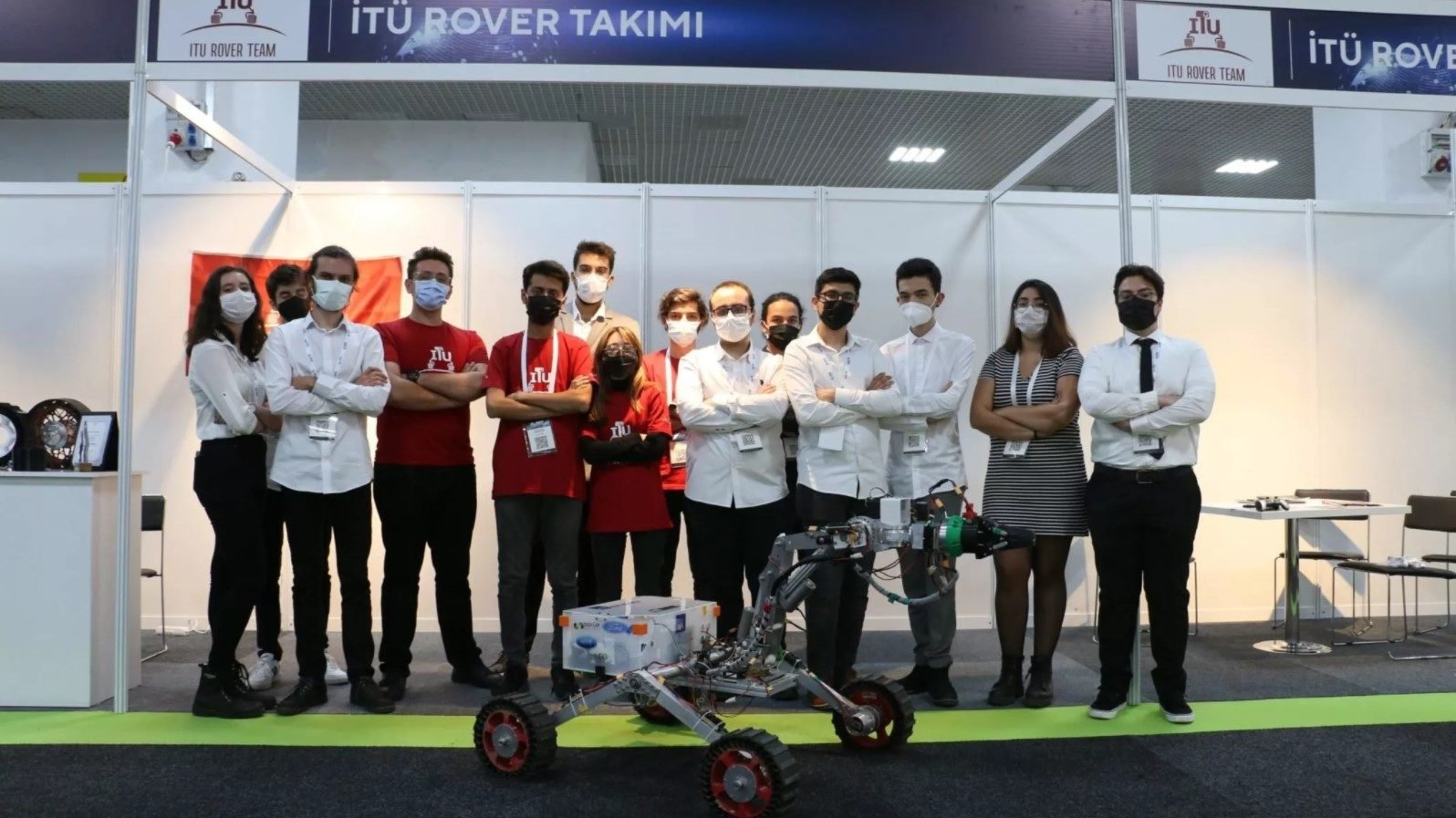 Since our team got together in 2017 and since that time we are getting big achievements in that kind of international competitions. While creating that we are building a rover that can go autonomous and have a six-axis robotic arm. With those systems we can achieve the things and astronaut need to do outside of the spacecraft, space vehicle.

In 2020 we got the bronze medal in the University Rover Challenge and after this year we got the silver medal and the best robotic arm award in the European Rover Challenge. While we are creating them, we are working together with 5 sub teams. We have the Mechanical Team that creates the skeleton of the vehicle and the Electronic Team that builds the nervous system and Software and Science Team that creates the brain of our vehicle. While doing that our organization team gives the spirit that is needed to achieve that greatness on the competitions."

Another system that we designed is the robotic arm. Robotic arm actually can mimic a human arm. It has 6 degrees of freedom so it can act in every angle a human arm can move. Using this robotic arm we actually do some tasks which includes plugging a cable or collecting some items from the ground and it can also carry up to 5 kilograms of payload.

Using the drive system we operate the robot autonomously and for the autonomous tasks we use AI and image processing operations. We also detect the obstacles around the robot and while using pathfinding algorithms we are able to move autonomously. Additionally, we are also using AI for object detection and while detecting an object we also use those cameras to get the position of that object and then we move towards the object to collect it in an autonomous way. In addition this robot is capable of driving in high angles like 45 [degrees].

We also design our circuits to operate this robot. We design some communications modules or power distribution boards to make this robot work. We also use robot operating system (ROS) to make the connection between the hardware and the software. We also use this ROS to make the robot move. We also write the algorithms for pathfinding and image processing ourselves. We also write the code for controls of the robot, the robotic arm, and the drive system. We design algorithms for the mechanical system so that the robot moves smoothly."

ITU Rover Team design and develop their own rover