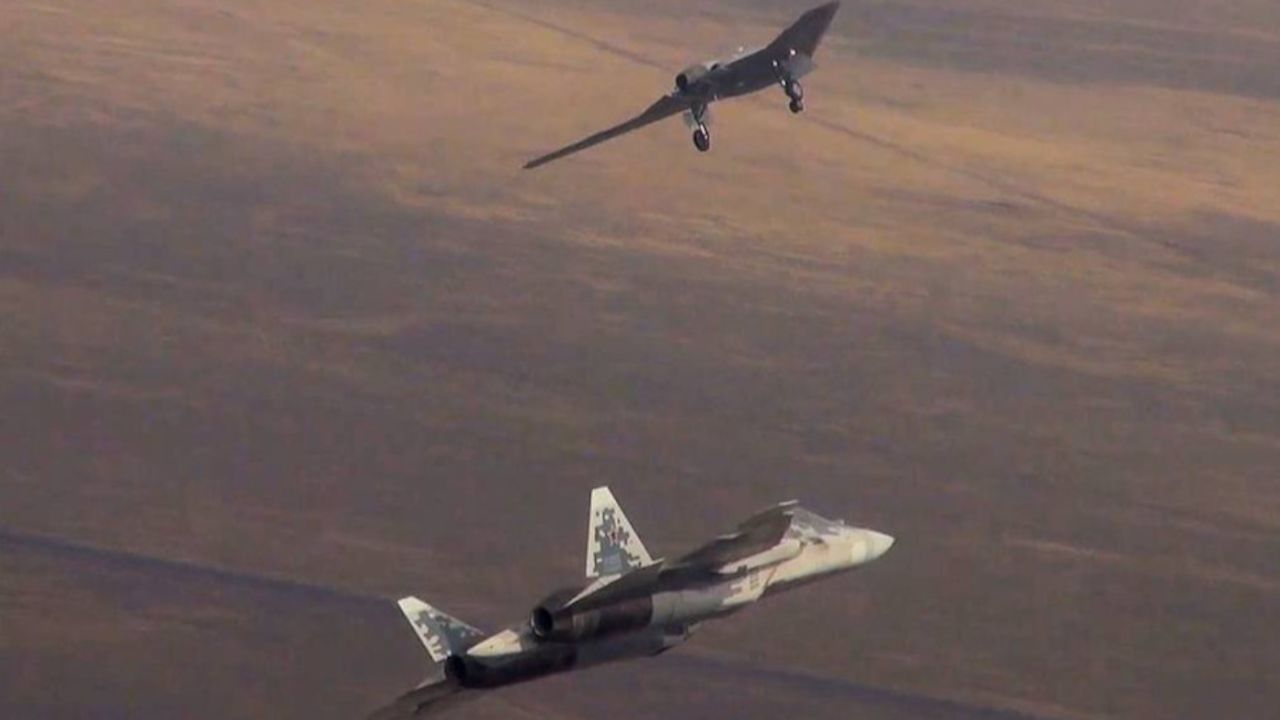 A fifth-generation Su-57 fighter jet will be designed in a two-seat modification to control a swarm of heavy Okhotnik combat drones, a defense industry source told Russian news agency TASS.

"In order to control advanced Okhotnik drones, a two-seat command variant of Su-57 will be created. The fighter jet, already in development, is presumed to control about four Okhtonik drones," the source said.

TASS could not obtain an official confirmation of the report at the time of the publication.

As the press office of Russia’s United Aircraft Corporation (UAC) earlier told TASS, the latest Okhotnik drone will strike aerial and ground targets in network centric interaction with a Su-57 fighter. In their joint employment with the fifth-generation fighter, Okhotnik drones will deal with a full range of tasks, striking aerial and ground targets under the command of a Su-57’s pilot.

The Sukhoi Su-57 is a Russian-made fifth-generation multirole fighter designated to destroy all types of air, ground and naval targets. The Su-57 fighter jet features stealth technology with the broad use of composite materials, is capable of developing supersonic cruising speed and is furnished with the most advanced onboard radio-electronic equipment, including a powerful onboard computer (the so-called electronic second pilot), the radar system spread across its body and some other innovations, in particular, armament placed inside its fuselage. The Russian Armed Forces received the first Su-57 fighter in 2020.

The Okhotnik heavy attack drone performed its debut flight on August 3, 2019. The flight lasted over 20 minutes under an operator’s control. On September 27, 2019, the Okhotnik performed a flight together with a Su-57 fifth-generation fighter jet. The drone maneuvered in the air in the automated mode at an altitude of around 1,600 meters and its flight lasted over 30 minutes. The serial deliveries of Okhotnik heavy strike drones to the Russian troops are scheduled to begin from 2024.