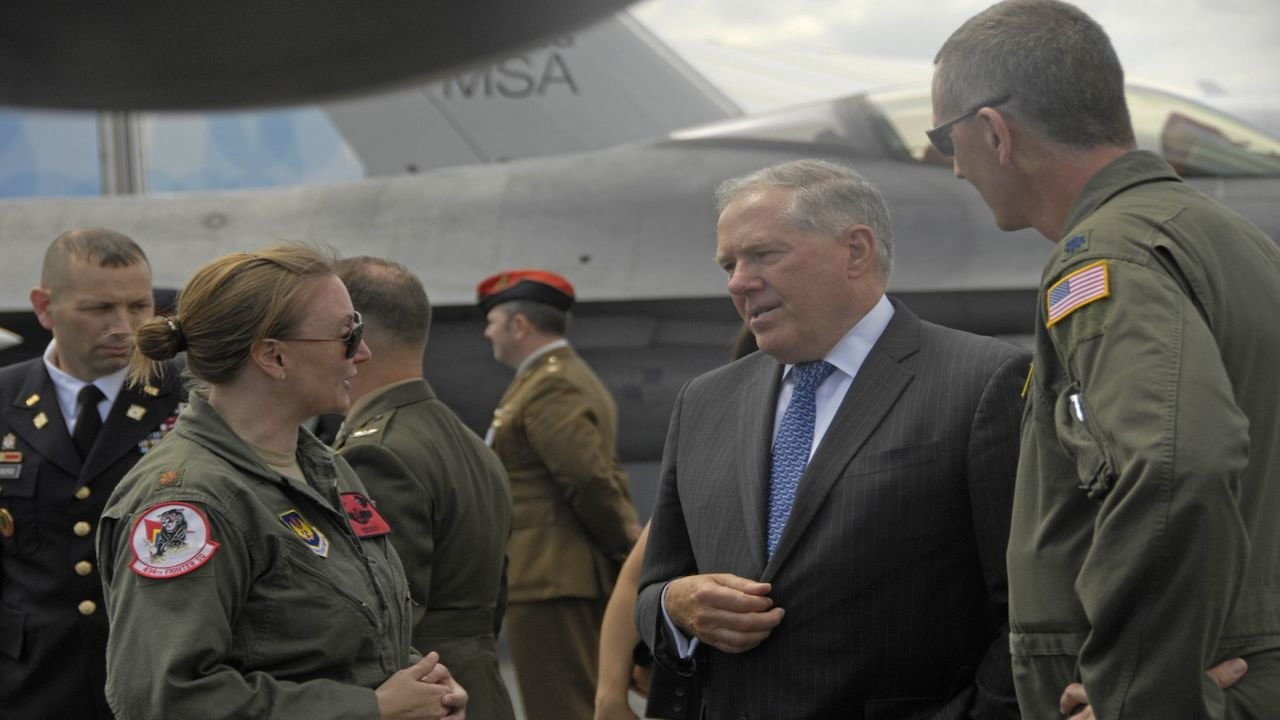 Air Force Secretary Frank Kendall on Monday used his first public speech to send a message to Congress: The aircraft in your district are not exempt from the retirements the Air Force must do to free up funds for next-generation planes, drones and weapons.

“I have one request of the Congress: help us to focus on the one fight — the strategic competitive fight — we must win,” Kendall said during a speech at the Air Force Association’s Air, Space and Cyber conference.

“We will not succeed against a well-resourced and strategic competitor if we insist on keeping every legacy system we have,” he said. “Our one team cannot win its one fight to deter China or Russia without the resources we need and a willingness to balance risk today to avoid much greater risk in the future.”

“I do understand the political constraints here, and I’m happy to work with Congress to find a better mechanism to make the changes we need, but we must move forward,” Kendall added.

Immediately after taking office in late July, Kendall put the Air Force and Space Force to work on an intense exercise meant to overhaul the services’ budget ahead of its submission to the Office of the Secretary of Defense two days later.

The resulting budget submission does not comply with congressional direction to retain certain numbers of legacy aircraft, said Kendall, who did not elaborate further.

In recent years, the service has shied away from seeking to retire full fleets of aircraft, as was common practice during the Obama administration when the Air Force unsuccessfully tried to divest its U-2 spyplanes, RQ-4 Global Hawk surveillance drones and A-10 Warthog attack planes.

At the time, leaders said Budget Control Act caps made it impossible to modernize the force with next-generation aircraft while at the same time hanging on to aging planes that are expensive to maintain.

Instead, over the past two years, the Air Force put forward budget proposals that called for retiring portions of certain aircraft inventories — several squadrons of A-10s, the oldest model Global Hawks and dozens of aging KC-10 and KC-135 tankers, for example.

Kendall signaled the service could return to a more aggressive approach, where it will push lawmakers to approve the retirements of “aircraft that we no longer need and that do not intimidate China.”

In an August interview with Defense News, Kendall said the Air Force was considering bundling aircraft divestments in a single package, which would allow the service to make cuts without having to debate every proposed retirement individually.

These older fleets are “consuming precious resources we do need for modernization,” Kendall said at the conference. While it’s understandable that lawmakers try to protect their districts’ economies, local political interests are coming at the expense of national security priorities, he added.

“It was a frequent occurrence during my confirmation process to have a senator agree with me about the significance of the Chinese threat, and in the same breath to tell me that under no circumstances could the — take your pick — C-130s, A-10s, KC-10s, [or] MQ-9s in that senator’s state be retired, nor could any base in his or her state ever be closed or lose manpower that would cause impact to the local economy,” he said.

Kendall asked the audience to imagine a headline in a Chinese newspaper where the Chinese legislature’s representative in Hunan opposed the retirement of J-10 fighters until the J-20 had been fielded.

“Can any of you imagine that headline in the South China Morning Post?” he asked. “I cannot.”