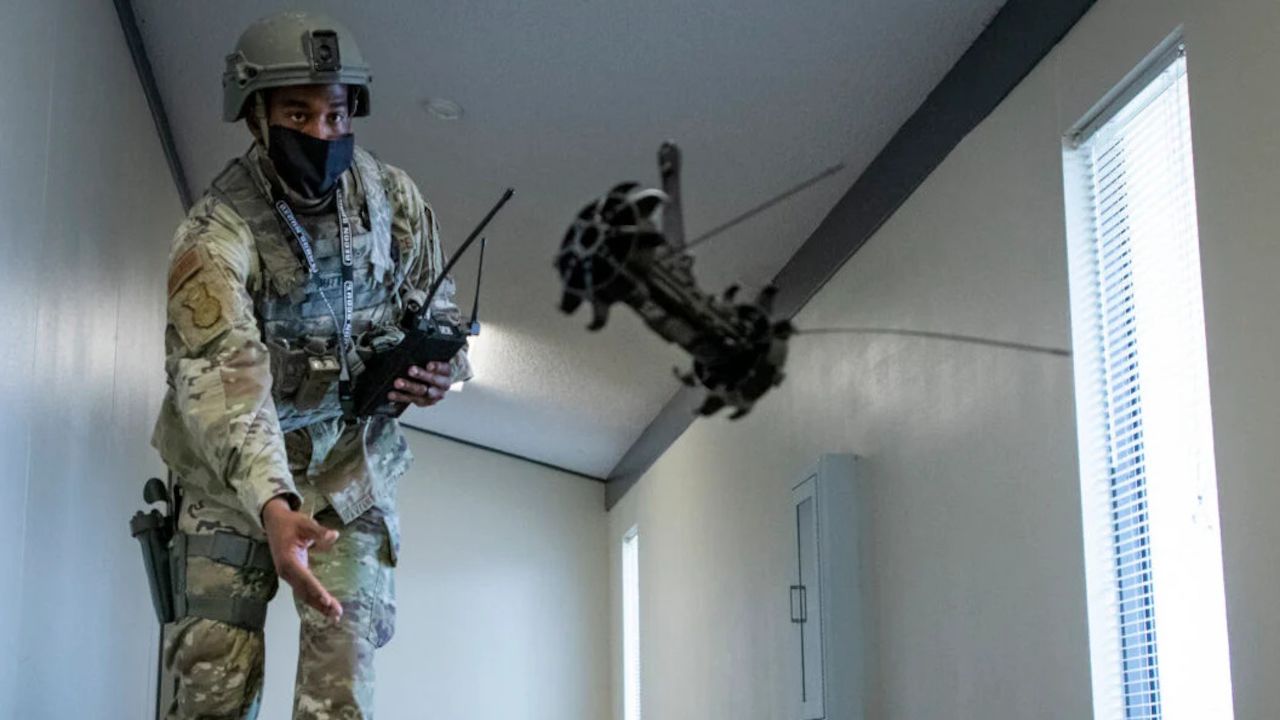 The age of nanorobots and drones is fast approaching. The U.S. Air Force begins to use a microrobot that records and transmits video and audio reconnaissance and help in security mission.

The 96th Security Forces Squadron, according to the press release, is already equipped with a football-sized device, called the Throwbot, to assist base security.

The Throwbot, a throwable microrobot, that records and transmits video and audio reconnaissance, indoors or outdoors, to an operator’s control unit is now in the 96th Security Forces Squadron’s inventory.

The new device gives a response team a safe way to assess a situation, make informed decisions and perform tasks that can lead to saving lives and property.

“It took five minutes for me to learn how to use it,” said Leon Gray, 96th SFS, after seeing it demonstrated at trade shows.  “It quickly became apparent how our security personnel could utilize this tool in our operations.”

A Throwbot acquisition plan was presented at an iSpark meeting July 1. Only nine days later, Throwbot was approved and purchased on the same day.

Gray said the squadron would look for ways to incorporate Throwbot into security training exercises, for evaluation and use in potential life-and-death situations.

The robot can withstand landings of up to 30 feet and can crawl over a variety of terrain.  When accessorized, it can carry and tow a combined four pounds of equipment.

A camera on its front allows an operator to see what it sees.  The control unit contains a joystick to guide the device, a video monitor and antennas. Video can be fed to an external monitor.

In an active shooter situation, the Throwbot’s camera allows an operator to see around corners while clearing a building under threat, locate and identify subjects, confirm presence of hostages and show a room layout.

Other planned security uses include checking under vehicles when conducting commercial vehicle inspections, and when executing random base entry point anti-terrorism measures.

“We’re glad to have the Throwbot as another 96th SFS tool to use in our ever-evolving security mission at Eglin,” Gray said. “It will be especially great to have in emergencies, to help us make informed decisions when seconds count.”