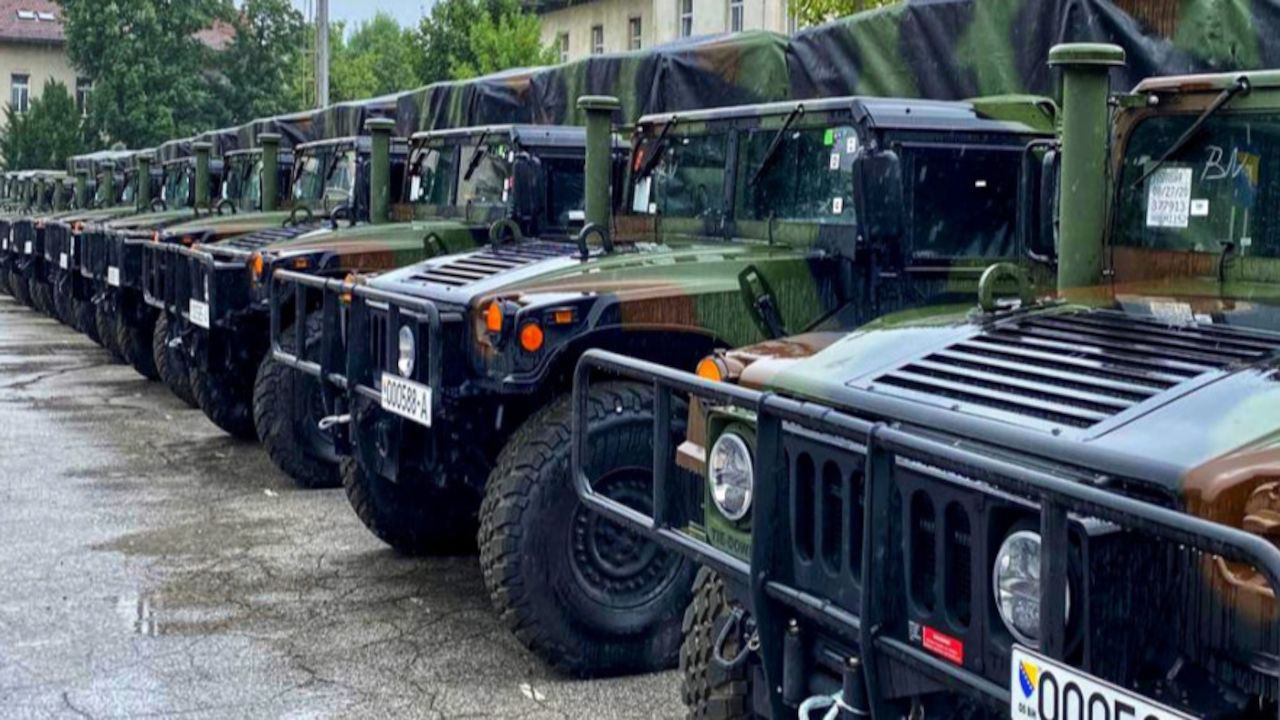 The United States donated 21 HMMWVs (High Mobility Multipurpose Wheeled Vehicle) to the Armed Forces of Bosnia and Herzegovina to help increase the country’s “ability to protect its citizens and contribute to global security,” the US Embassy in Sarajevo said.

The handover of the donated vehicles took place at the barracks in Rajlovac, near Sarajevo, in presence of US Ambassadors, Eric Nelson, and BiH Defence Minister, Sifet Podzic, among others.

“NATO and its partners are most effective facing complex challenges as a team united by a common cause. These Humvees will increase Bosnia’s ability to protect its citizens and contribute to global security,” a US Embassy tweet said.

Podzic explained that the donation is worth more than 2.6 million US Dollars.

He noted that the US has already previously donated 58 vehicles of the same kind to BiH and that the country’s Armed Forces now have 79 HMMWVs in total.

“Of the 21 donated vehicles, nine are ambulances, while 12 vehicles are for transporting troops. Through this donation, our reliable strategic partner, the United States, will definitely help us in our key task, which is the realization of the defence review, that is, the realization of the Reform Programme that we submitted to Brussels, to the NATO alliance,” Podzic explained.

Ambassador Nelson said that the US invests resources in building up the capacities of the BiH Armed Forces to operate during peace and called for the implementation of reforms to continue in order for BiH to meet the standards necessary for its Euro-Atlantic path.

Chief of the Joint Staff of Bosnia’s Armed Forces, Senad Masovic, said that the “bilateral military cooperation between the Armed Forces of BiH and the US Army, but also between countries, is growing continuously.”

“By the end of the year, we expect the delivery of four new multi-purpose helicopters for the needs of the Armed Forces of BiH,” he said.