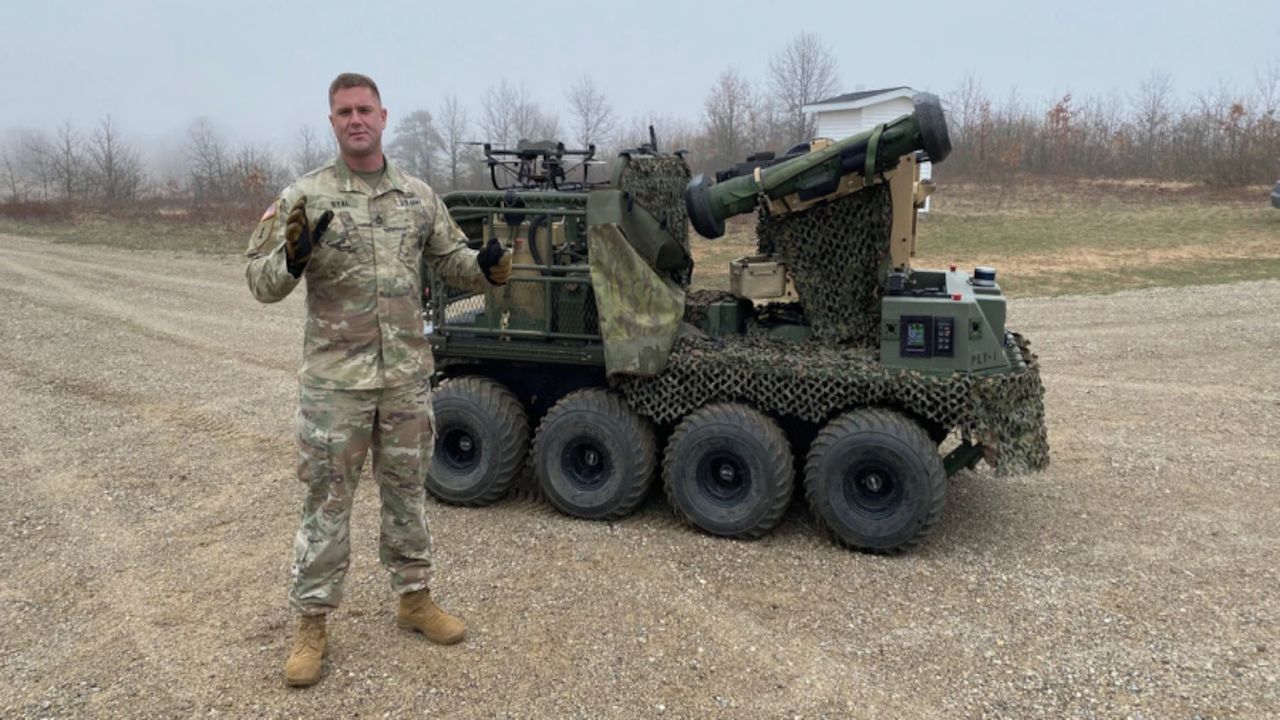 Soldiers from the 3rd Infantry Division recently ran the Robotic Combat Vehicle through two weeks of live-fire testing as the Army develops robot battle buddies to fight alongside its Next Generation Combat Vehicle.

The soldiers from Alpha Company, 1st Battalion, 28th Infantry Regiment, out of Fort Benning, Georgia did the live fire at Camp Grayling, Michigan, in late April.

The platoon ran through a series of live fire events on the “Project Origin” platform. The platform is a surrogate system that the Army is using as it experiments while developing RCVs.

Soldiers used a remote control from behind a berm and visual feeds from drones tethered to the platform to locate targets. They then used M249 Squad Automatic Weapons, M2 .50 caliber machine guns and Mk19 grenade launchers mounted on the vehicle to strike enemy vehicles with two or fewer corrections.

Those weapons were fired using a wireless fire control built by Kongsberg Defense & Aerospace, according to a company statement. The company built the first fielded remotely-operated turret.

“The system worked very well. Right now, today, even in its status as test platform, this would bring a significant new level of lethality to our infantry forces,” said Sgt. 1st Class Richard Dyal, who was involved in the recent exercise.

The same soldiers also worked with the system back in November, using autonomous drive features, the drone system and the smoke module.