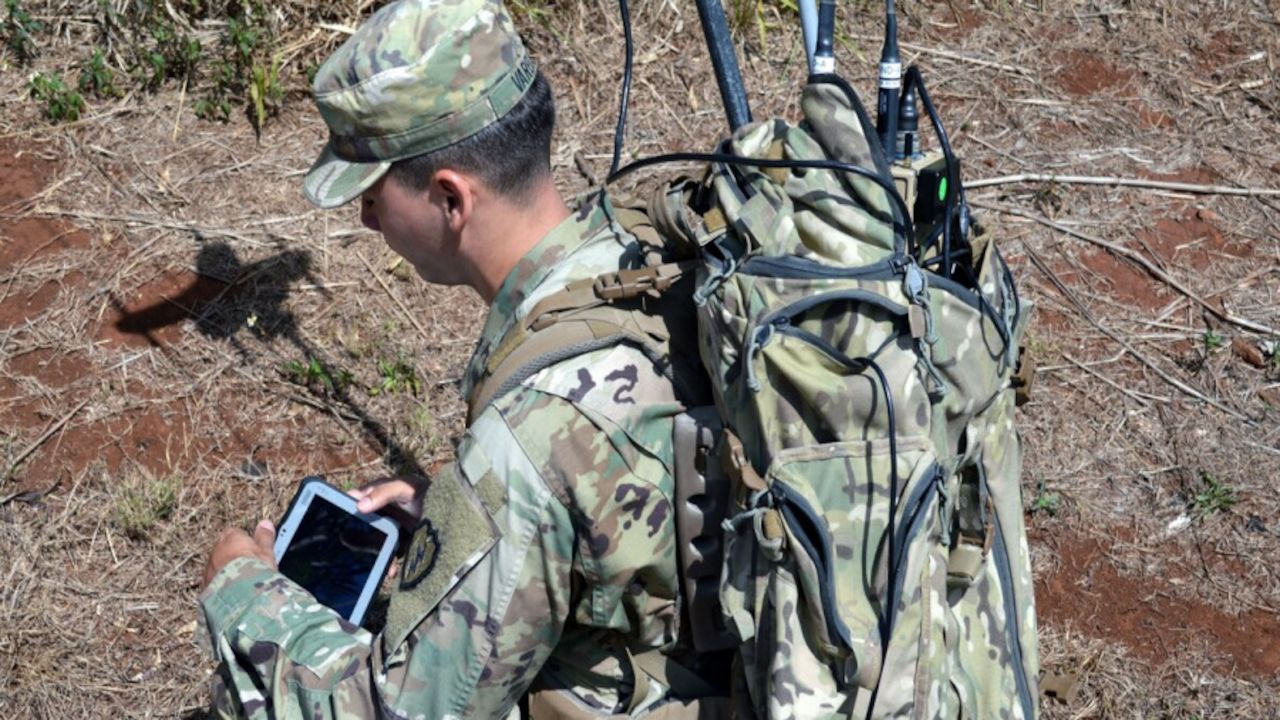 The U.S. Army is working on a new tool to provide a much needed visual of the signals that command posts and units leak into the electromagnetic spectrum, possibly giving away their location.

Demonstrations by sophisticated nation-states in recent years have made clear the detriment of big, static command posts or units with large electromagnetic spectrum footprints. Nation states have geolocated units based on their electromagnetic spectrum emissions alone and been either jammed or fired upon. The Russians demonstrated this to great effect in Ukraine.

Now, the Army is listening to its spectrum managers who have clamored for a program-of-record spectrum analyzer to improve situational awareness, said Col. Daniel Holland, Army capability manager for electronic warfare.

This spectrum analyzer capability, still in the concept phase, is expected to work through a portable, tablet-like piece of equipment, with sensors at tactical operations centers or mounted on vehicles to allow monitoring on the move, Holland said during a Feb. 16 virtual presentation during TechNet Augusta.

The tool will integrate with the Electronic Warfare Planning and Management Tool, a command-and-control capability that allows forces to visualize the potential effects of electronic warfare in the field and chart courses of action to prevent jammed capabilities. Integration of the two tools will provide a better operational picture of this invisible terrain in near real time.

“We believe that the combination of a spectrum analyzer with EWMPT allows the commander to visualize and plan network-enabled operations in the electromagnetic spectrum,” Holland said. “This planning and visualization is critical to winning on a multidomain battlefield teeming with many low-cost, but extremely capable adversary sensors.”