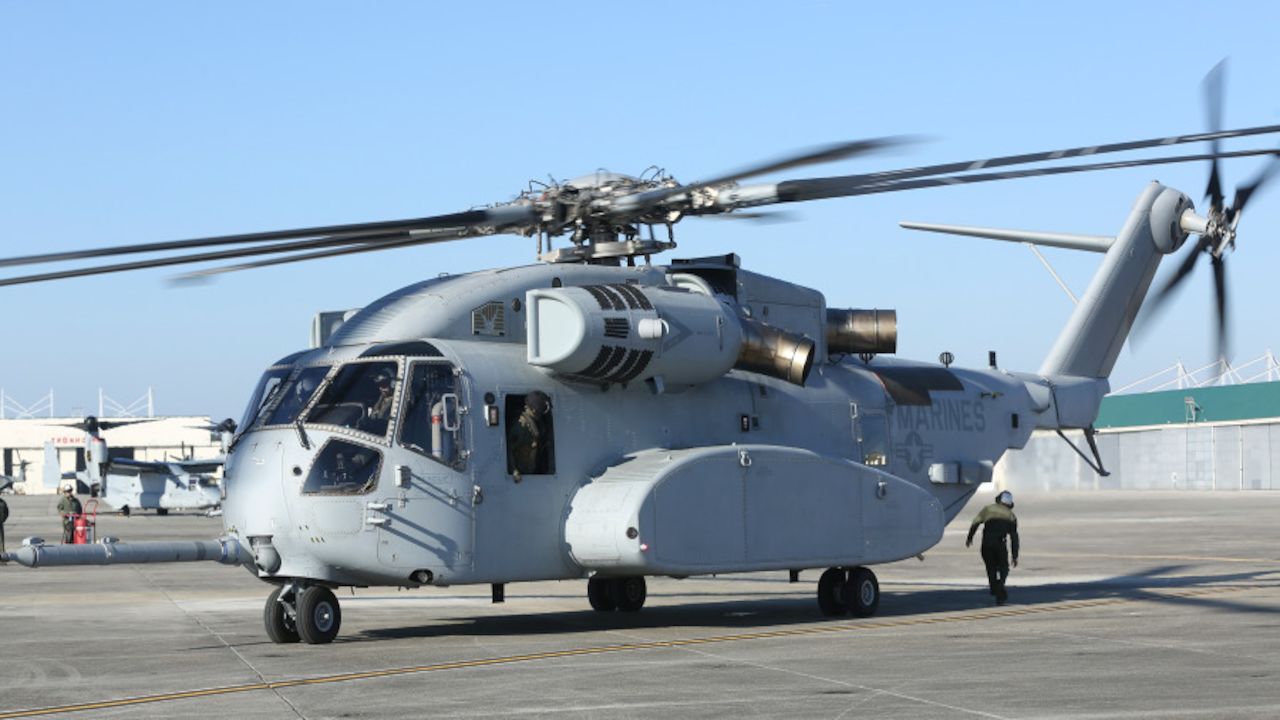 The U.S. Navy awarded Sikorsky a contract to build nine more CH-53K King Stallion heavy lift helicopters, with language added into the contract to continue bringing down the cost of the aircraft as Sikorsky gains more experience building them.

The Lot 5 contract includes $878.7 million for nine helicopters, as well as an option for a Lot 6 contract that would buy nine more helos for $852.5 million, according to a Naval Air Systems Command statement.

The Lot 5 contract brings the cost of Sikorsky’s portion of the helicopter down to $97.6 million apiece, and the Lot 6 contract would reduce that to $94.7 million apiece, according to NAVAIR. This cost does not include the engine or other government-furnished equipment. The cost per helicopter under the most recent Lot 4 contract appears to be about $102.1 million: NAVAIR stated the per-unit cost from Lot 4 to Lot 6 had dropped by $7.4 million.

“This contract award is a testament to the hard work and dedication from the team to execute this critical program in support of the U.S. Marine Corps’ heavy lift requirement,” Col. Jack Perrin, the heavy lift helicopter program manager, said in the NAVAIR statement.

The Lot 5 low-rate initial production (LRIP) contract, awarded June 25, increases the number of CH-53Ks on contract to 33. These nine Lot 5 aircraft will deliver in 2024.

Sikorsky has delivered the first three CH-53Ks since October 2020.

According to a Sikorsky statement, the Lot 6 option would be executed no later than February 2022, using fiscal 2022 funds that are currently being discussed in Congress.

“Our aggressive focus on quality and affordability and strong government-industry partnership has successfully reduced the aircraft price. We look forward to expanding our digital-build and production and delivering this advanced heavy lift aircraft as quickly as possible to the Marine Corps, joint force, and our allies,” Bill Falk, Sikorsky’s CH-53K program director, said in the company’s statement. “Our nationwide network of suppliers is contributing to cost reduction efforts and this award will continue our collaboration, realizing even more efficiencies.”

The Marine Operational Test & Evaluation Squadron 1 (VMX-1) has been flying three system demonstration test article aircraft out of Marine Corps Air Station New River, N.C., for training ahead of Initial Operational Test and Evaluation (IOT&E), which will begin in July. During IOT&E, the Marine Corps will evaluate how the CH-53K performs in realistic operating conditions ranging from ships at sea to dusty and sandy environments ashore.

“The delivery of three CH-53K King Stallion helicopters is significant in that it continues the training process for the Marines, ensuring a smooth entry into service for this intelligent aircraft that offers dramatic improvements in performance, survivability, reliability and maintenance for the Marines 21st century missions,” Falk said in the statement.

“As the long-range logistic support backbone for the U.S. Marine Corps, it is essential that we get this critical capability to the fleet as quickly and as affordably as possible,” Perrin said in the Navy statement.