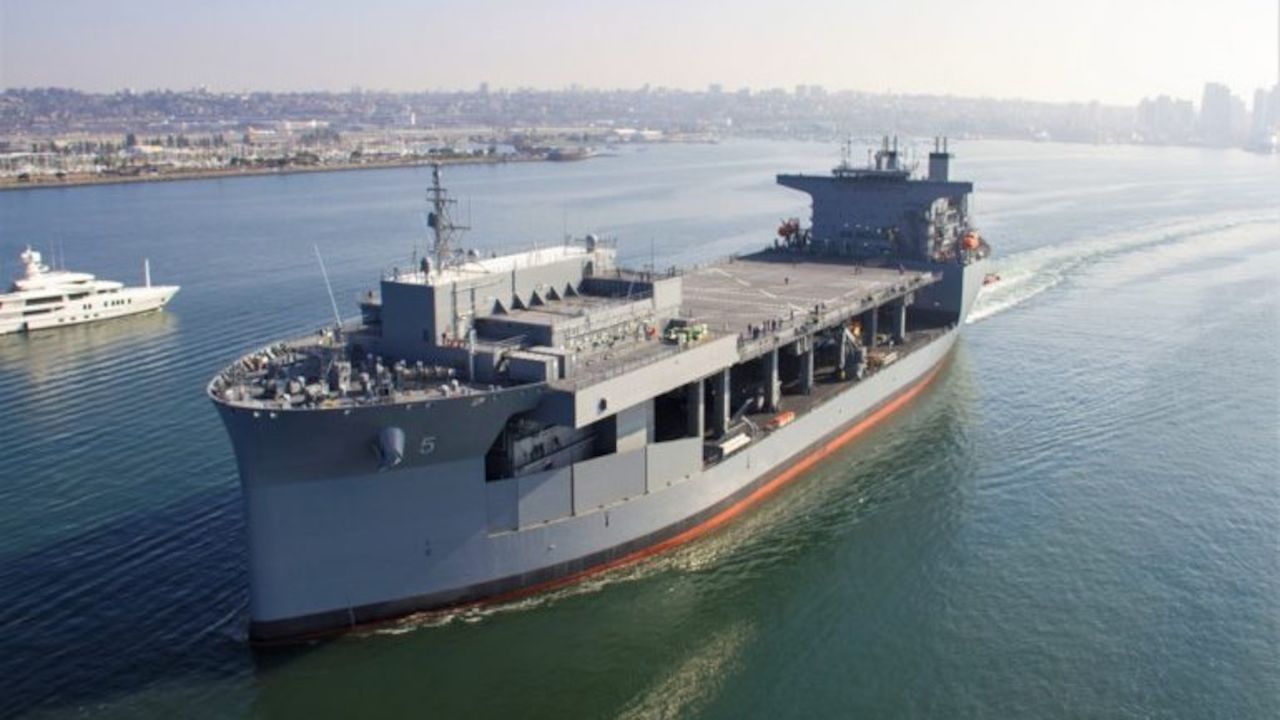 “This ship is named after an inspiring leader – a Marine. Lt. Gen. Heckl ran through Miguel’s career and a more detailed action of that day. But can any of us truly imagine? Close your eyes for a minute and try to think. The sound of gunfire like the worst violent storm any of us have ever been through. The searing heat, suffocating humidity, the chaos, and confusion of battle. The smell of death and destruction. When many would have stepped back, Miguel stepped up. He led the charge courageously focused on his team above all else, and he made a difference. A difference that is continued today,” Adm. Craig S. Faller, Commander, U.S. Southern Command said.

ESB 5 was involved in an incident during its build: The yard’s graving dock flooded in July 2018. The ship was knocked off its blocks and took on water.

The platform has an aviation hangar and flight deck that include four operating spots capable of landing MV-22 and MH-53E equivalent helicopters, accommodations, work spaces and ordnance storage for an embarked force. The platform will also provide enhanced command and control, communications, computers and intelligence capabilities to support embarked force mission planning and execution. The reconfigurable mission deck area can store embarked force equipment including mine sleds and rigid hull inflatable boats.