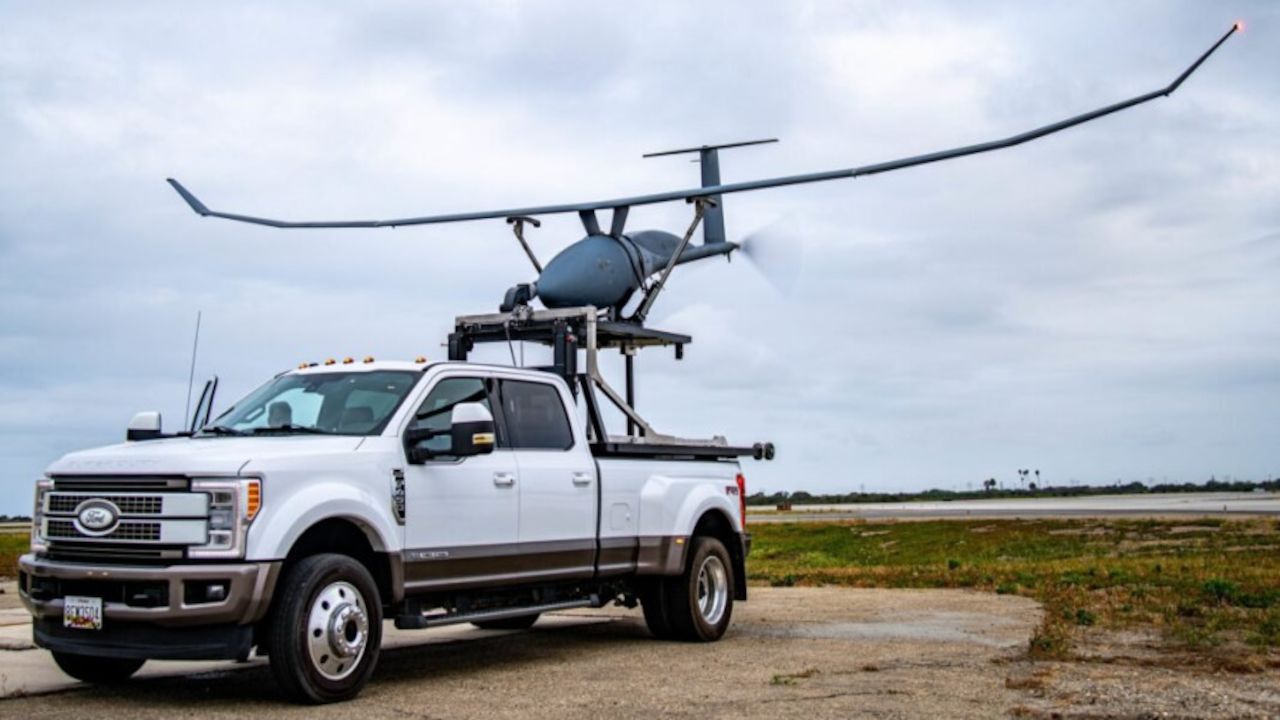 As noted by the company, Vanilla UAS has demonstrated world-record endurance, and is capable of multi-mission beyond visual line of sight (BVLOS) operations providing days of time-on-target or thousands of miles of search capacity on a single flight. No other system provides the endurance, payload capacity, and cost-profile of Vanilla Unmanned.

It can also be fitted with electro-optical sensors to provide intelligence, surveillance and reconnaissance data.

The drone system can be launched from a special platform installed on the pick-up.