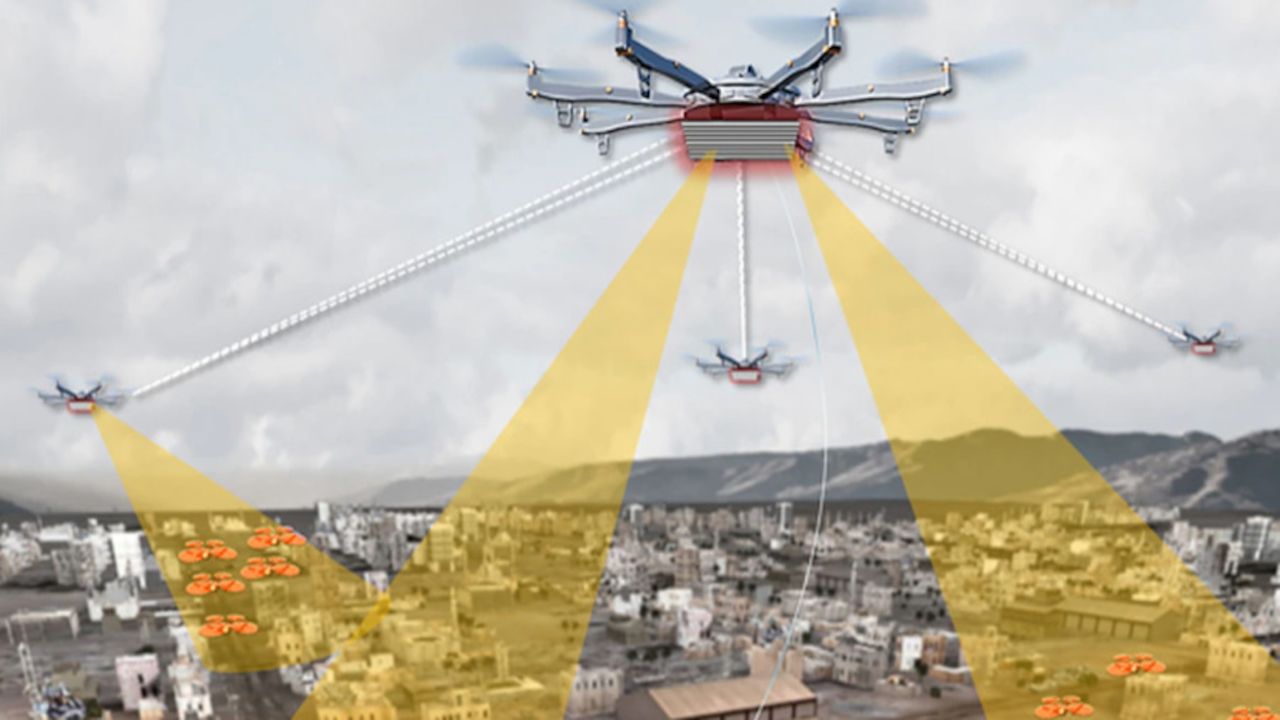 The U.S. Army is developing a number of counter-drone systems, using technologies such as directed energy, microwaves and more to defeat small unmanned aircraft systems. But in order to hit the drones, the military first needs to be able to see them. That’s difficult enough in the desert or in open areas, and it’s even harder to do in cities.

The government is concerned about the various dangers posed by small UAS, which can be armed with explosives or used to collect sensitive information.

“A small drone certainly poses a threat, and we’ve seen that at airports. We’ve seen on the news where they’ve been equipped with explosives. We’ve seen them used for ISR intelligence, surveillance and reconnaissance] capabilities. And these can be used against our soldiers as well as civilian populations, so there’s certainly a threat there, and they are widely available,” explained Zablocky.

DARPA wants Aerial Dragnet to eventually be able to interface with C-sUAS systems, passing along its tracking data from optical sensors, acoustic sensors and inexpensive radars so that the weapon system can defeat the threat. DARPA is targeting a price point of $20,000 for coverage of 20 square kilometers (about 12 miles), which Zablocky says is relatively cheap compared to other systems.

Aerial Dragnet was tested in San Diego in 2019 and more recently in Rosslyn, Virginia. The San Diego event was the first test of the system in a dense urban environment, and Zablocky said he was surprised how much clutter showed up in the data. Using data from that test, DARPA has been able to refine its signal processing algorithms, he said.

That effectively wraps up DARPA’s testing of the system, said Zablocky, and the agency is looking to transition the program to another organization for further testing and development.

“We’re in conversations now with transitioning that program over. There’s still a lot of research and development to do,” said Zablocky. “So we’ve brought down a lot of the risks. We’ve — as I said — collected a lot of data and have a much better understanding of what needs to be done, but to really turn this into a capability or product will still take some work, so we are in conversations with various organizations to pick it up and continue to run with it.”