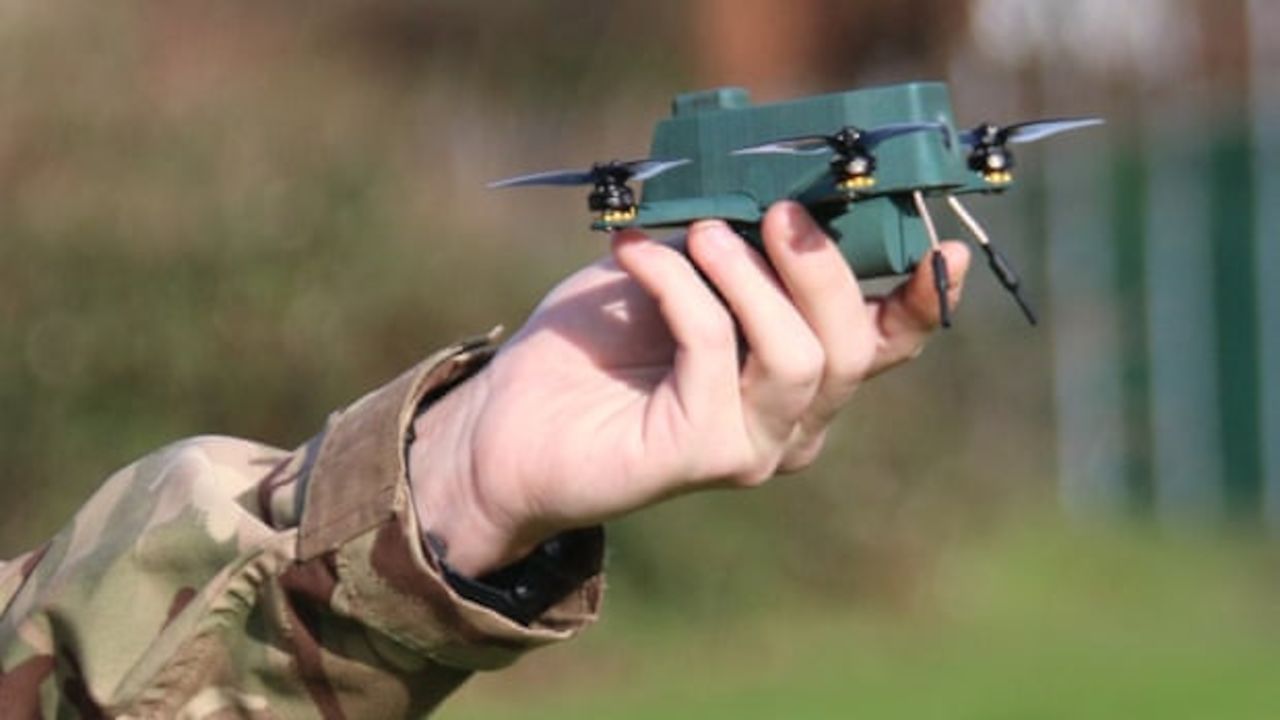 The British army has bought 30 “nano ‘Bug’ drones” for soldiers to spy on targets up to 2km (1.25 miles) away, in the latest step in the military use of controversial unmanned aerial vehicles (UAVs).

The drones are small enough to be held in the palm of one hand, and weigh 196g, about the same as a large smartphone.

Drones are already being used by armed forces around the world, in the form of high-altitude unmanned vehicles fitted with surveillance equipment or weaponry. Their use has been heavily criticised by human rights groups, with the US and Turkey among the countries using drones to assassinate enemies beyond their borders. The EU and the UK both have plans to use high-altitude drones to spot refugees and migrants in the Mediterranean sea and in the Channel.

However, the increasing capabilities of smaller drones, similar to those widely available to retail consumers, has led to their widespread use for monitoring in both civilian and military situations. At the same time, it has led to increased concerns about the lack of rules governing their use, as well as questions as to how they will actually be used by military forces.

Chris Cole, director of Drone Wars, an independent watchdog, said: “Drone warfare is evolving in multiple ways including the increasing use of nano surveillance drones like these new ‘Bug’ UAVs by individual military units. Such systems, however, can only give very sketchy intelligence and are likely to give a false sense of security and situational awareness to units on the ground.

“We have seen many times in the past commanders ordering airstrikes and other lethal action based on information obtained via remote surveillance only for the situation on the ground to have turned out to be very different with this false sense of understanding leading to civilian casualties.”

The British army’s new nano drones were manufactured by UK weapons manufacturer BAE Systems alongside UAVtec, a smaller developer of military drones based in Gloucestershire. The drones have a 40-minute battery life, with the ability to livestream video back to their controllers.

The manufacturers said the drone could handle wind speeds as high as 50mph, and had been able to deal with “uncompromising weather” during a recent army war-fighting experiment run by the Ministry of Defence.

Some autonomous equipment has already been deployed to Iraq and Afghanistan, and the head of the UK’s armed forces last month said that robots could make up a large part of the army by 2030.

BAE Systems said the companies were working on adding extra sensing equipment to the drones.

James Gerard, principal technologist at BAE Systems’ applied intelligence business, said: “In even the toughest weather, the Bug can deliver vital tactical intelligence on what’s around the corner or over the next hill, working autonomously to give troops a visual update.

“Combined with our other information advantage products, this video feed could be shared multi-domain, enabling commanders on land, sea and air to increase their situational awareness and inform their decisions.”