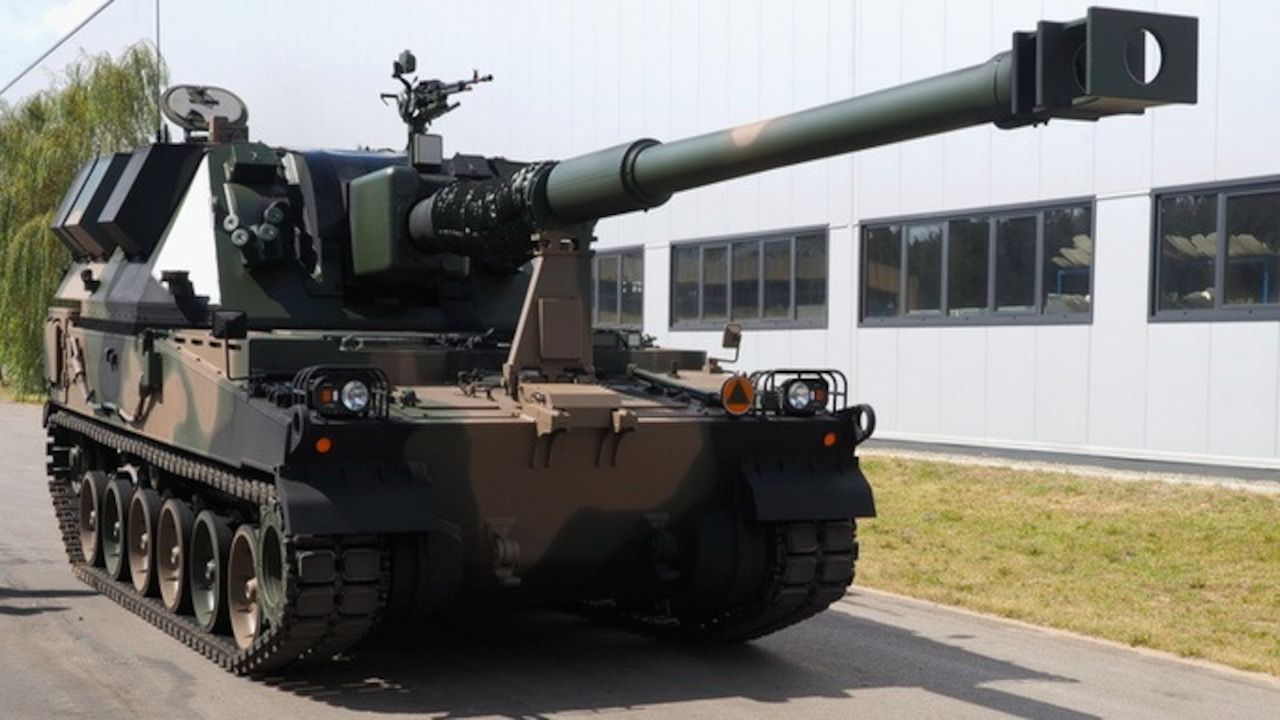 The 2S1 Gvozdika is a Russian-made 122mm self-propelled howitzer tracked armored vehicle. The first prototype was ready in 1969. The 2S1 entered service with the Soviet Army in the early 1970s and was first seen in public at a Polish Army parade in 1974. The 2S1 is armed with a modified version of the 2A31 cannon which is also fitted to the D-30 towed howitzer.

The 2S3 Akatsiya is a Russian-made 152 mm self-propelled howitzer tracked armored vehicle. The artillery system was accepted for service with the Russian army in December 1971 although production had commenced the previous year. The 2S3 Akatsiya is armed with the 2A33 152mm howitzer, which is a modified variant of the D-20 towed howitzer but with a bore, evacuator added behind the muzzle brake.

The KRAB is a 155mm self-propelled howitzer designed and manufactured in Poland by the Defense Company HSW (Huta Stalowa Wola) in cooperation with BAE Systems and OBRUM. The first prototype of the Krab was completed in 2001. The latest version of the Krab is based on the chassis of the South Korean K9 Thunder self-propelled howitzer fitted with an AS-90M Braveheart turret with a 52-caliber gun and WB Electronics “Topaz” artillery fire control system.