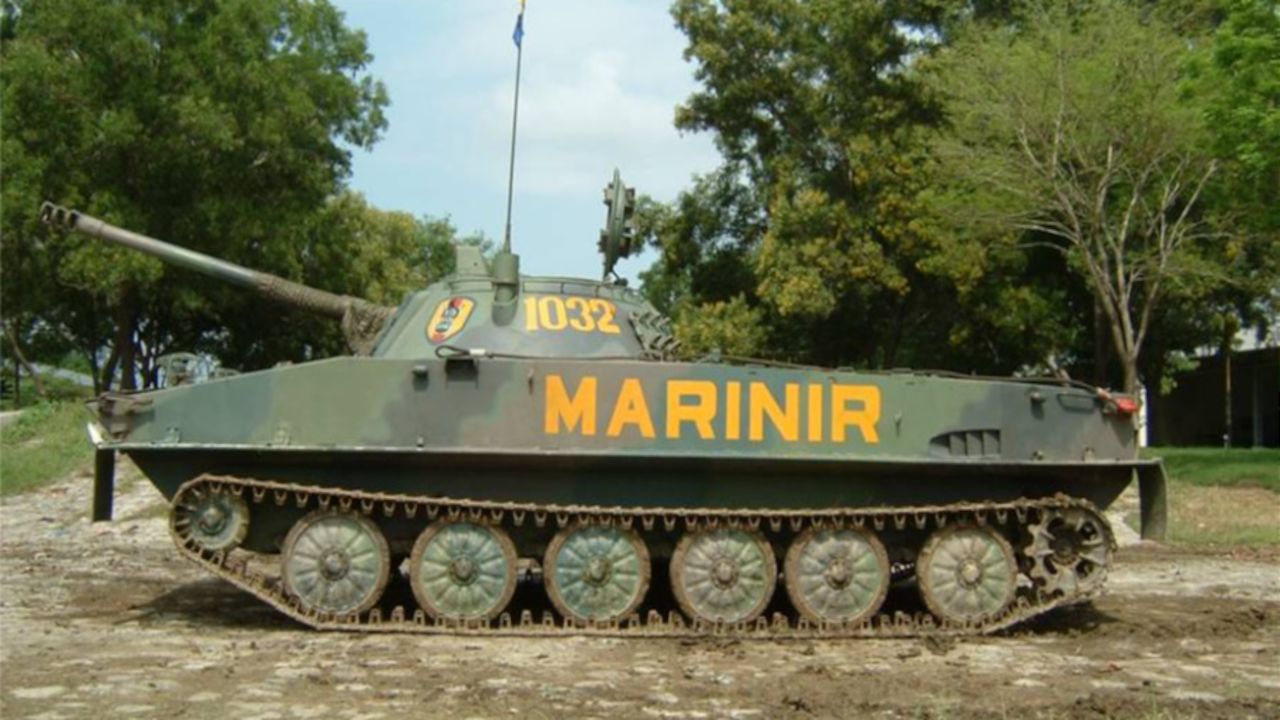 According to information published by the Ukrainian Defense Express website, Ukraine will upgrade the Indonesian PT-76 tracked amphibious light tank with the Belgian turret LCTS 90 designed and manufactured by John Cockerill.

The PT-76 is a Soviet-made amphibious light tank that was introduced in the early 1950s in the Russian army and used by the reconnaissance units. The vehicle is armed with 76.2 mm D-56T series rifled tank gun, which has an effective range of approximately 1,500 meters and a rate of fire of six to eight rounds per minute. This gun is 42 calibers long. The PT-76 carries 40 rounds for its gun.

According to the Military Balance 2020, Indonesia has a total of 71 PT-76 amphibious light tanks in service with the Indonesian Marine Corps and the Army.

The Cockerill® 90 mm is the most powerful 90 mm gun ever fielded on vehicles in the 10-20 tons GVW class. It is able to fire a full range of ammunition including APFSDS-T (Armour-piercing fin-stabilized discarding sabot ), TPFSDS-T (Target Practice, Fin Stabilized, Discarding Sabot - Tracer), HESH-T (High-explosive squash head Tacer), HESH-TP-T (Practice round), SMK-WP-T (Smoke ammunition) as well as the Falarick 90 Anti-Tank guided missile able to penetrate 550 mm with a maximum firing rangd of 4 km.

The Indonesian PT-76 will be also upgraded with a new engine, transmission, active protection system, digital multifunctional aiming and weapon control system, a modern navigation system, Harris radios as well as other improvements.

The Indonesian PT-76 light tank will be upgraded locally in partnership with Indonesian company PT Lumindo Artha Sejati and Ukrspetsexport from Ukraine.