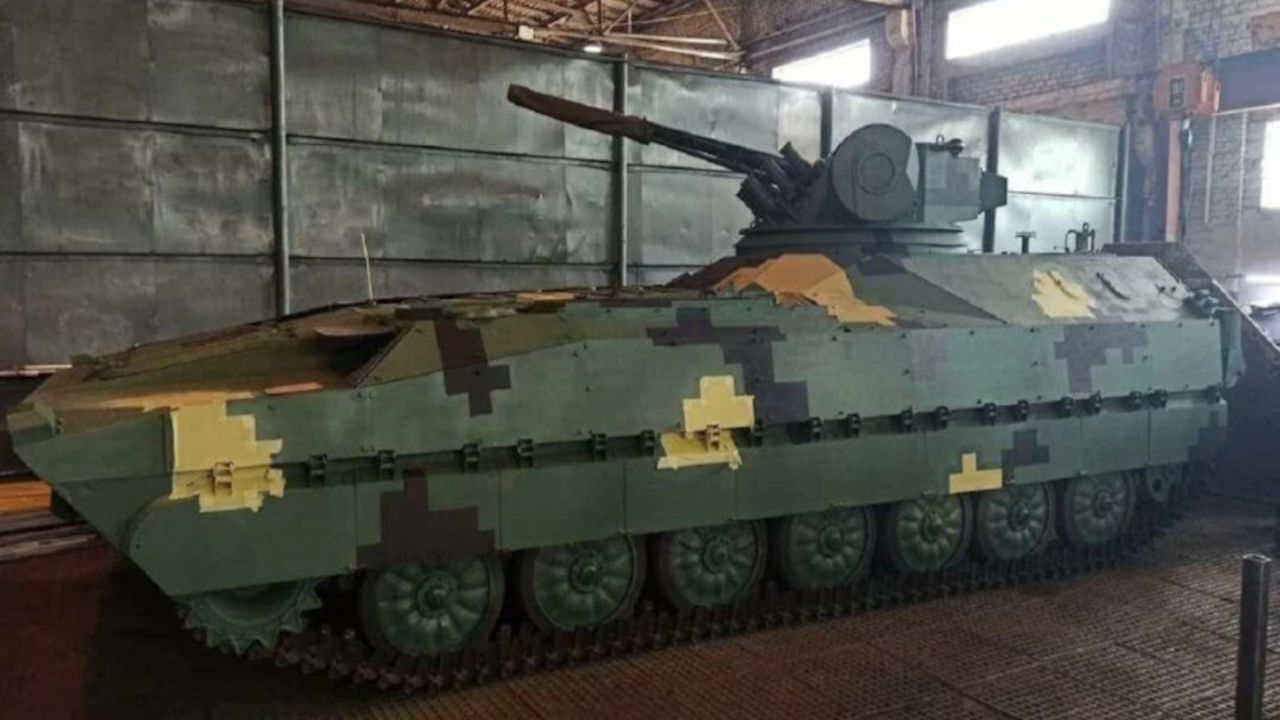 The private company is developing a new infantry fighting vehicle based on a Soviet 2S1 self-propelled howitzer. The new IFV use 2S1 multi-purpose chassis and equipped with new Shturm remote weapon station.

The hull is based on that of the Soviet 2S1 self-propelled howitzer with thicker armor and a special compartment for 6 three crew members: the driver, the vehicle commander and the gunner-operator. The compartment can also accommodate 6 fighters. Earlier it was reported that the new vehicle proposed the installation of Raketka reactive armor elements, which is a light version of Knife reactive armor, which was developed specifically for light armored vehicles, as well as Shershen (Zaslon-L) KAZ.

The engine compartment is to the immediate rear of the front crew members with access hatches provided in the roof. The exhaust outlet is on the right side of the hull with the air inlet and outlet louvres being in the roof on the left side, in a similar arrangement to the 2S1 self-propelled artillery system.