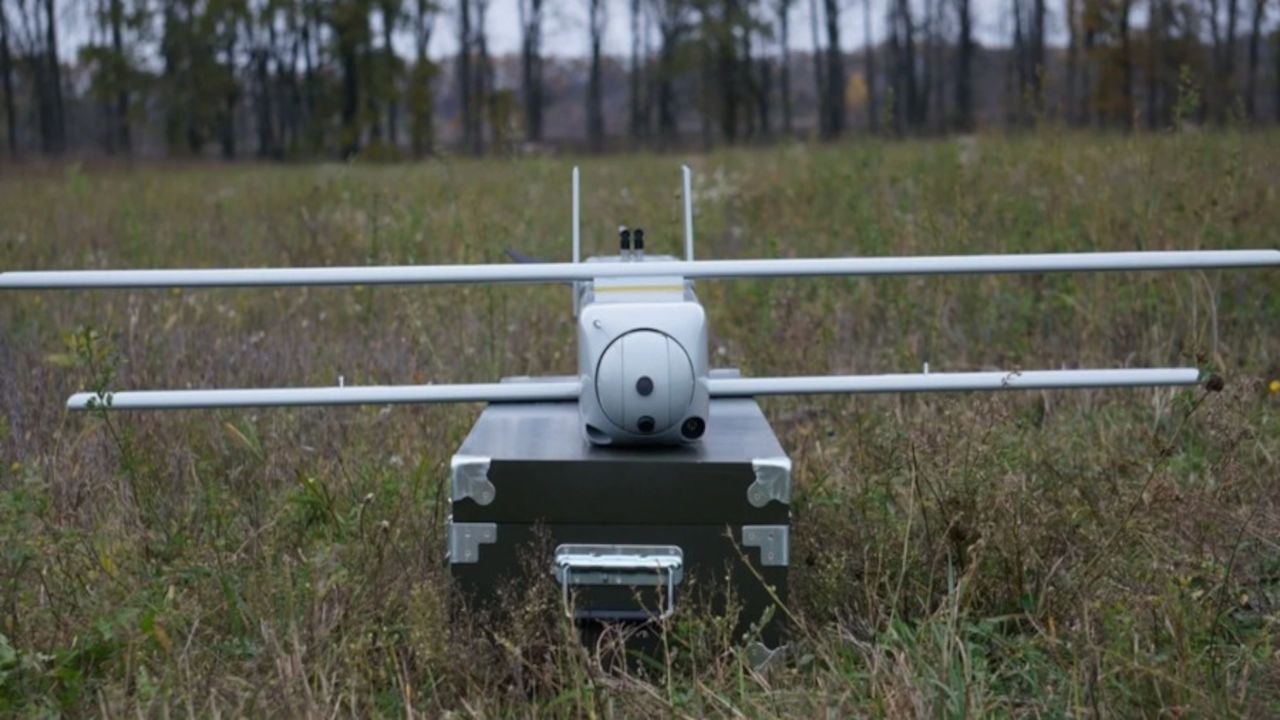 A.Drones is one of these companies that developing loitering munition, also known as a suicide drone.

Ukrainian innovative research and production company specializing in the design and manufacture of unmanned aerial vehicles and unmanned ground transportation systems is working on new Pilum loitering munition which considered a mix of cruise missiles and drones.

As noted by the company, the new Pilum loitering munition has the endurance to fly 50km) and make multiple orbits above a target before striking.

Equipped with a camera, the stealth drone once launched can ‘loiter’ in the air relaying imagery to troops on ground. When the troops see a promising target, they can order the drone to dive onto the target and detonate its 2 kg warhead (5 kg in the version of the gliding bomb).

A feature of the unmanned aerial vehicle is a modular layout that allows the mini-aircraft to be used with minimal structural changes in versions of ground launch (from the container) and air launch (from the carrier drone).

Pilum operates in the same network environment according to the same standards and protocols with other drones, which makes it possible to use a carrier aircraft as a signal relay for guiding a buzz bomb at a great distance from the ground station.

A loitering munition weapon system, called the ST-35 Silent Thunder and developed by the Athlon Avia company, has a vertical trajectory of target attack Silent Thunder can destroy the target in a densely built urban area with minimum risk of harm for civil human, infrastructure and minimize the level of collateral damage.

According to a company news release, ST-35 Silent Thunder was developed using modern technological solutions and designed to improve operational capabilities and the level of radar, visual and acoustic invisibility.

The new stealth drone can use a wide range of warhead types (high explosive, thermobaric, incendiary, cumulative) for accuracy hitting of important targets and critical infrastructure, including Radars, EW systems, elements of communication and control systems, ammunition, and fuel depots, suppression of firing points, etc. The X-layout biplane scheme is best suited for such purposes and guarantee high rates in horizontal flight and in targets hitting.

The system is designed to be carried in backpacks and has a mission set of 3 loitering munitions that can be carried by the unit of three people in three backpacks each ~15+ kg.