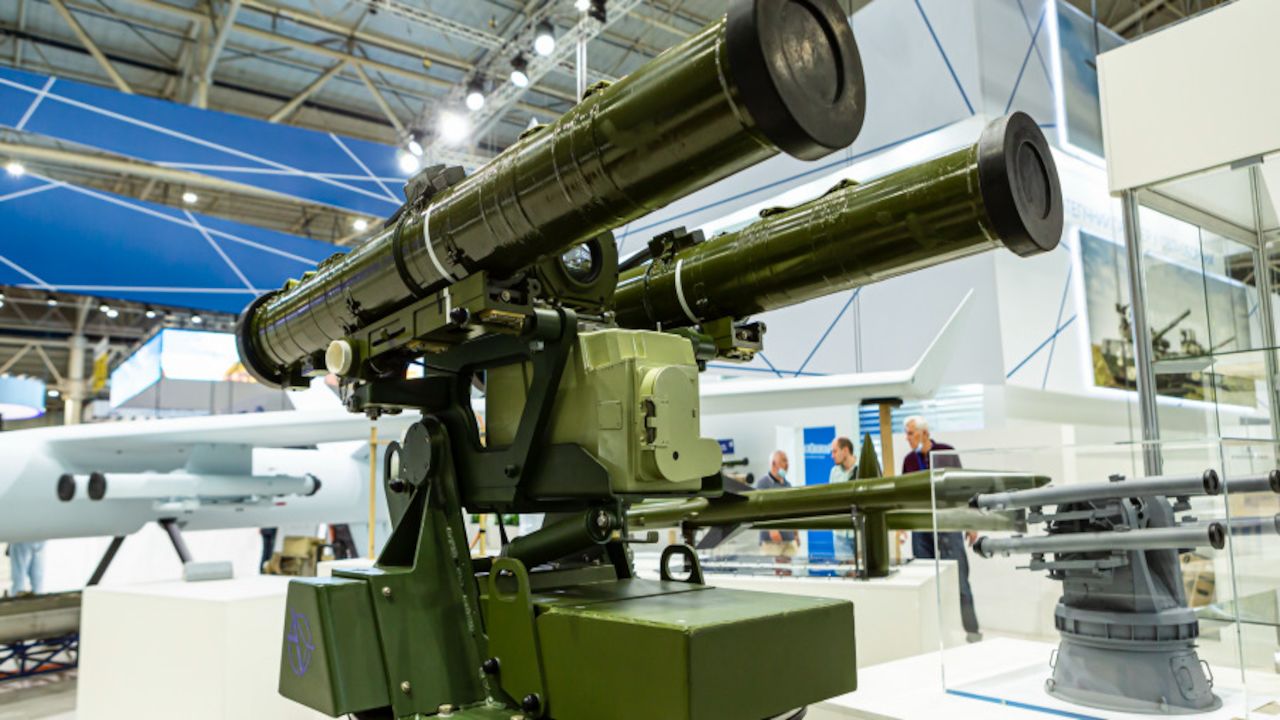 Ukrainian defense manufacturer, Luch Design Bureau, which is located in Kyiv unveiled a new multi-mission weapon system, named Amulet, at the Arms and Security exhibition being held in Kyiv on 15 -18 June unveil.

Luch announced that a new weapon system is developed as a multi-mission launcher for guided 130 or 152mm missiles.

Modular launcher equipped with two missiles on a stabilized rotating platform in order to integrate weapon system with a wide range of combat vehicles.

As noted by the company, the Amulet system is equipped with a thermal imager in order to be effectively used day and night and in all weather conditions.

The Amulet is designed to go up against heavy and light armored targets from a distance of 100 to 6,000 meters, according to a company statement. The launcher is able to fire 130mm and 152 mm caliber missiles with tandem charge (RK*-2S, RK-2M-K) and high-explosive fragmentation (RK-2OF, RK-2М-OF) warheads.