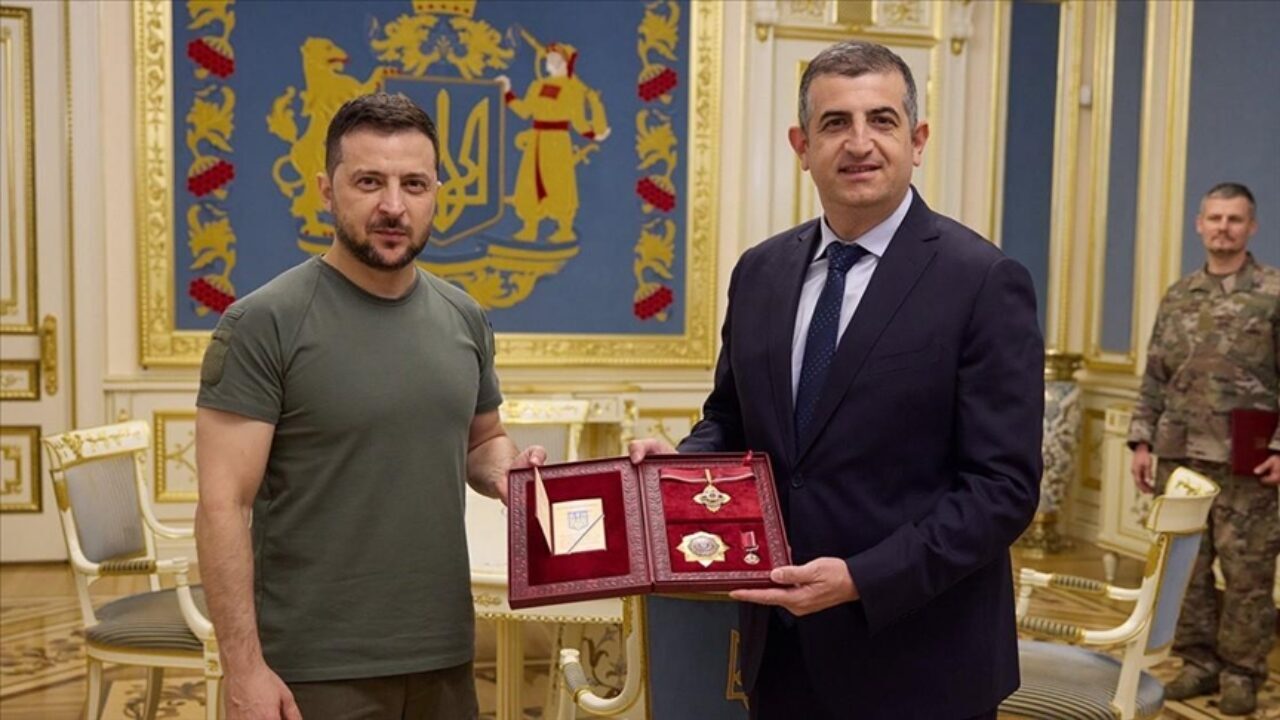 Volodymyr Zelenskyy's office said in a statement that he met Haluk Bayraktar, Baykar's CEO and "presented him with the Order of Merit, first class."

"The meeting participants focused on the further cooperation of Ukraine with the company to strengthen the defense capabilities of the Ukrainian Armed Forces," Zelenskyy's office said.

Zelenskyy and Bayraktar also "discussed the details" of the construction of a Baykar plant in Ukraine and the production of "new goods using Ukrainian parts," it added.

He also thanked Türkiye for its support amid the Russia-Ukraine war.

Bayraktar also confirmed the meeting on Twitter, sharing a photo alongside the Ukrainian leader.

"I would like to thank Mr. President for this valuable recognition. I will continue to strive for a world where peace and justice prevail," he added.

The Turkish combat drone Bayraktar TB2 is seen as pivotal in conflicts ranging from Karabakh to Ukraine. People in several countries started fundraising campaigns to buy more of the useful drones for Kyiv amid its war with Russia.