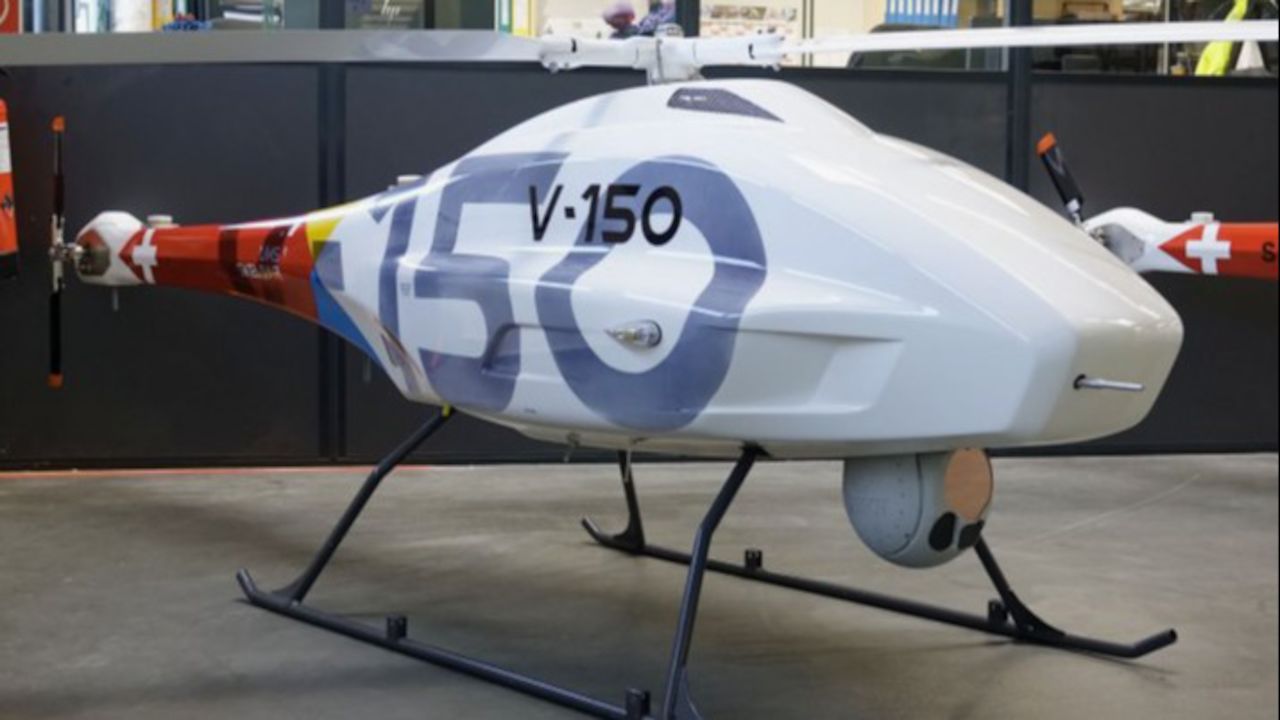 UMS Skeldar has conducted a series of remote autonomous flights with its new V-150 unmanned aerial vehicle (UAV), which could eventually enable military operators to centralise much of the operational and data processing requirements of the system and reduce the burden on local crews.

The V-150 was launched in March as a smaller and more cost-effective option than the larger V-200 system and can carry multiple payloads across two payload bays (up to 30 kg in the main bay and 12 kg in the nose). For example, it can be fitted with a combination of electro-optical/infrared (EO/IR) and signals intelligence (SIGINT) sensors for land missions, while for maritime missions it can support EO/IR sensors and small tactical synthetic aperture radar (SAR) systems.

The remote autonomous flights were conducted by potential customers in several continents, with the platform based in Switzerland and overseen by UMS Skeldar. The company stated that the software within the V-150 was enhanced to make it fully automatic, enabling an operator to control the UAV from thousands of kilometres away as opposed to commanding the air vehicle from an on-site ground control station (GCS).

Joschka Höfling, the company’s head of product development, briefed the media that the operators were based in several locations around the world, including the UK. He explained that remote control required a new avionics system, and identified a number of potential military applications for the system, including intelligence, surveillance, and reconnaissance (ISR).