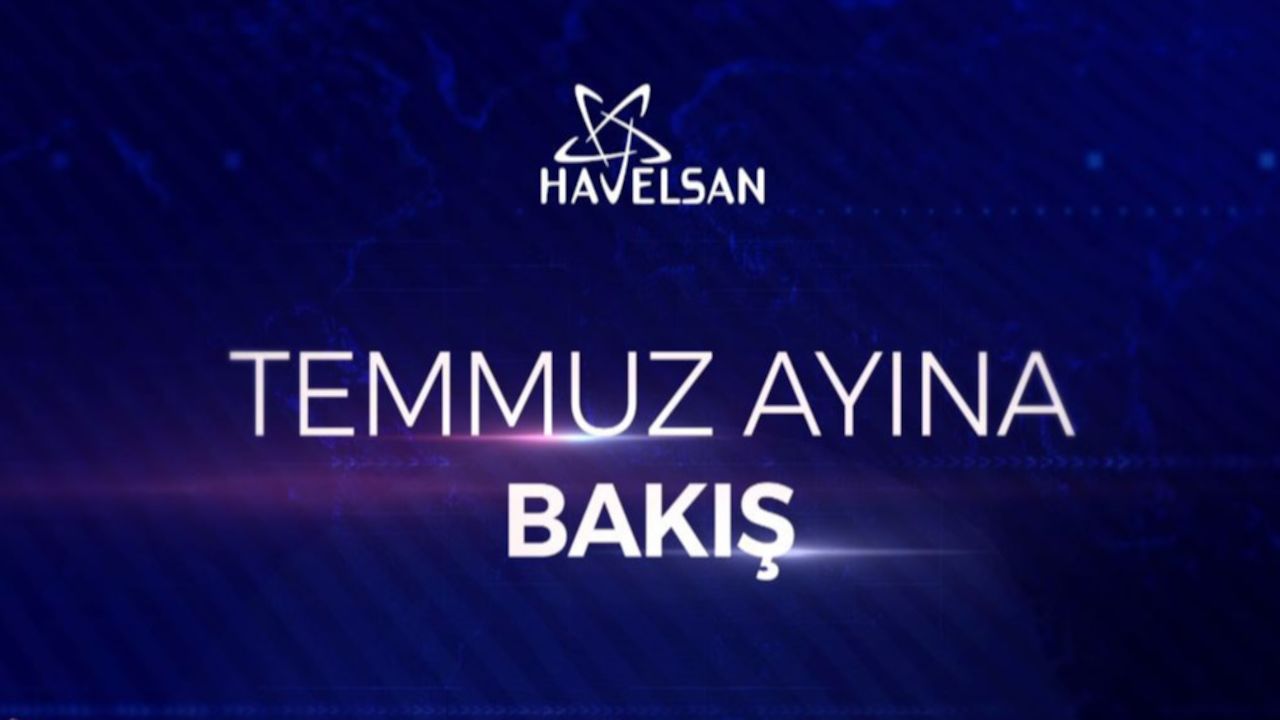 TURKEY’S FAVORITE COMPANY HAVELSAN IS 38 YEARS OLD
Founded on July 13, 1982, HAVELSAN celebrated its 38th anniversary with a movie in which its employees took part. HAVELSAN Senior Management also celebrated the foundation anniversary by publishing thanking messages to the personnel.

NACAR FULLY APPOINTED TO THE GENERAL MANAGER POSITION
The Deputy General Manager for Education and Simulation Technologies, Dr. Mehmet Akif Nacar was appointed as the General Manager with the decision of the Board of Directors.

INTERVIEW THROUGH THE FIRST REAL INDEPENDENT 5G CELL PHONE IN TURKEY
A call was made with a real 5G standalone mobile phone over a real 5G standalone base station. The 5G core network project developed by HAVELSAN with stakeholders, was successfully installed on HAVELSAN's virtualization and cloud platform.

HAVELSAN RECEIVES AUTHORIZED RESPONSIBLE CERTIFICATE
HAVELSAN, which has received the Authorized Economic Operator Certificate (AEO) issued by the Ministry of Commerce, will have the opportunity to further increase its speed in world trade and to further reduce its costs in international trade.

NACAR, HAVELSAN GENERAL MANAGER, MET THE INTERNS
Dr. Mehmet Akif Nacar met with the young people who gained the right to an internship at the company through Havelsan video conference system. Dr. Nacar stated that HAVELSAN was the defense industry company that accepted the most interns during the summer internship period.

EID CELEBRATION CEREMONY HELD IN HAVELSAN
The Chairman of the Board of Directors Mustafa Murat Şeker and the General Manager Dr. Mehmet Akif Nacar celebrated Eid with the employees through HAVELSAN Dialogue. Şeker and Nacar thanked the staff for their successful work.

HAVELSAN IS 'PEOPLE'S FAVORITE' AT GOLDEN SPIDER AWARDS
In the 18th Golden Spider Awards, where the websites of companies and institutions were evaluated by professionals and the people participated with their votes, HAVELSAN's renewed website became the "People's Favorite" in the "Production & Industry" category.